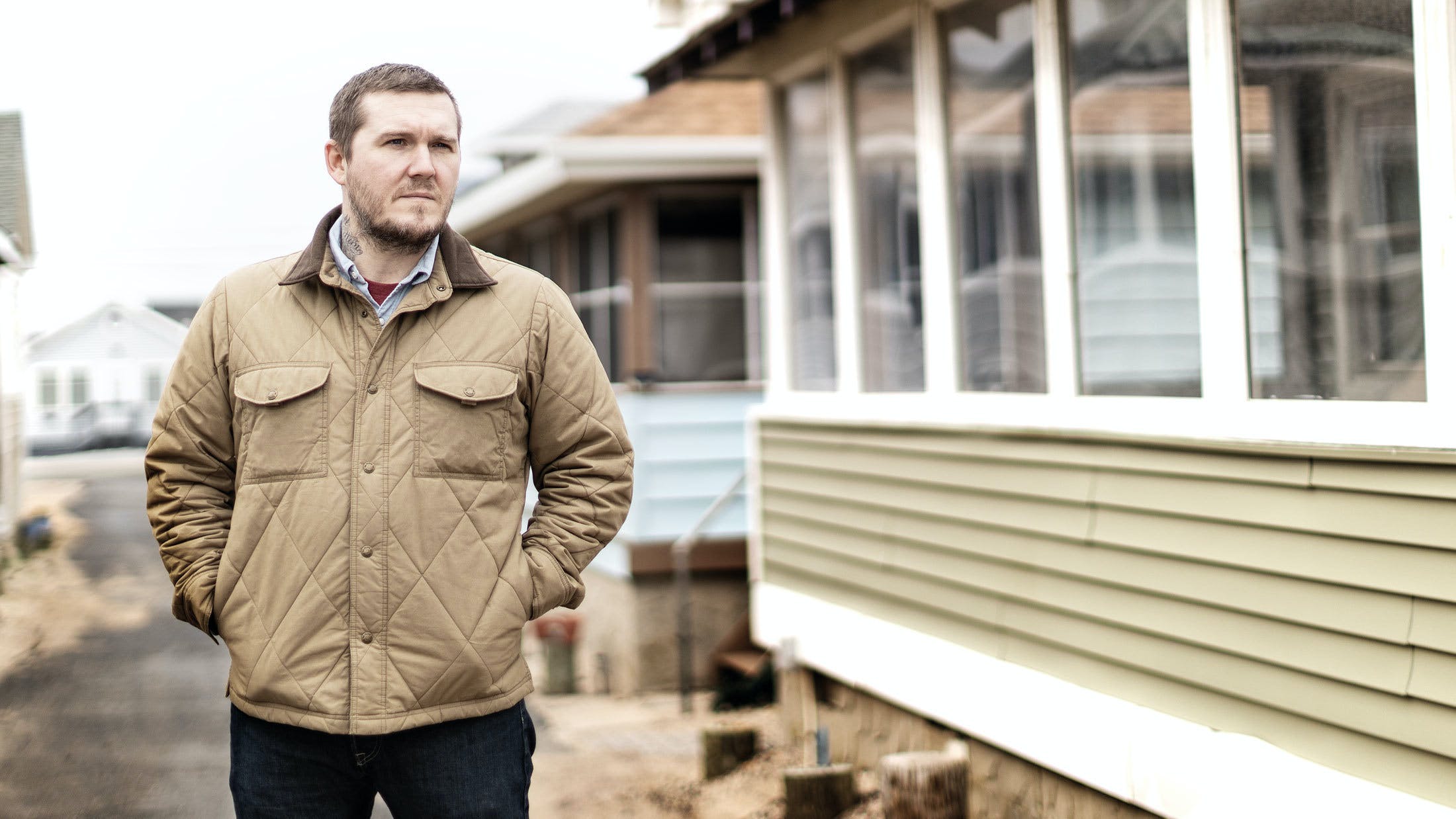 Ever wondered what parts mending a roof, high-school tunes and not wanting to be Bon Jovi can play in your music career? Let Brian Fallon explain…

“I was about three or four years old. It’s hard to say if it properly registered with me straight away, but I’m sure it did, because I remember it. And when I hear it now, it definitely reminds me of being a kid. Are there positive memories attached to it? Oh yeah!”

That song that made me want to be in a band…

“I was in a car with my mom when I heard it, and it was the first time that it dawned on me that you didn’t have to be a prodigy or anything to make music. This was probably the early ’90s or late ’80s, and at the time music was all these guitar shredders. Everyone was super talented – there were people like Madonna and Mariah Carey, and then all these guitar players from the ’80s bands. I was just starting to play guitar and I was thinking, ‘I can’t do that – this is going to be a long journey.’ But then I heard Bob Dylan, and it was very simple: drums and an acoustic guitar and a couple of other instruments. He wasn’t really singing, and there wasn’t this big, Bon Jovi-style chorus; it was almost just, like, talking. I was like, ‘Wait a minute, you can talk during songs?!’ Then that expanded everything, and I realised that music was possible in other ways from what you were hearing on the radio. Then that steered me into, ‘You don’t have to play what’s on the radio,’ which has become my mantra!”

The song that reminds me of high school…

“This [memory] is so vivid – wow! Oh my goodness… it’s a sad song. It came out the same year that I was graduating high school, and everyone played it over and over and over again. It had terribly sad lyrics, and it was just this horribly depressing song that I was graduating to (laughs). Would I listen to this song nowadays? No! I wouldn’t listen to it again now – I just didn’t have a choice at the time, because it was on literally everywhere I would go.”

The first Gaslight Anthem song I ever heard on the radio…

“I was working on a roof, and I heard it on the boom-box. We were all like, ‘Wait a minute… that sounds familiar! We were hammering shingles on the top of a roof one summer, and it was pretty hot. That was the first time I’d ever heard myself on the radio, and I was pretty excited. I didn’t recognise it right away, but my boss did – he was like, ‘Hey, that’s your song!’ He made me put down my hammer and we listened to it. He turned it way up, and he was really excited, too. He said, ‘You’re not going to be working here long.’ I don’t know about ‘freaking out’ when that sort of thing happens, though – people talk about being freaked out when something good happens. I don’t!”

My favourite song to play live…

“It’s hard to pick one, but I really like this. People seem to like it, too – they sing to it, and it’s really fun. Everybody seems to get picked up when this song comes on, which I like. I sometimes play it in different ways, too. I like songs you can change depending on how you feel.”

The song that I wish I'd written…

“There’s a million songs I wish I’d written! This is a beautiful song, and it carries you through a story at the same time. It’s almost like a play, because you enter this scene, and the lyrics take you through a picture and these events, and then the music goes with it. [This version] is beautiful, and it’s really well orchestrated.”

The song I want to be remembered for…

I haven’t written it (yet)

“I don’t have one that I wanna hang my hat on just yet. It’s not that they’re not good songs, but I don’t think you can say that, because then you’re sort of saying that you’ve done your best work, which kind of makes it seem like that’s the end of it.”

“It’s a live version from Italy – she changes the whole feel of the song and starts singing about her life. It’s a pretty happy song, and it’s kind of uplifting. You can search for the version on YouTube: she’s got a silver dress on and she’s sitting at a piano, and it’s only about two minutes long. She stands up in the video, so if you’re watching it and she does that, then that’s the version I want at my funeral!”