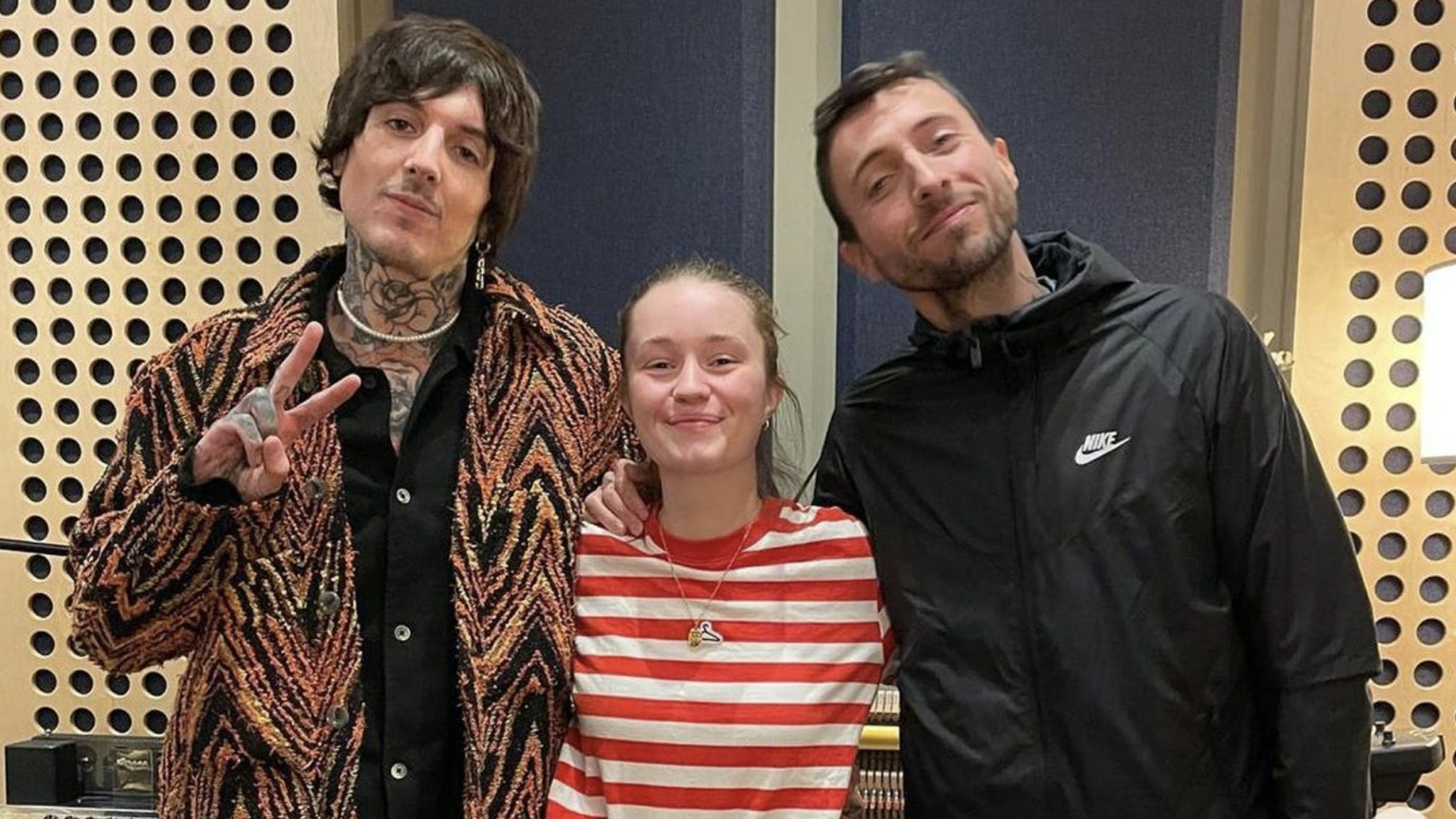 From Cheat Codes to Poorstacy to Tom Morello, the members of Bring Me The Horizon have seemingly been jumping at the chance to work with just about everyone this year – and they're now teasing a new collab with Sigrid.

The Norwegian pop superstar has shared that she's been in the studio working with "legends" Oli Sykes and Jordan Fish, sharing a photo with the pair as well as a short piano cover of MANTRA.

In the MANTRA video – which is captioned: "Just wait ’til you hear what we wrote…" – Sigrid sings the amo single's huge chorus as Oli and Jordan pop up in the background, before the frontman jokingly comes closer to the camera to sing 'Mantra', much to Sigrid's amusement.

It's not clear yet what this song might be used for, but of course Bring Me The Horizon have also been hard at work on the next EPs in their Post Human series.

Speaking to Kerrang! in September, Oli said of where the band's mindset is at with each EP: "We’ve got the general keywords of what we want, but whether they end up like that we’ll have to wait and see, because they just become what they become. I know basically what I want the third one to sound like, and the fourth one, but it will be a lot of experimentation until we hit the right the right mood.

He added, "It’s almost going to be a progression through each record, and then the last one’s going to regress. The way they work is actually part of the story of each EP, and the kind of overall message of what these EPs mean is going to be displayed in the sounds, which probably makes no sense when I say it out loud!

"But I’ve got a plan for them. I’m not gonna say what they are because they might come out completely different and I don’t want to disappoint anyone."