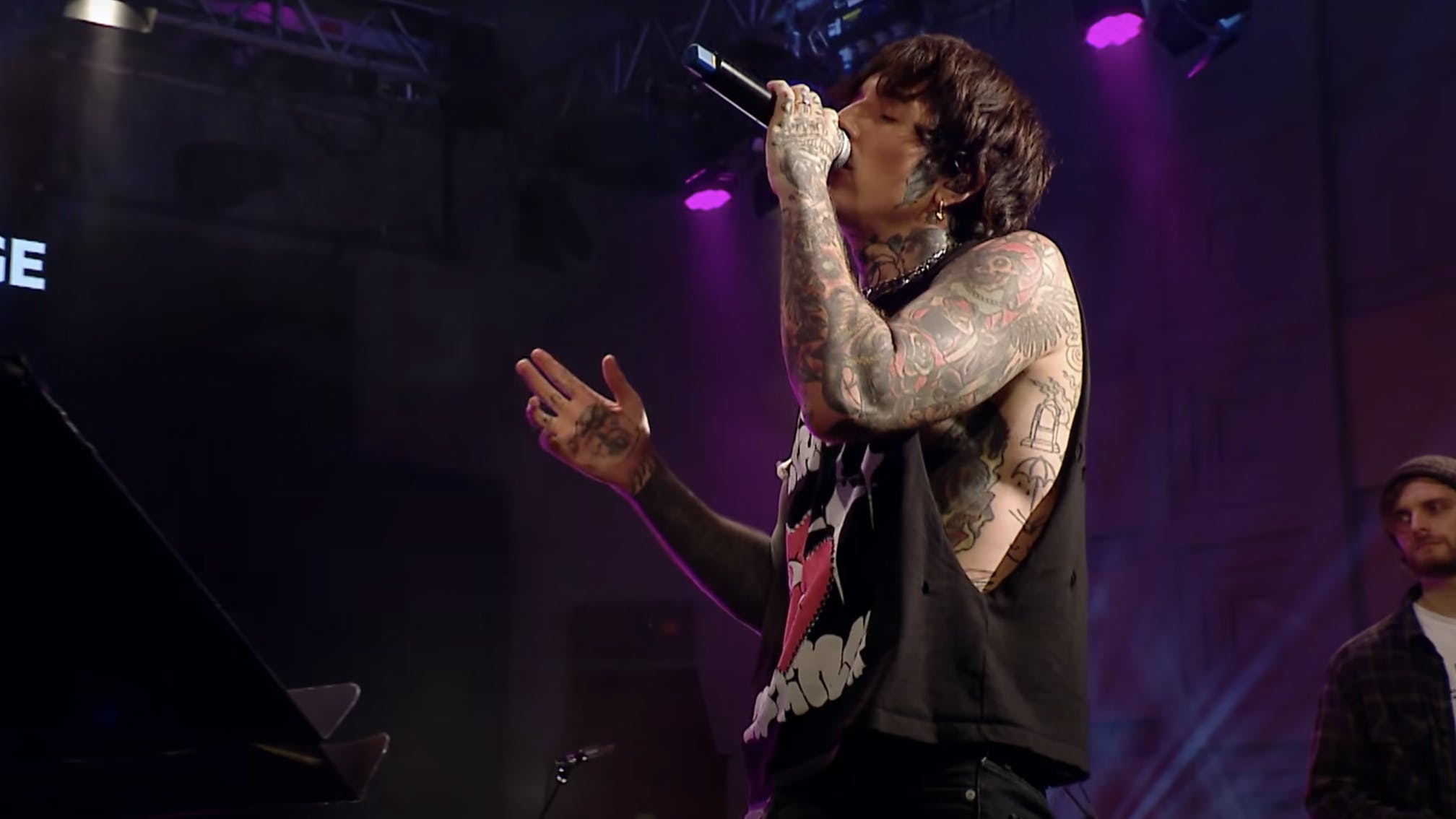 The Sheffield rock titans made their Live Lounge debut in style, choosing to cover massive TikTok hit Mood simply because, according to Oli Sykes, they were sent a long list of tracks and picked that one out!

"I mean, that song's been out a little while – I heard it last year and I really love that song," the frontman explains (transcribed by Kerrang!). "In fact, when we were writing for this new record [the second Post Human EP], some of that kind of sound was influencing songs like DiE4u.

"I was quite familiar with it, I really love the track, and it's so catchy as well. And it felt like we could do something a little bit more in our world with it."

Check out both performances below:

In an exclusive interview with Kerrang! earlier this month, Oli revealed that, as well as working on Post Human EP2, the band already have ideas for the third and fourth instalments of their planned series.

"We’ve got the general keywords of what we want, but whether they end up like that we’ll have to wait and see, because they just become what they become," he said. "I know basically what I want the third one to sound like, and the fourth one, but it will be a lot of experimentation until we hit the right the right mood. The third one is going to be kind of easier, the fourth one is going to be an interesting challenge, just because of what I want to do with it.

"It’s almost going to be a progression through each record, and then the last one’s going to regress. The way they work is actually part of the story of each EP, and the kind of overall message of what these EPs mean is going to be displayed in the sounds, which probably makes no sense when I say it out loud!

"But I’ve got a plan for them. I’m not gonna say what they are because they might come out completely different and I don’t want to disappoint anyone."

Bring Me The Horizoniann dior