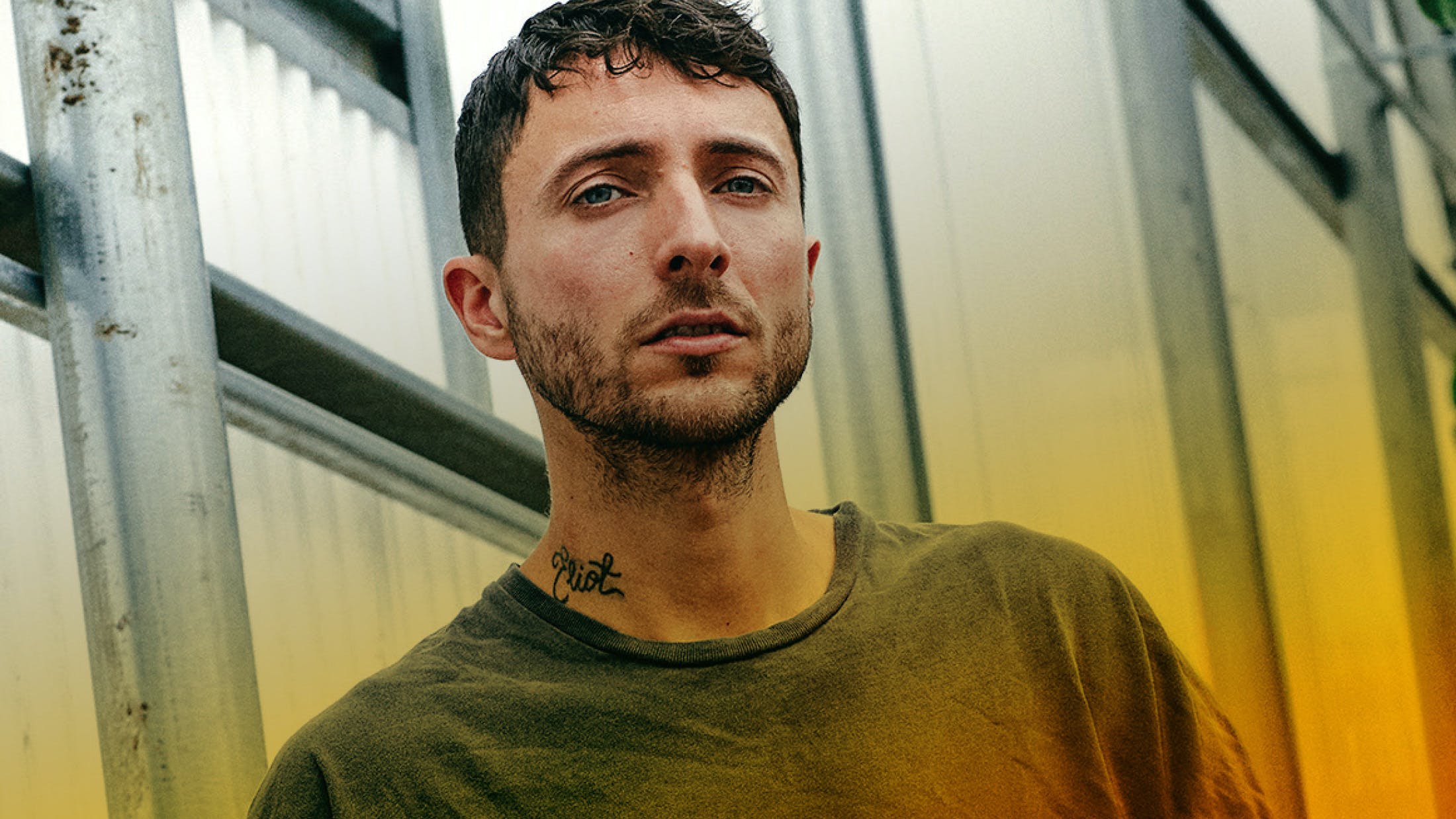 Like everyone else, Bring Me The Horizon’s Jordan Fish has taken up running this year. He’s got some good personal bests, too. No touring means he’s got to spend more time being a dad as well. Somewhere in between, he’s also managed to do a new Horizon EP – and they’re about to get cracking on another…

How’s lockdown been for you, Jordan?
“It’s been alright. At first I wasn’t too keen on it, but if you’d said to me this time last year that I could have a whole year off and spend time at home with my wife and kids and pick up where I left off, I probably would have taken it. I’m trying to think a bit like that, rather than stressing out that we haven’t been active as a band, and just trying to enjoy what I can. It’s quite hard to stop the wheel of being in a touring band once you’re in the swing of it, and I’ve been in that cycle for eight years now, so it’s been alright, especially towards the end of the year. I’m trying to appreciate it as much as possible. Obviously a lot of people have lost loved ones and jobs, and it’s been terrible and I wouldn’t wish to make light, but I’ve been looking for what positives I can, the main one of which has been spending time with my kids and my wife.”

You’ve still been working, though, doing the Post Human: Survival Horror EP…
“Yeah, and to be honest that took up most of the year. In the first lockdown and through summer we were pretty much heads down working on that. I felt like I missed, like, six months of all that stuff just working long days on that anyway. It wasn’t ’til September that I felt like I was done and could just chill! First we were working out what to do, which is always an issue for us – sitting down and trying to work out the next move!”

There’s some cool surprise guests on there as well: Amy Lee, BABYMETAL, Nova Twins and YUNGBLUD.
“I think a lot of the record was shaped by what was going on anyway, not lyrically, but how we had to approach it. We were kind of up against it having to work using FaceTime and stuff like that, but I think that’s why we but did some of the things we did. We haven’t regressed, but we’ve definitely incorporated more stuff from the previous eras that we’ve specifically avoided doing before, so that’s partly down to the nature of the fact that we had to write over FaceTime – we had to rely on what we know works and played to our strengths. The guests sort of fell into place naturally – we’ve toured with BABYMETAL and YUNGBLUD, so it fit together quite easily.”

Did working on FaceTime rather than in a room, face-to-face, make you rethink how you work?
“Not really. I thought it was going to be a really big stumbling block, but you get used to it quite quickly. In a way I preferred it, because it gave everyone their own space. In our own way, Oli [Sykes, frontman] and I like to work separately – when it’s time for lyrics, he’ll just go, and he really likes to do it and make sure what comes back is really good. So he won’t just throw random shit out – he’ll really focus. And I like to get really into the technical, musical shit, so it’s good to work alone on that. That’s a bit harder when you’re together, because you’re over each other’s shoulders, but also I’d normally be in his house in Sheffield, so I’m away from home and stuff, so doing it in my own house definitely worked for me. It’s slower, but it worked!”

Have you all actually been in a room playing music together since this started?
“No, but we never really do that anyway. We rarely even practice. But we were together in January, then we split, and then we stayed in over lockdown. On the Parasite Eve video I saw Oli, and then for the Teardrops video in September, I saw everybody then except Vegan [Matt Kean, bass], that’s it! It’s been weird. This is the longest we’ve gone without seeing each other for eight years. For them, it’ll be 16 years, since the beginning of the band. That’s something people have found this year, not seeing friends and family for the longest time.”

What else have you been up to that you wouldn’t normally get to?
“I’m not gonna lie, and I know it’s probably not very exciting to read, but I’ve tried to dedicate as much time as possible to being a dad. The only other thing I’ve been doing is running. It’s a clichéd thing and everyone else has started it, too, but I’ve got really into running. I go all in with things when I do them, so I’ve given up a lot of things like smoking and drinking because that’s not good if you’re just at home, so running is my new thing I’ve picked up. And it’s weird – when you’re told you can only go out once a day for exercise, suddenly you’re like, ‘I can’t wait to get out and exercise!’”

Has 2020 taught you anything?
“Just an appreciation for everything we have, even things we take for granted like the ability to travel to a different country. You grow up knowing that, if you’ve got the money, you can go on holiday basically anywhere. Having that taken away from you feels very strange. I’m really craving going somewhere else at the moment. I guess I appreciate the amount of freedom we have as well. We’ve had a taste of what it’d be like to live in a society that is more controlling than we are normally, and it’s made me appreciate the freedoms we have, and things like shows that we don’t appreciate enough. And sometimes – it doesn’t matter who you are – you can end up taking things like shows for granted. I look back at times where we’ve done an amazing show and I’ve been like, ‘Nyah,’ and think: ‘What a dickhead.’ The pause makes you really, really want that again.”

You’ve got them booked in for next year. Excited?
“Yeah, it should be good. Hopefully it happens! We’ve announced an arena run, which is going to be cool. We haven’t done an arena run like that since about 2015. We haven’t done the O2 for a while, so there was a bit of nerves about that going on sale. But unless you’re Justin Bieber or someone you’ll always feel like that about it. But they’re selling really well, it looks like it’ll sell out, and I’m really looking forward to having big shows like that to play – it’s going to be such a vibe. We’re planning on playing most of the new record, but that makes a challenge because you have to think how you’re going to fit everything in. Our drummer [Mat Nicholls] was like, ‘I guess we have to play for fucking ages, then.’ My dream is to do three hours, basically, which is an ongoing battle between me and him! We may have another record out by then as well…”

Oh yeah?
“We’ve been writing on and off for quite a while, so there’s a lot of material that’s being worked on. But we haven’t properly got into the rhythm of writing the next EP yet, we’ll probably do that in the New Year. The whole thing’s different to how we planned. We planned to do four EPs in a year, but the last one was almost an album, so I think the spacing will be a bit longer than intended, just because they’re probably going to turn out bigger than intended. That doesn’t matter, as long as they’re all really good.”

My Year 2020Bring Me The Horizon