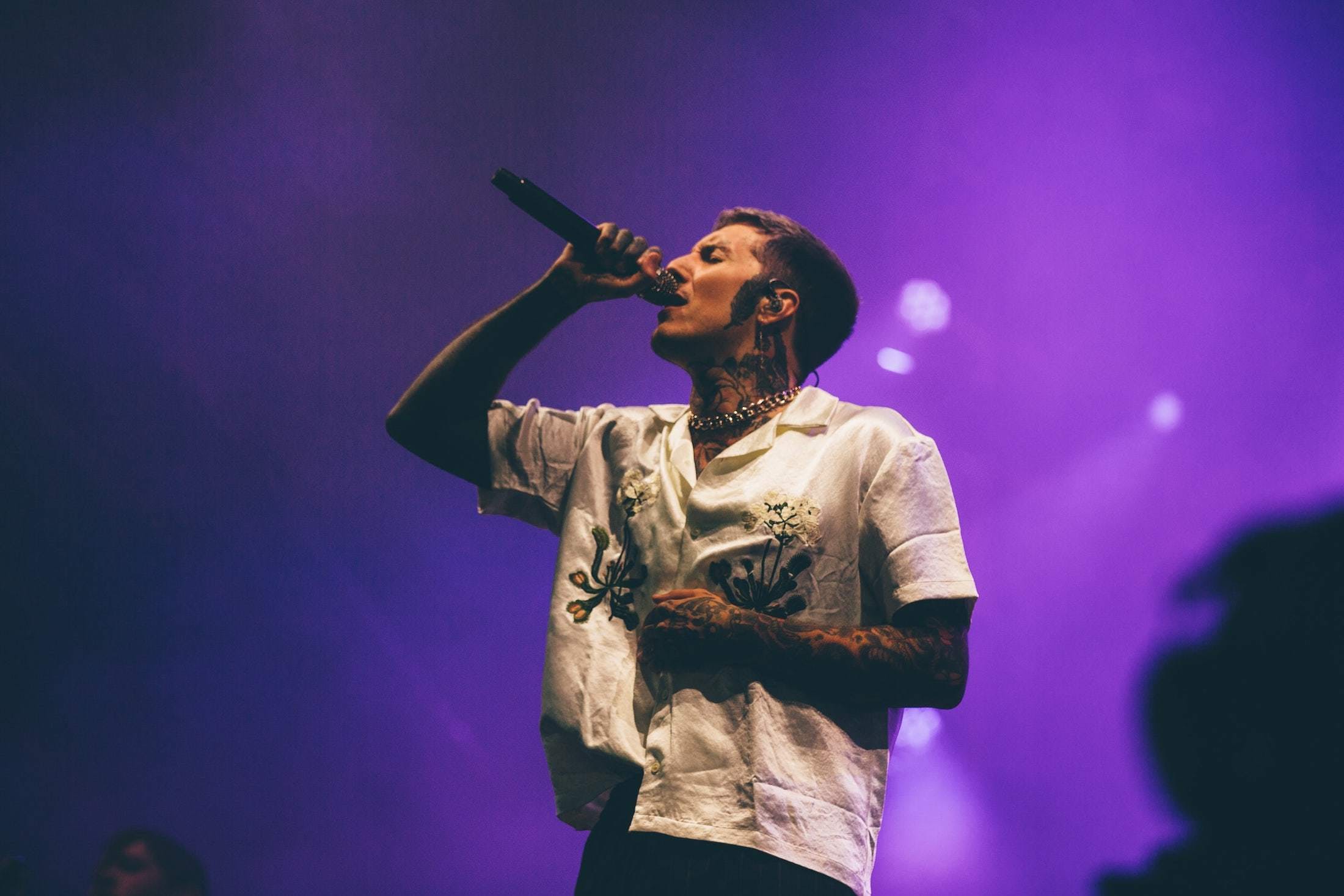 The rumours were true. The writing was on the wall. Literally on the wall, in the form of a giant billboard in central London. ‘Do you wanna start a cult with me?’ That was an invitation to salvation extended to those with an open mind. This however, is An Invitation To Salvation – the band no-one has ever heard of, who snuck onto Reading’s line-up last minute. Only it’s not. It’s Bring Me The Horizon playing a secret set to a packed out Radio 1 tent with thousands upon thousands of cult recruits, old and new, spilling out if the sides.

The atmosphere is electric as, straight out of the gate, the band steam head-first into new track Mantra. With over two million streams since the single surfaced a few days ago, it’s no surprise that almost everyone in the tent already knows the words, roaring along to the chorus of ‘Before the truth will set you free, it’ll piss you off’. With regards to airing new material, some bands would dip their toe gently in the water, but not Bring Me. Mantra arrives, birthed into the world, in front of a screaming crowd, as frontman Oli Sykes paces pensively back and forth.

Yes, it’s a new flavour of BMTH, but there’s no doubt it sits comfortably with what's to follow… one of the most explosive secret sets Reading has ever seen. And, with a heritage of bands like Green Day and Queens Of The Stone Age having make sneaky appearances in previous years, that’s really saying something.

Up next is a tent-flexing, triple threat of Throne, Can You Feel My Heart and Happy Song.

“It feels good to say this again…” yells Oli. “Open this fucking place up. Push it back. Push it back!” A chasm opens in the crowd and fans are abruptly chucked around like bowling pins.

Follow You provides the only respite in the short, sharp set, as fans clamber onto each other’s shoulders, arms swaying in the air.

"I'm nervous. I'm really nervous. It's bad to be nervous," says Oli earnestly, knowing what’s about to happen. Choral music swells and the frontman throws a pit open with a wave of an arm. 'Can you tell from the look in her eyes?' Oli sings, before being drowned out by the voices of the crowd. Multiple pits implode simultaneously as the riffs of Shadow Moses tear through the tent. It’s absolute chaos, exactly as it should be.

Antivist nurtures a forest of middle fingers, before the band cut them down with the kind of wall of death that just shouldn’t be allowed before sundown and the band close the show with Drown which sounds as vast and powerful as it ever has.

This secret set is more than a warning shot. It’s a canon blast to the head declaring that the next stage of Bring Me The Horizon isn’t ‘coming’… it’s already here.

So, if the question is do you wanna start a cult with me? The answer has to be abso-fucking-lutely.

As these guys step back into the spotlight with this performance, new album amo, first single Mantra and a giant world tour, Kerrang! went to Los Angeles to find a band with plans to define not only their own future, but that of rock music, too…

The new issue of Kerrang! is available anywhere in the world when you order online through Newsstand. If you're a UK resident you'll find it in all good newsagents.