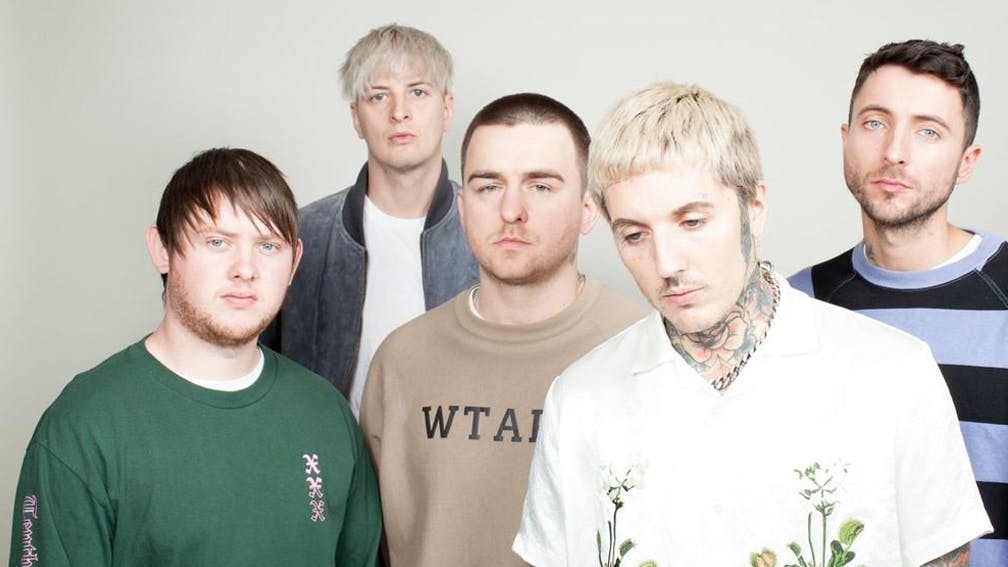 As a special Christmas gift, Bring Me The Horizon have dropped a new eight-track EP out of nowhere.

READ THIS: Why amo was the best British album of 2019

The EP also features the long-mooted collaboration between Bring Me The Horizon and Halsey with the track ¿. This summer rumours began circulating that the Sheffield heavyweights were working the the popstar, and earlier this month Halsey confirmed that the two artists had worked on two songs together for separate projects.

Listen to BMTH's new EP on Spotify below.

The EP follows the standalone track Ludens, which BMTH released for the Death Stranding video game earlier this year.

Frontman Oli Sykes spoke to Kerrang! about the message of the song, and how the idea came to him once he started diving in to the game itself.

“We build these new inventions, and this technology that can help people," Oli said. "I was reading about this 16-year-old who has invented a microorganism that can eat microplastics in the ocean; sometimes things can get so dark that you don’t see there are still these little rays of light everywhere. After reading all this, I felt like it needed to have at least a semi-positive message about what’s going on. If it’s not you, who is it going to be that makes a change or helps? Everyone goes, ‘Someone else will sort this out.’ And that’s how I was for ages, too – I was like, ‘I’m just going to quietly keep my beliefs to myself and hope that people see that things need to be done, and they change in their own way.’

"But I think what’s happened, maybe even over the past six months, is that if you believe in something, you really do need to stand up for it," he continued. "The kids that are going out and doing that are making a difference. I didn’t have that faith before, and now I do. I want to join that fight, and I’d be a hypocrite if I didn’t. That’s the message of the song: that we need new leaders and new heroes, and new people to try and beat this fucked-up game.”

READ THIS: What Bring Me The Horizon taught me about Linkin Park's legacy