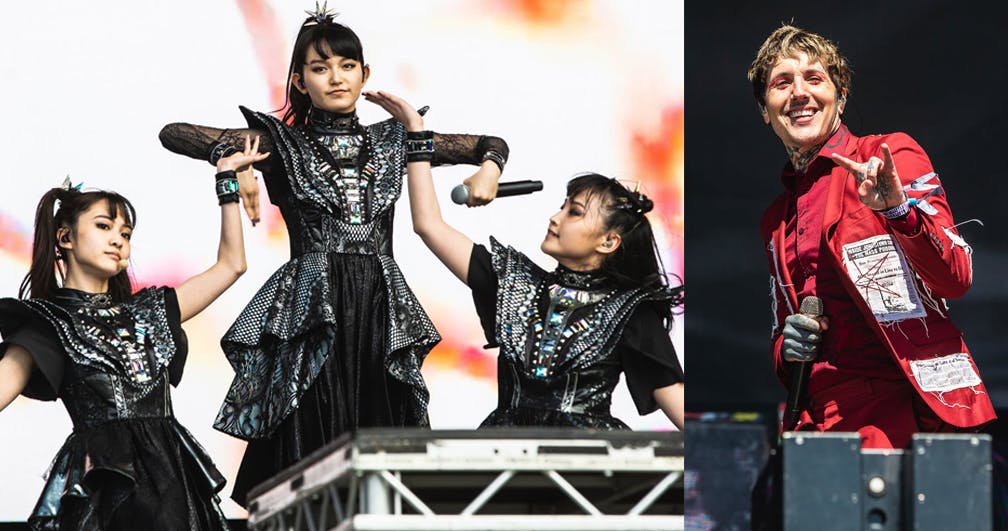 Kawaii metal superstars BABYMETAL have announced Bring Me The Horizon as the main support for four shows in Japan this November. The gigs in Saitama City and Osaka form the first Japanese leg of BABYMETAL's METAL GALAXY WORLD TOUR.

This summer, BABYMETAL's MOAMETAL said that they would love to collaborate with Bring Me The Horizon – perhaps we might see something special at these Japan shows?

The shows come a month after BABYMETAL release their third full-length record METAL GALAXY on October 11.

Earlier this year, MOAMETAL spoke to Kerrang! about the circumstances that inspired the new album.

“At this moment, there is a typhoon #4 approaching Japan and is apparently named Typhoon Moon,” she said. “The main theme of the Yokohama Arena show 6/28 – 29 is the SUN and the Nagoya shows 7/6 – 7 is the MOON and the fact that this typhoon is named the MOON and the timing of its approach all seems so strange but at the same time very remarkable. We are creatures of the earth and live on this planet through the powers of the sun and moon and through all facets of nature so I want our odyssey to the METAL GALAXY to be one that we constantly appreciate how much we are able to travel the world through the power of music.

READ THIS: The 10 moments that made BABYMETAL superstars

“I hope our fans are able to experience that they are also on an odyssey to the METAL GALAXY with us,” MOAMETAL continued. “We’ve incorporated different types of music into this album and we hope that fans are able to feel our determination to a new departure. Also, although people from all over live in different environments, I hope that with this album, we can bring more people together as one.”

Catch BABYMETAL with Bring Me The Horizon in Japan this November, and on their first full UK tour in February 2020. Get your UK tickets here.

READ THIS: In Pictures: BABYMETAL at Glastonbury