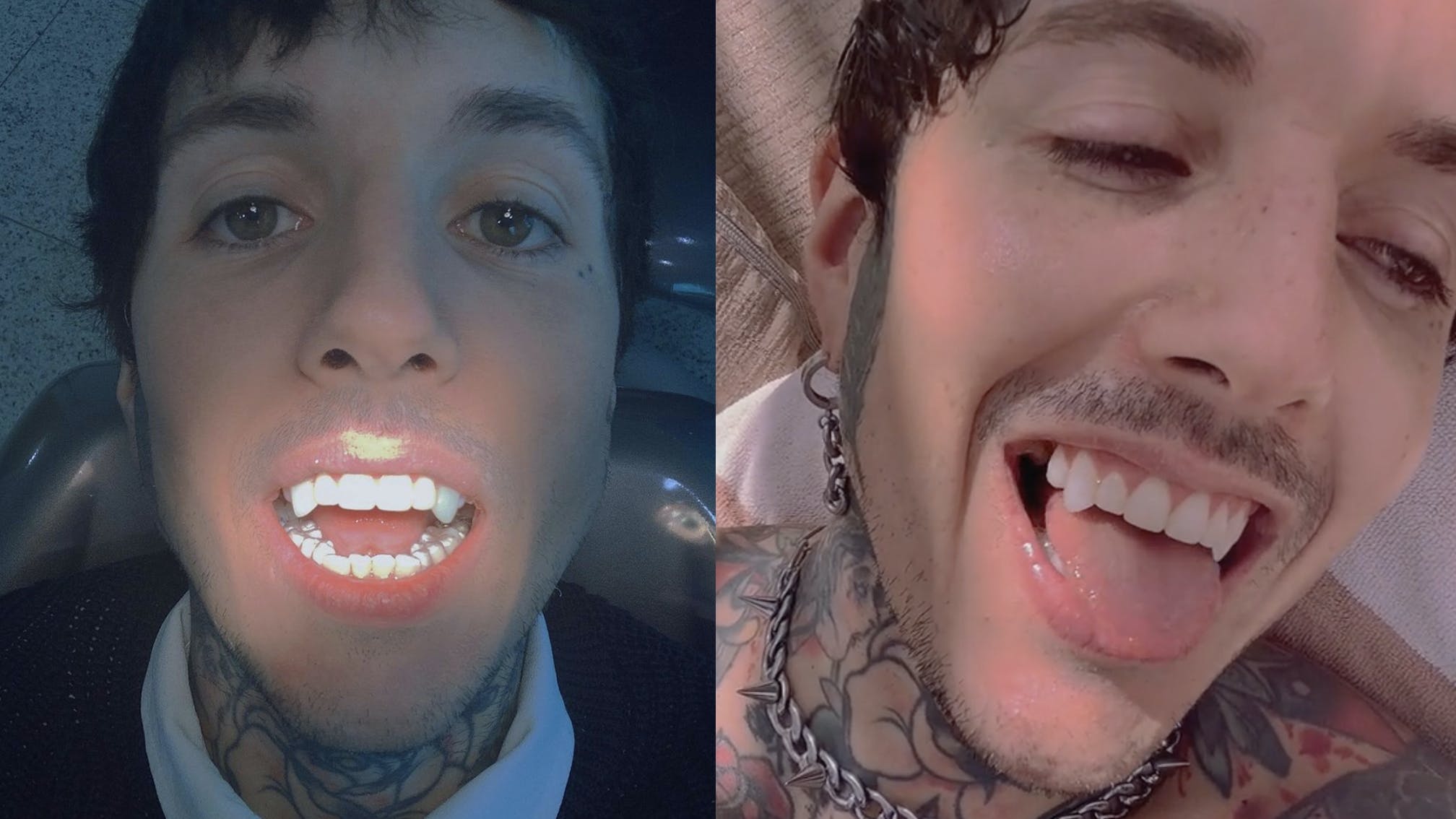 After Post Malone dropped $1.6million to get real diamond fangs last month, Oli Sykes is seemingly the next musician to get bitten by a vampire.

The Bring Me The Horizon frontman and his wife Alissa showed off their new vampire fangs on Instagram and TikTok, with Oli writing, "So I’m kinda a vampire now…", and Alissa posting, "Bitten by a shadow bonded by bloodbaths and it forever feels like yesterday."

Of course, Horizon are currently working on new material, so there's a chance this could somehow tie in: is there a vampire-themed music video on the way? Are BMTH going a bit more goth?! Or, given that Oli and Alissa are matching, maybe it's just a cute couple thing and has nothing to do with the band at all. Either way, they look badass – check it out:

Back in April, Oli told 93xRadio of the idea behind the band’s Post Human EP series and what's to come in the future: "I guess with the pandemic and everything that happened remotely we knew we weren’t going to go on tour for a while, so it just felt like the perfect time to experiment with this idea. I’ve been saying this shit, like, 'I wanna stop doing albums; I wanna do something different’ and all this stuff for ages, and it’s like, 'It’s finally time to put your money where your mouth is and just do it,’ you know?

"And the thing is,” he continued, "we have types of fans as well: there’s Bring Me The Horizon fans that love amo, there’s Bring Me The Horizon fans that just love our first record… it’s not like we’re going to write records that sound like any of those, but I appreciate that some people just wanna listen to fucking aggressive music, some people wanna listen to more emotional music and stuff. And we’re the same! So rather than trying to cram all of that into one record, I feel like Survival Horror had a vibe – the whole record had a very dense vibe – so it’s like each record is gonna be more like that: the second record will be whatever the vibe we land on, it’s gonna be in that realm… the people we work with, the guests we have on there, they’re probably going to come more from that world.

"It’s kind of exciting for us; it gives us full creative freedom.”