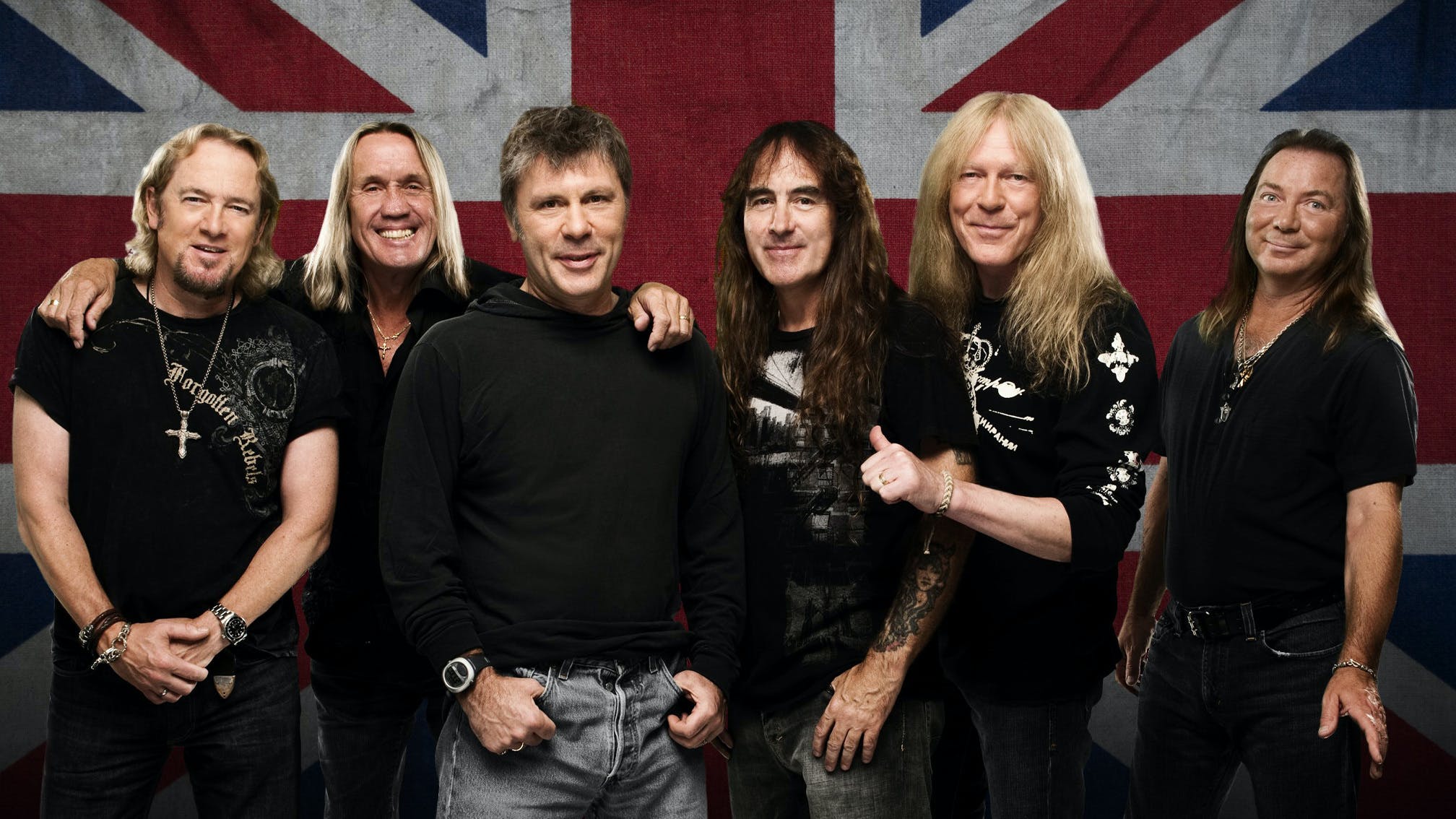 Despite having to cancel their 2020 touring plans and move shows to summer next year, it sounds as though Iron Maiden have still been pretty active this year – with frontman Bruce Dickinson teasing that they've "been working together a little bit in the studio".

In a new video update, the frontman reflects on the heavy metal titans' year so far, lamenting that, "We've all had a bit of a torrid time – everybody in the whole world, Maiden included. We wanna be out on tour.

"A lot of things haven't happened this year – that's blindingly obvious – and it's very, very frustrating," he continues, before looking ahead with positivity. "However, we do have plans. In the meantime, what are we doing? Well, we're doing bits of writing. I'm talking to Steve [Harris, bass]. We've been working together a little bit in the studio. On what, I can't tell you, ’cause they'd have to kill me.

"All our crew are all on board with us. Obviously, after the cancelation of the shows and rescheduling of the shows this year, all of our lives were cancelled. The killer crew is still on board for when we resume normal service next year, whenever that is. In the meantime, we're all still here, we're all still gagging and raring to go. We are not going away. We are solid, and there's gonna be some great stuff happening in the near future."

In an interview with Kerrang!, the guitarist explained of how his love of fishing serves as something of an escape from the busy world of metal: "The perfect example would be when we did the Powerslave tour [Maiden’s famously intense World Slavery Tour from 1984-5]. That was 12 months of back-to-back American tours, European tours, Japan, Southern Hemisphere – we did everywhere. And we were burnt out, there was no doubt about it.

"I just took off fishing for about six weeks; I went up to Canada with my girlfriend, now my wife, and just chilled out. I went up to the mountains and fished for trout, and it restored my energy again. That’s a good example of it – you can just chill out and get away from the madness, which I love most of the time, but you know, it’s healthy, mentally, just to get away. And you can sort your perspective on life out on the riverbank. You can just meditate. Billy Connelly described it as ‘meditation with a punchline’, which I really like. You’re sat there, completely absorbed, and if you get a fish it’s a bonus, almost."

Catch Iron Maiden at the following live dates next year: