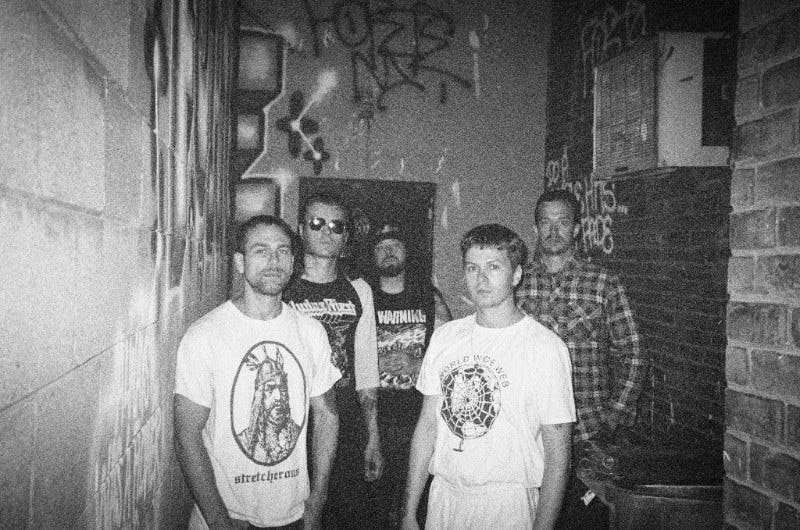 Reformed Toronto hardcore outfit No Warning have confirmed the release of their fourth studio album.

Torture Culture drops on October 13, via Last Gang/SPV, and can be pre-ordered here. It’s the band’s first full-length since 2004’s Suffer, Survive, and follows their reunion back in 2013.

Prior to their break-up in 2005, No Warning were building an impressive head of steam. Suffer, Survive was well received by critics, and the band toured with the likes of Linkin Park and The Used. After they separated, the band’s vocalist Ben Cook went on to play in Polaris Prize-winning punks Fucked Up.

Torture Culture features 12 tracks – and one of them, In The City, can be heard right now. Check it out below.

Says Ben Cook of the band and its new album:

“We’ve attempted to express the condition of the human mind, that is an outcome of being brainwashed by corporate controlled social media, through a modern and classic-feeling hardcore album… The evolution we have experienced, both mentally and physically, and the day-to-day panic and anxiety that we feel is actually a result of our own species’ selfish and repulsive impulses.”

Well, we could all do with eating less cheese, that’s for sure. What’s also certain: In The City absolutely bangs, doesn’t it? Like, damn, that’s a good comeback. Can’t wait to hear the full album.

Follow the band’s forthcoming tour date announcements at their Facebook page. Listen back to Suffer, Survive below.

In Pictures: No Warning And Candy Give London A Bruising

No Warning Release Graffiti Video For In The City