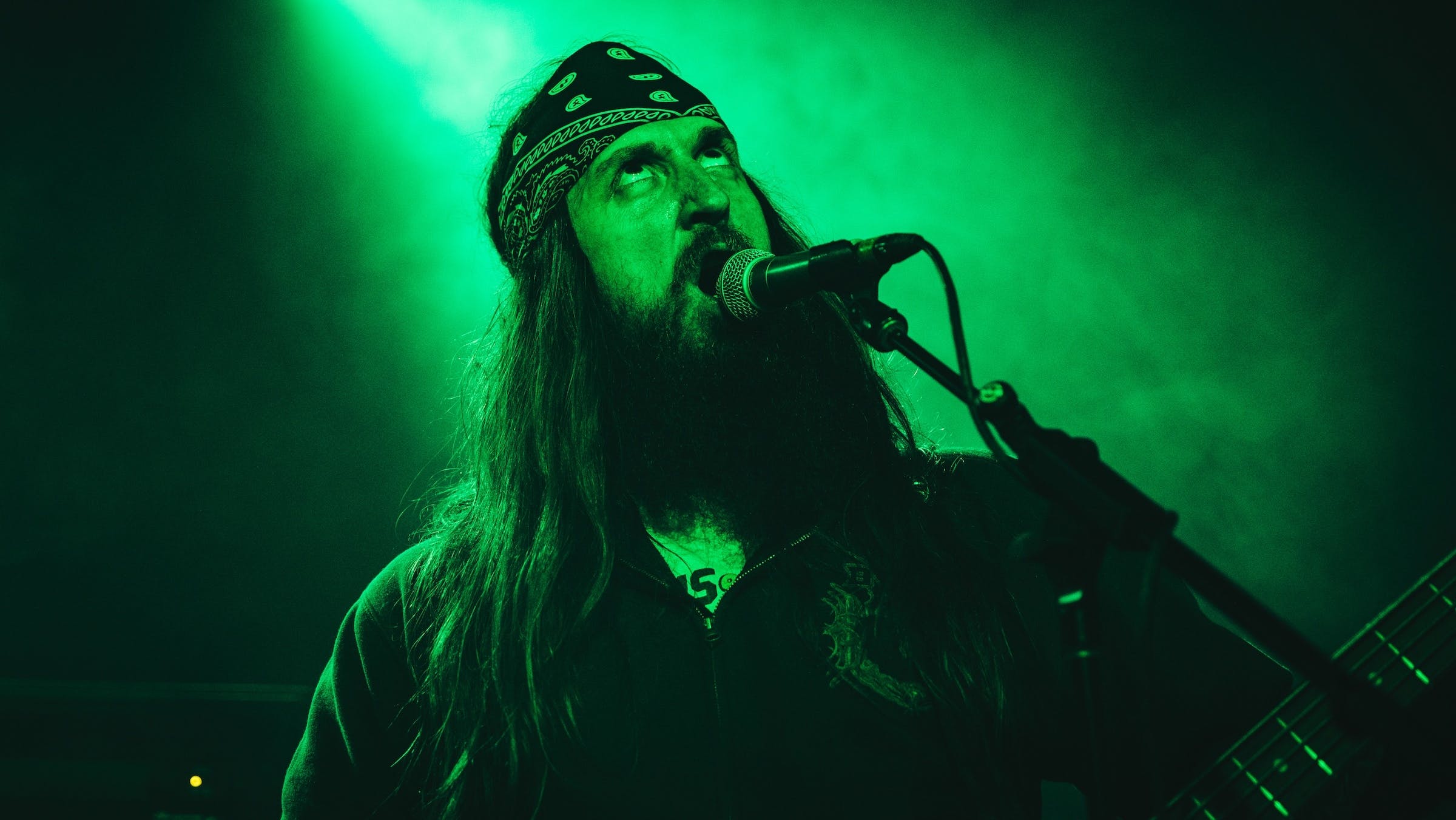 “Who here smokes weed at least once a day?” snarls Cannabis Corpse frontman Land Phil between tracks. “Who smokes weed at least twenty times a day?” The crowd at Brooklyn’s Saint Vitus roar back in approval, but their rancor is tempered with good-natured chuckling and a little sluggishness. Though openers Oxalate and Blame God brought plenty of brutality to this Thursday night show, Cannabis Corpse are the band everyone is here to see, and as such the crowd has pre-gamed by getting faded as hell. Though the band’s delicious OSDM riffs are plenty brutal and get the crowd moving, it’s their running theme of weed worship that pulls adoration out of the audience.

That said, it should be noted that New York, though beautiful and brimming with culture, can be kind of a bummer to be high in, especially on a bitter cold night like tonight -- everyone’s stressed about their busy lives, the cold grey concrete feels monochromatic and unforgiving, and the city’s do-or-die attitude isn’t very forgiving to the average pothead who forgot their stop on the subway. Though Cannabis Corpse play a killer set to an admirably blazed crowd, one wonders how the Big Apple matches up on a list of cities that are fun to tour while stoned as hell.

We asked Land Phil for his input, and in return he offered us a list of the five cities he most enjoys playing as a stoner band…

“I may be biased but the number 1 city that I like to tour through is my home town Of RVA. Sitting on my couch at home in the comfort of my own place cannot be topped!“

Above: The Cannabis Corpse weed monster in all his crystal-coated glory.

“Obviously weed being legal is a big factor when it comes to picking a good stoner city, but also Denver has lots of great musicians and bands. Also, Black Sky brewery is a good place to grab a nice beer!”

“Last time I went through LA was with Iron Reagan to play the Show Your Scars festival. As soon as the plane landed, we went to one of the awesome dispensaries that have just sprouted up in that city. Needless to say the weed was good, and later that night we saw a Michael Jackson impersonator dancing on a bar top. Good times!”

“Another good city with legal weed. Also they aren’t lying when they say that Portland is weird, I saw like 100 nude bicycle riders while I was high one time there, you don’t see that every day!”

“Texas is not exactly very welcoming to marijuana but that doesn’t keep all the locals from blazing hard. I like the vibe in Austin and there is always something fun to do!”