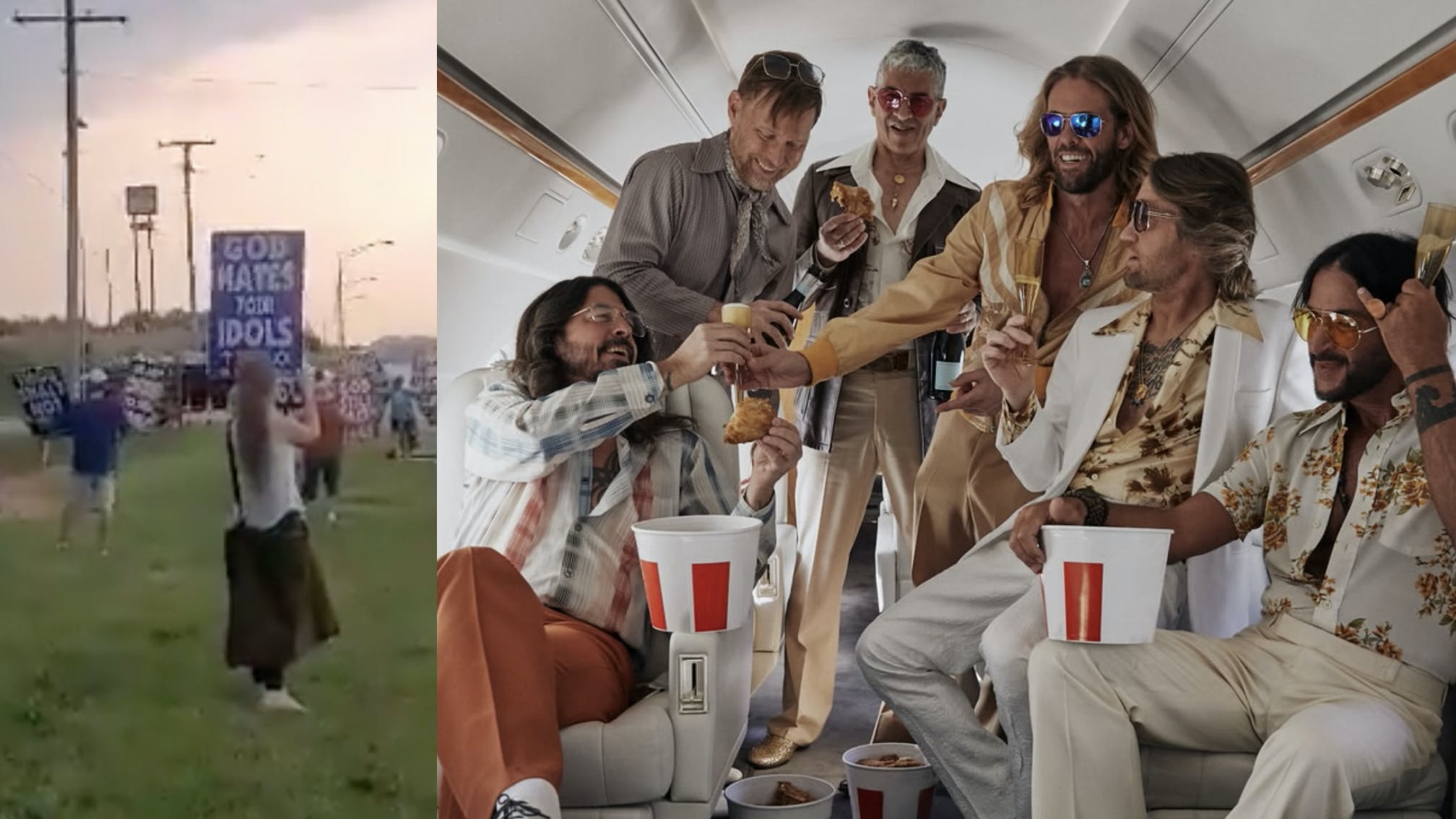 Not for the first time, the Foo Fighters have had a run-in with the Westboro Baptist Church after the group picketed their gig at the Azura Ampitheater in Bonner Springs, Kansas.

The controversial church group – who've protested many rock bands in the past – came face-to-face with Dave Grohl and co. last night (August 5) as the band used the immense powers of love and disco to drown out the WBC's hateful messages.

As their alter-egos the Dee Gees, the rock titans unleashed their awesome cover of You Should Be Dancing as they drove by the group in a flatbed truck, with Dave telling those watching on: "Alright now, ladies and gentlemen, I got something to say. Because you know what, I love you! I do!"

Read this: "Music gives people hope. And we desperately need that now": Foo Fighters take us inside Medicine At Midnight

Cue Dave channeling his best Barry Gibb and providing a joyful, loving antidote to what was in front of them. Just brilliant.