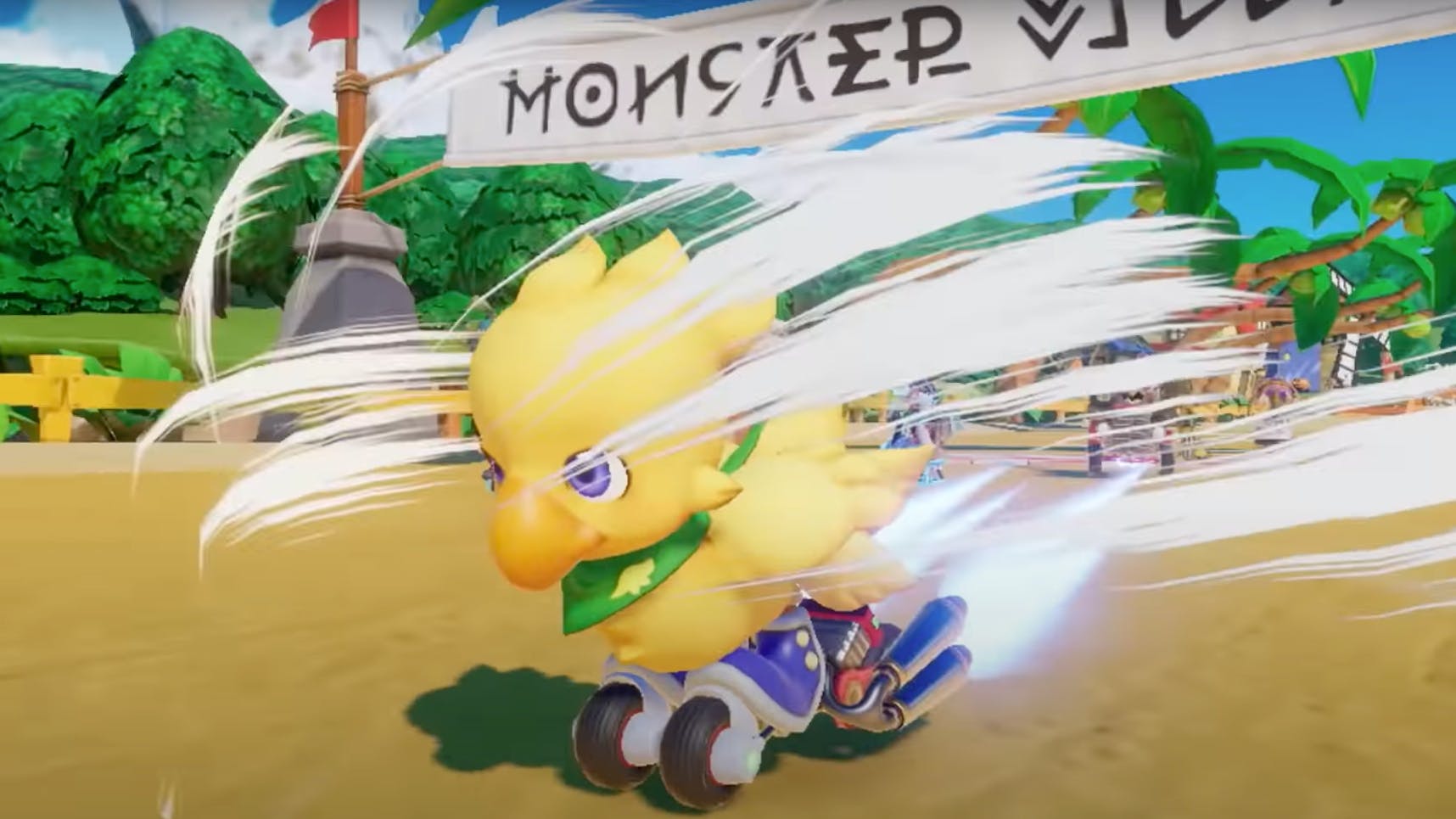 Well, it’s February, and you know what this means… The highly-anticipated release of Elden Ri-NOPE! I'm not discussing this yet! I need to sink a good hundred hours into Hidetaka Miyazaki and George R.R. Martin’s collaborative masterpiece before penning my thoughts. Instead, I’m going to drag your attention away from the Lands Between in favour of all things kawaii and button bashy!

Let’s start with Chocobo GP, the brand new racing game based on the adorable beasts and characters from the Final Fantasy series. If the thought of dashing along as a yellow Chocobo wearing rollerblades doesn’t tug the corners of your mouth into a massive smile, then I’m not sure what will! This kart game looks simply adorable. I’m hoping the novelty of racing through classic Final Fantasy locations such as Gold Saucer (from FF VII) and Alexandria (from FF IX) will be enough to distract from my love / hate relationship with kart games.

You see, by their very nature, kart games are not meritocratic. You can rehearse every course to perfection on time trial, only for your seven-year-old cousin (who is in 11th position) to obtain a Bullet Bill and beat you over the finish line at the last second. Many would argue this chaos is, in fact, the best thing about kart games – Mario Kart actively evens the playing field by equipping those in low race positions with better weapons. In this respect, it is the Communist Manifesto of gaming because players receive loot according to their ability.

I wonder how Chocobo GP will strike the balance between fairness to experts and beginner's bedlam in this sequel to 1999’s Chocobo Racing. Either way, with online bracket style tournament sessions allowing up to a whopping 64 players, the game is set to offer a hugely competitive experience.

And the best thing about this? Square Enix are releasing a free to play version called Chocobo GP Lite, and those with the Lite version can still enter the online tournaments (you will just have a limited number of characters and options). This easy accessibility means there are always going to be loads of people online available to play – a fantastic move by Square Enix in my opinion, for when it comes to kart games the more players, the merrier. Or the more, the madder!

Mamma mia, this was tough. In the interest of fairness, restrictions were imposed on character and kart choice. Everyone had to play as Mario using the standard racing kart. Who on earth plays Mario Kart as Mario?! Not I, said the walrus. And let me tell you, playing in this tournament as Mario gave me an even deeper appreciation for Toad!

Gaming in front of a crowd was a surprisingly daunting experience, too. It’s funny how easily I can step onstage to play music now, and yet feeling all eyes on the big screen as I drifted round corners was completely nerve-wracking. I also had to try not to laugh as the commentators remarked on my every move, cramming in as many puns as possible.

I finished in a respectable 6th place – not too bad for my first tournament. But the main thing is that I had fun. Hearing an entire room of people groan every time a kart flew into a cow was a fab, communal real-life experience. With so much of social gaming based online now, it was great to sit with a group of people and react to the trials and tribulations of Mario Kart together.

If you are into gaming and have yet to attend a Con, I would highly recommend doing so. Beyond gaming tournaments, there’s entertaining cosplay performances, games quizzes, raffles and my personal favourite thing: Artists Alley.

I love game fan art as much as I love games. Artist Alley features a vast array of independent artists selling prints, comics and accessories that exude such passion for the games. From beautiful hand-drawn Hollow Knight prints to Dark Souls pin badges, it’s the place to go to get quirky games merch. Aptly, I picked up this cute little print because the release of Chocobo GP has got me mega excited for all things Chocobo at the moment.

Back to new releases, though, and another charming game soon to grace the Nintendo Switch is Kirby And The Forgotten Land. Never has a post-apocalyptic world looked so pink as it does on this cute 3D platformer – a world where abandoned shops and derelict amusement parks boast more colours than inhabitants. Props to developers HAL Laboratory for making a deserted land look so cheery!

But I guess anyone would be happy when celebrating their 30th anniversary. Yep, that’s right, Kirby is 30 years old. So what better way to celebrate than by releasing your first canonical 3D platformer with brand new co-op features? I'm pleased to see that, at the grand old age of 30, Kirby can finally move more than side to side. Enjoy that depth perception, my little pink eater of worlds.

The original Ditto will also boast new copy abilities such as Drill and Ranger, plus Kirby will also be able to suck powers from the local fauna. I can’t wait to fly around on a star exploring this endearing, abandoned world. Horizon Forbidden West, eat your heart out!

Again? Yes. Again. I purchased the anniversary edition of Skyrim as a Valentine's Day present to myself. Wow, what a gift! I know me so well! I’ve started building a fresh dual-wielding Argonian character from scratch, but this time I’m streaming it all on Twitch! You can watch me painstakingly search every single barrel for salt piles here.