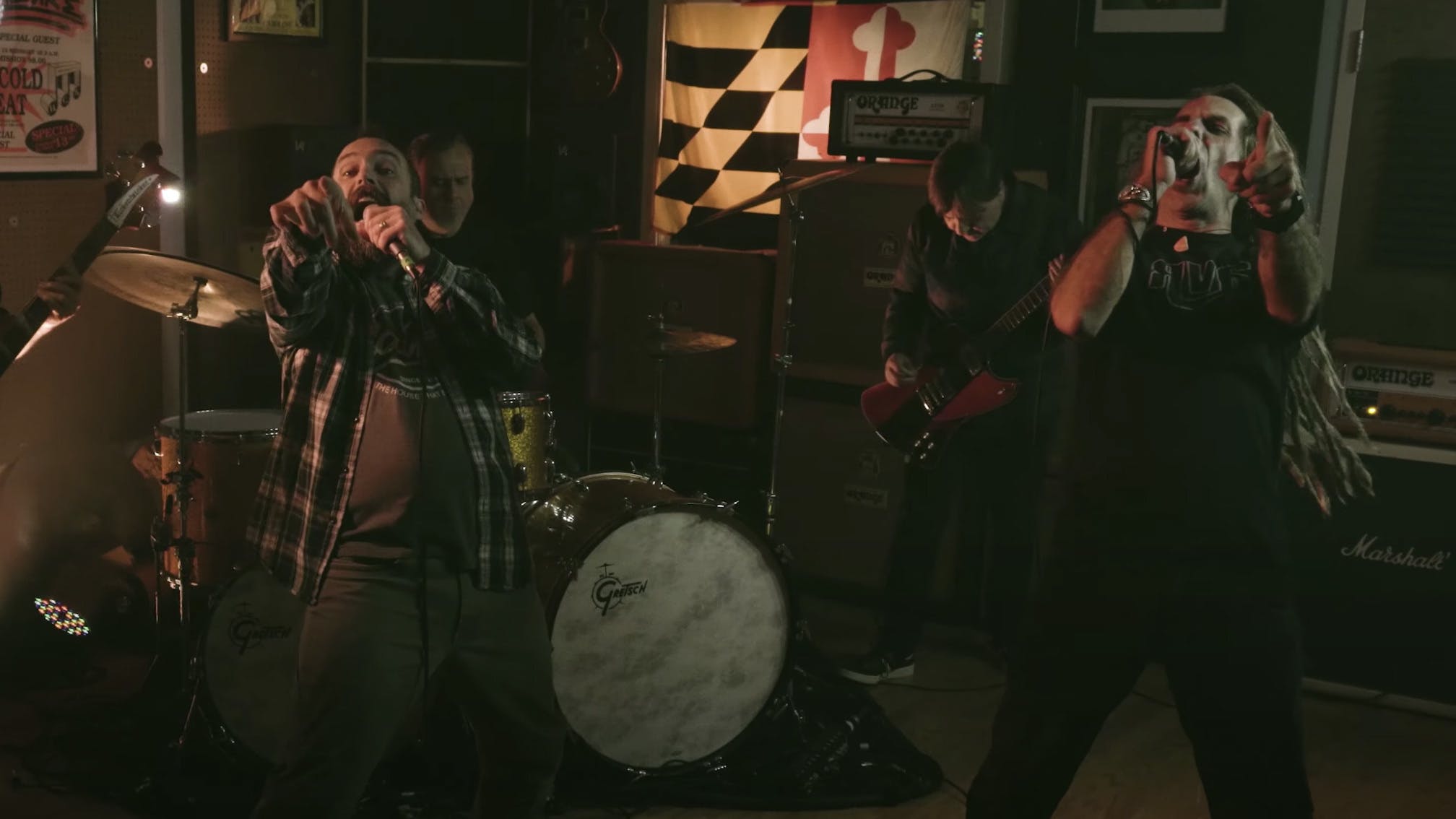 As part of their Weathermaker Vault Series, Clutch have just unveiled a brilliant new version of their 1992 track Passive Restraints featuring the mighty Randy Blythe of Lamb Of God.

The artists have collaborated on the track – which is taken from Clutch's second EP of the same name – for several years now, and have finally released an official version complete with a David Brodsky-directed video.

"Passive Restraints was one of the first Clutch songs I wrote lyrics to," says Neil Fallon. "It was a staple of Clutch sets for years but fell by the wayside as we wrote more and more songs over the years.

Read this: Clutch's Neil Fallon: "I had to ask myself what I'd rather be able to do: sing or hug my wife and son…"

"When we toured with Lamb Of God a few years back, Randy would often ask us to bring it back into rotation. We dragged our feet, and finally, we caved. And we were glad we did. The last time Clutch played Copenhell, Randy joined us onstage to perform the song. We decided to re-record it for the WM Vault Series and thought it was only fitting to have Randy join us."

"When Clutch asked if I wanted to sing an older song with them during our 2016 tour together, I knew immediately which one I wanted to do: Passive Restraints," enthuses Randy. "We performed it in Milwaukee, then again a few years later at Copenhell Fest in Denmark, and I had a blast both times.

"I think they were a bit surprised I chose a song released in 1992, but I've been a fan for a long time. I've followed their development as a band since the early days and have enjoyed every album, but as a musician, I know sometimes it's fun to dust off something you haven't played in many years and see how it sounds. The song holds up to this day, and I was honoured to sing on its re-release."

WeatherMaker Vault Series Vol. 1 is due out on November 27. Check out Passive Restraints below:

Read this: Lamb Of God's Randy Blythe: "In an ideal world, I would have made millions, retired to a hilltop mansion and be surrounded by models by now…"