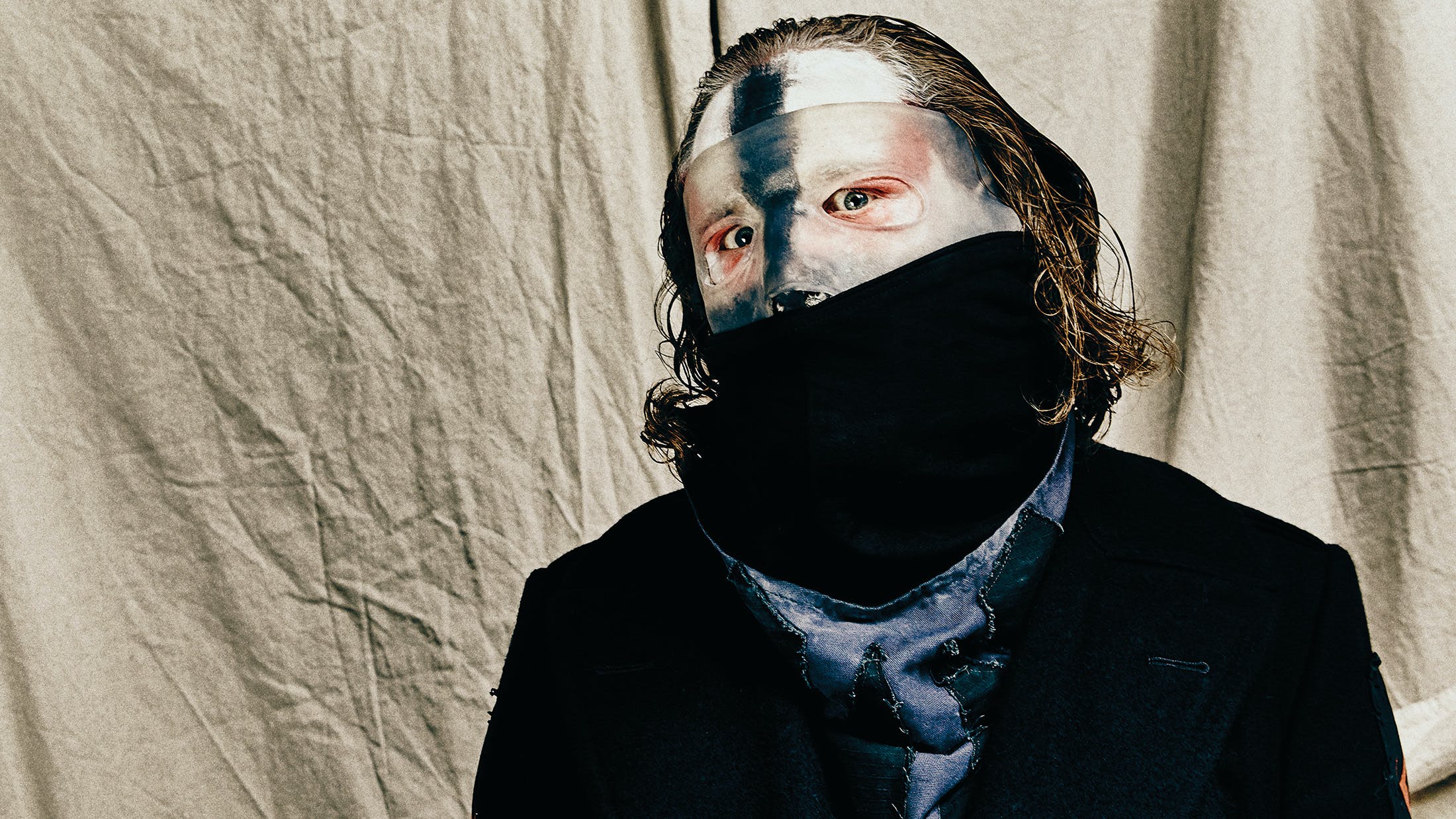 Last year saw Slipknot unveil chapter six of their story. The Great Big Mouth reflects on how they’re still proving haters wrong, why they’ll always do things their way and teases how 2020 may be even bigger…

2019 was the start of a new era for Slipknot. How did it feel putting on your new mask for the first time?
“It’s all about breaking it in. Once you establish the right balance between pain and pleasure, that’s when you stop realising that you’re wearing a mask and it becomes a part of the show. For me, there are two ways to wear a mask: one is for a photoshoot and the other is for a live show. For a live show, I have to belt that thing on so tight it gives me a migraine because I’m swinging my fucking head at the speed of sound and that thing can fly off at any second. I had that happen at Ozzfest 2001 in Kansas City, right in the middle of playing People = Shit. Mid-slam I feel a lot of air on my head, my eyes are closed, and there I am with my weird fuckin’ blue-blonde hair on show. I had to slowly bend down and put the mask back on. That’s when I realised I had to belt that shit on until it’s uncomfortable. We have to make our masks as durable as possible, because these things will fly off in a heartbeat.”

New album We Are Not Your Kind came out in August. How do you feel about it now you’ve been playing those songs live for six months?
“The other day I put it on when we were getting ready to film the video for Nero Forte and it’s still awesome. I love the fact we took tons of risks, because we didn’t give a fuck. I love the fact that we got back to that Slipknot mentality, where we’re just gonna fucking do what we want. We don’t give a shit. If you don’t get it, it’s not going to bother us. It’s the difference between a band who writes for somebody else and a band who writes for themselves. We’re more interested in longevity than we are about first week sales. Once you get that out of your head, you don’t give a shit.”

That said, Slipknot made it back to #1 in the UK after 18 years. How did that feel?
“We didn’t realise how long it had been since we’d had a number one in the UK, but when it happened it blew us away. This isn’t supposed to happen for bands like us, who have been doing it for 20 years. It’s supposed to be the opposite, and yet here we are. We’re all very grateful. We love the fact that it was embraced by as many fans as it was. We also love that it was so divisive. There were people who didn’t get it at first, but after a few listens they really fucking got behind it. That’s what you want. You don’t want it to hit then go away, you want it to be something that grows and grows with the fanbase as time goes on.”

You took Knotfest out on the road across America last summer. What was it like having your own touring festival?
“During the Iowa tour I remember us talking about one day maybe having our own festival, wondering what we would do and who we would bring out with us. In the reality of it, we took out bands we wanted to support. It was us bucking the system and not going for the easy win. We wanted Knotfest to represent something different. We support the underground maybe more than anybody else out there. We put it in front of an audience who may not have heard it before, because that’s what you’re supposed to do. If you’re in a place where you get a shit ton of attention, the best thing you can do is pay it forward so future generations carry this on. We’re trying to create tomorrow’s headliners, because if not, where the fuck does this genre go?”

How do you balance everything in Slipknot and your personal life?
“When you get to this size, you have hired people you can trust, who can help you achieve your dream. When you have that kind of team, it allows you to take advantage of the free time that you have. Before, we were way more hands-on. We didn’t like to give up too much control or decision-making power. We thought we had to be smothering it, whereas now we realise we can take a step back and live our lives. We do a lot of the hard work, but we don’t have to do all of the hard work. If you don’t delegate you’re going to drive yourself insane, and I’ve seen it happen with a dozen artists where they get too inside their own heads and feel like they’re the only ones who understand. Sometimes you need that outside input just to see different ways to go. It’s allowed me to be a father, which is awesome. That was something I struggled with for a long time. Now I’m actually able to be home to see my daughter and son. I’m absolutely able to be there, I don’t need to fucking destroy myself any more. That’s something you can’t take away and something I’m very grateful for.”

READ THIS: Why Slipknot's We Are Not Your Kind was the best album of 2019

What do you have in store for 2020?
“More touring with Slipknot, but I’m also starting to get material together for a solo album that I’m going to record in 2021. I’ve got about 26 songs written for it. It’s going to be the best ‘90s album ever. That’s the only way I can really describe it. Some of it is a reflection of being sick and tired of this nutless rock’n’roll I’ve seen lately that is real soft. I like my rock’n’roll to kick me in the fucking nuts. That’s just me though, I’m a fucking dick! Other than that, I wrote a script for a horror movie that I’m really stoked about. And I just broke the skin on book five, so I’m working on that as well. I’ve got a lot of things going on, but I’m also making sure there’s plenty of time for my family, my marriage and home. God knows, you never know how much time you’re gonna get there.”

Slipknot are touring across the UK and Ireland later this month with Behemoth. Get your tickets here.