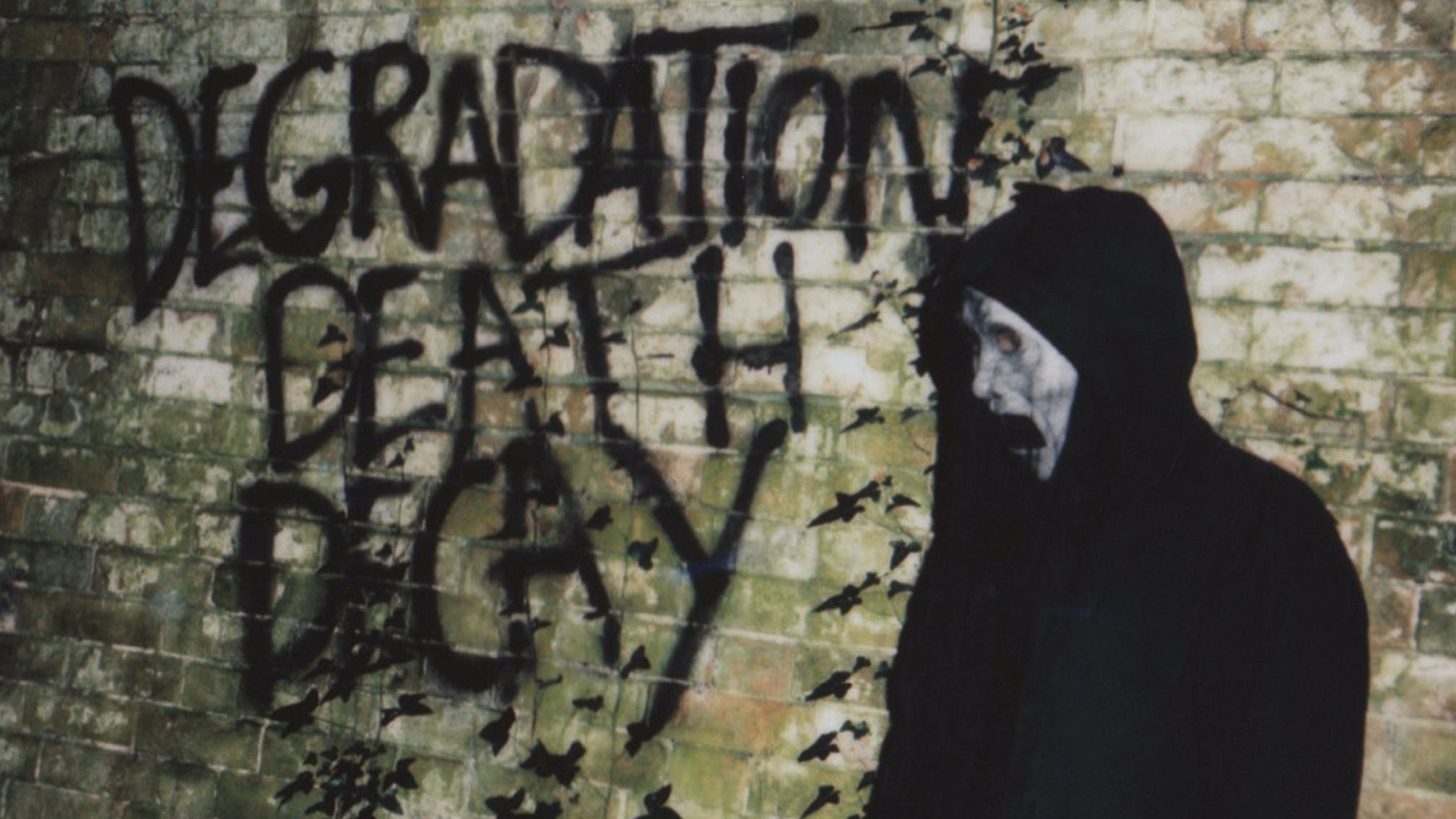 Following a couple of typically excellent performances at Slam Dunk this weekend, Creeper guitarist Ian Miles has announced details of a solo project!

The musician's 'performance art of the ’70s and Halloween'-inspired debut record Degradation, Death, Decay is due out on October 15 via Big Scary Monsters, with first single Truest Blue available now (hear it below).

“I’ve never really seen this as a solo project because I’ve been writing and recording acoustic music since I was about 15," Ian explains. "I low-key released some very old songs way before Creeper started and even during. I don’t want to be the focus of this record, it’s not about me so I have decided to hide me. I want people to solely focus on the art.”

Of the entire process of putting out Degradation, Death, Decay, the guitarist continues: "It’s just taken me that long to build up the confidence to actually put it out there and mentally prepare myself for the prospect of playing shows. I recorded it all in my freezing cold spare room where the heating doesn’t work. I listen back to this record, and I can hear how cold I was in my voice. I had to wait until my wife left the house because I felt anxious about singing while she was around, but now it’s so rewarding to make something out of nothing."

Speaking of shows, Ian has announced a hometown gig at Southampton's God's House Tower on October 8 – so don't miss that!