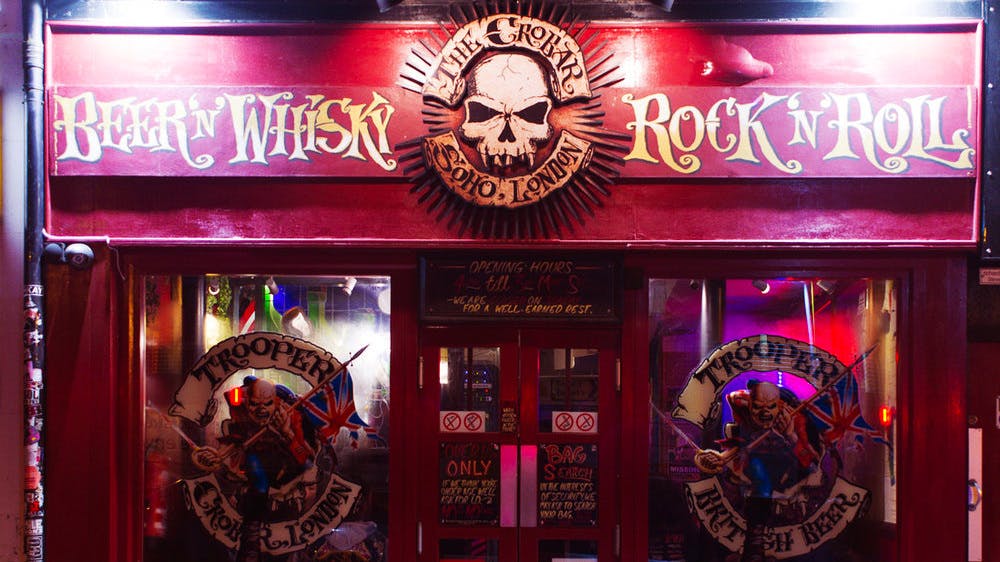 London's beloved Crobar has launched the world's first online pub, as well as some awesome new raffle prizes in a bid to raise a further £25k towards their epic crowdfunding efforts.

As a thank you to those who have donated to the £70k fundraiser so far – as well as wanting to bring people together in these continued unsettling times – owner Richard Thomas explains, "My customers are my priority and without them we’d not have reached the fantastic amount of £70K – that's £30K since January 29 – which is no mean feat!”

"But since we closed down our physical location and started this crowdfund, the amount of people who have shared how much loss they’ve felt since that fateful Facebook post is immeasurable," he continues. "It’s why, with the help and hard work of some techy fans, we were able to set up an online pub to recreate that ‘safe zone’ where people can chat, giggle and share stories – without judgement – and reattune their social skills again! They are free to create their own tables or float around other tables with groups of up to eight.

Read this: "The jukebox was legendary, but most of all there was a feeling of community": Why Dave Grohl wants to save London’s legendary Crobar

"Our three pilot tests before the launch worked so well because we’re all dealing with practically the same struggles. I am so grateful to be of some service to the punters who require this outlet; furthermore, the feedback I’m getting is that it’s fun and people are making new friends!"

The free virtual event will run every Friday to Saturday between 3pm BST each day – get involved here.

Additionally, Crobar have added some brilliant new raffle prizes – including two awesome original comic strips by Kerrang!’s Ray Zell, signed HIM test pressings, a year's worth of beer and more.

“The plan was to close the fund at the end of March and thank everyone with a note stipulating that they’d be the first to know about the new bar and its location," continues Richard. "However, when new fans started offering these amazing pieces of rock memorabilia, we decided to create a separate prize draw in order to meet the £95K target. Current donors have already waited so patiently, so it’s only fair we reward them now. That said, the new prizes are available to anyone who wants a chance to win these one-off collectables.”