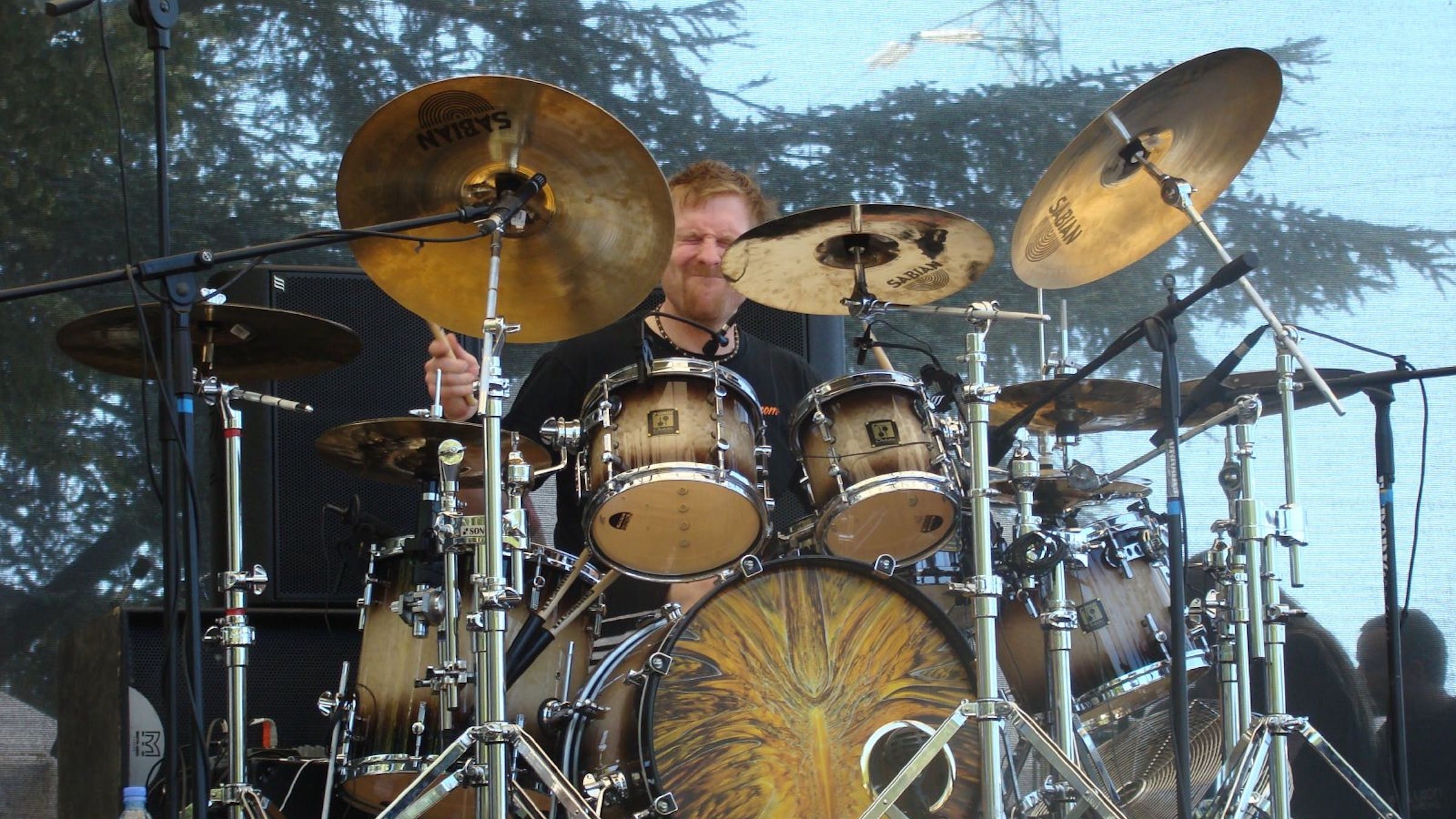 Sean Reinert, the pioneering drummer of progressive death metallers Cynic and former drummer of Death, died on Friday, January 24. He was 48.

Sean's husband Tom and his sister Patti released the following statement concerning the details of his death:

“I’m broken. As many of you now know, my husband Sean passed away last night. Some of you in the inner circle I was able to reach via phone last night and this morning to try to let you know what happened before it spread across social media. For those I couldn’t reach to tell you myself I’m sorry.

"I’m still trying to put together the events of the last 24 hours. After coming home from work last night I found Sean unresponsive on the floor, I administered CPR with the assistance of the 911 operator and he was taken to a local hospital via ambulance. There is no cause of death and an autopsy will be performed.

"Sean and I just completed our yearly physicals about 3 weeks ago and we were both in good health. Sean did not have any sort of drug abuse issues and I’m still in a state of disbelief. I can’t begin to comprehend how my life and the lives of Sean's close friends and family have just been shattered.

"That’s about all I’d like to share at this point. It feels strange to even have to make this post over such a private matter but I understand Sean was a public figure and beloved by many around the world. For myself, Sean's family and close friends I ask that you please give us time to grieve. The fans he adored so much lost an influence and phenomenal drummer. Some of us lost our Husband, Son, Brother, Uncle and Best Friend.

“I was luckier than most. Complete musical trust — especially between a bassist and a drummer — is a rare and precious thing. Rare, because it’s not something you find by looking for it. Precious, because some may go an entire lifetime without ever having experienced it. But I was luckier than most. Sean offered his trust during every rehearsal, every recording, and every performance we ever did, and it’s likely that I’ll never experience the same again. The truth is that we’re all lucky — lucky to have been alive while Sean Reinert was making music.”

Reinert's loss is felt all throughout the extreme metal world. Cynic were a groundbreaking act who showed the ways in which progressive music and uncommon instrumentation could be worked into the brutal, technical world of death metal. Meanwhile, Sean played drums on Human, arguably the greatest album by Florida genre forefathers Death.

Reinert's passing is incredibly sad not only because the metal world has lost a versatile talent but also because it has lost one of its openly queer icons. Sean was a figure of hope and solidarity for queer people in the death metal scene dealing with their sexuality and looking for someone to relate to.

Everyone at Kerrang! sends their hearts out to Sean's friends, family, collaborators and loved ones.