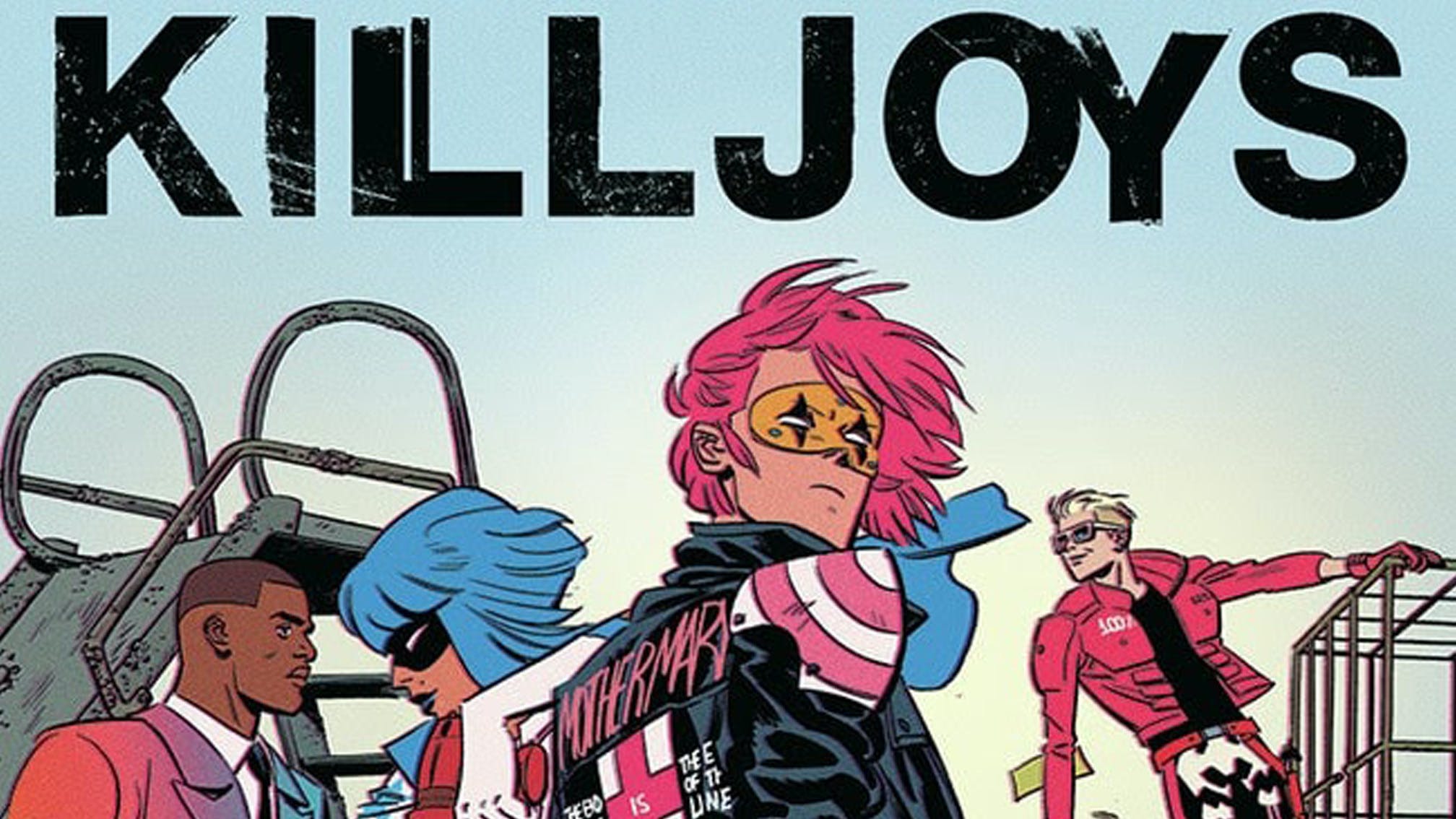 Gerard Way's iconic Killjoys will be making their return for a six-part comic series released later this year.

The True Lives Of The Fabulous Killjoys: National Anthem will be an "all-new modern-day" take on the beloved dystopian comics, which were written by Gerard and Shaun Simon, and of course tie in thematically with My Chemical Romance's fourth album Danger Days. This latest Dark Horse release is reportedly "a completely different story with a whole different set of rules" – the first proper look at which we'll get when issue one drops on October 14.

The synopsis for National Anthem teases that the focus is on Mike Milligram (Gerard and Shaun's 'original' Killjoy from back in the day), with the Killjoy leader and "his gang of teenage exterminators operate in the Unseen where they bend reality to keep the real world’s status quo safe.

"But everything is about to change when the doors of the Unseen are closed and Mike and his Killjoys are thrust into the real world and forced to grow up and get real jobs. Screens, phones and a stagnant malaise become the new normal. When Mike’s TV breaks and his Ramones records seem to have been erased, he starts to wake up. Mike Milligram sets off on a journey to pull the curtains down on a cover-up that could change the course of history, past, present and future."

Three variant The True Lives Of The Fabulous Killjoys: National Anthem covers have been unveiled – the first drawn by Leonardo Romero, and the other two alternates by Becky Cloonan and Paul Lentler.

Check them all out below:

Back in May, Gerard revealed how Danger Days and his Killjoys comic concept actually merged.

“The comic was really different back then,” he explained. “The Killjoys project is an interesting thing, because it really evolved and grew into this other thing. It was the thing I was most obsessed with, creatively, so it bled into the music. And then it became a concept album and a comic. And I was hesitant to marry the two things because I felt like I had done such a good job of separating the two things.

“But this one was just so a part of my brain that I wanted to make this concept album that connected with the comic. But because of that, I had changed some things about it for the sake of being part of MCR, and I made things a little more dystopian, a little more like a colourful punk-rock post-Mad Max thing. There was an evil corporation, because a lot of the album Killjoys is like art vs. commerce so I wanted to show that: these free and colourful people vs. like the stark white, sterile kinda corporate society.

“So the story changed a lot and it really started out about a bunch of teenagers that could bend reality by tapping into their trauma. That’s how Killjoys really started, and that’s something that I think we’ll revisit one day.”

Gerard previously stated that Danger Days “helped refine” the idea for Killjoys, with the comic book arriving three years after the album.

Read this: My Chemical Romance’s best songs – picked by your favourite bands