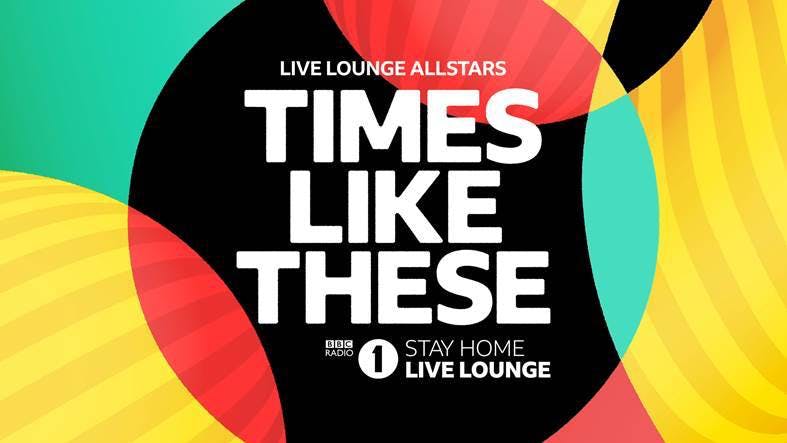 Ahead of BBC Radio 1's biggest-ever Live Lounge on April 23, Foo Fighters' Dave Grohl and Taylor Hawkins have just announced that they'll be joining the star-studded collaboration of their classic single, Times Like These.

Dave and Taylor will star alongside the likes of Biffy Clyro, Royal Blood, 5 Seconds Of Summer and Yungblud for the charity Live Lounge, which will be raising money for "the global effort to stay safe and stay home during the coronavirus crisis".

Read this next: Dave Grohl on the new Foo Fighters album: "It's unlike anything we've ever done…"

The Stay Home Live Lounge will be unveiled on Radio 1 at midday on April 23, with the full, accompanying video airing during BBC One’s The Big Night In.

“It’s humbling to have been asked to produce this amazing single, taking the Foo Fighters’ classic, Times Like These, with the Radio 1 Live Lounge team and the incredible collective of artists who have come together to record whilst in isolation," says producer Fraser T Smith. "Our vision was to create a stay at home version using phones, pots, pans and acoustic guitars that would honour the brilliance and honesty of the artists and song, rather than the trickery of an expensive recording studio. We tried to make this single in a totally different way artistically, relevant to today. The lyrics particularly resonate with us all at this challenging time, and I sincerely hope that money raised can help the plight of the unified battle against COVID-19 around the world.”

Chris Price, Head of Music for Radio 1, adds: “Thank you to Fraser T Smith, Foo Fighters and every single artist who threw their energies into this extraordinary collaboration. Times Like These: BBC Radio 1 Stay Home Live Lounge sends a simple message to the world: that the power of music and human creativity can overcome seemingly insurmountable obstacles to build a sense of community, togetherness and determination, even when we are forced apart.”

Of course, back when we could all interact with each other before coronavirus, Foo Fighters took part in a non-isolated version of the Live Lounge.

Watch the rock titans perform AC/DC's Let There Be Rock below: