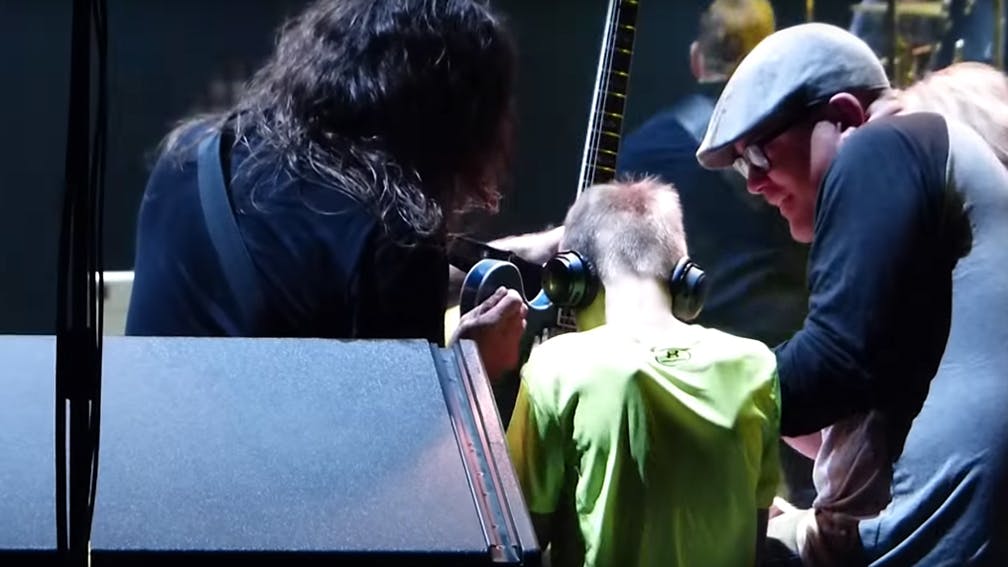 Dave Grohl has been on brilliant form during the final few shows of Foo Fighters' Concrete And Gold U.S. tour – but he yet again excelled himself in St. Paul, Minnesota, on October 18.

Spotting a blind child, Owen, in the audience early on in the show, the Foos leader invited the 10-year-old and his parents up to the side of the stage for the remainder of the gig – and even brought over the guitar to Owen to feel and play during La Dee Da.

Watch this fan-shot video from LOV2ROK2PJ below (you can watch Owen play Dave's guitar from 3:10):

On a post on Consequence Of Sound's Facebook, Owen's mum, Stacey, wrote: "Owen is in fact blind, he also has Autism, Crohn’s Disease and developmental disabilities. Owen loves concerts so much… Dave Grohl and all of the crew were incredibly kind to our family."

Dave is on the cover of this week's issue of Kerrang! – you've got two days left to pick up your copy…