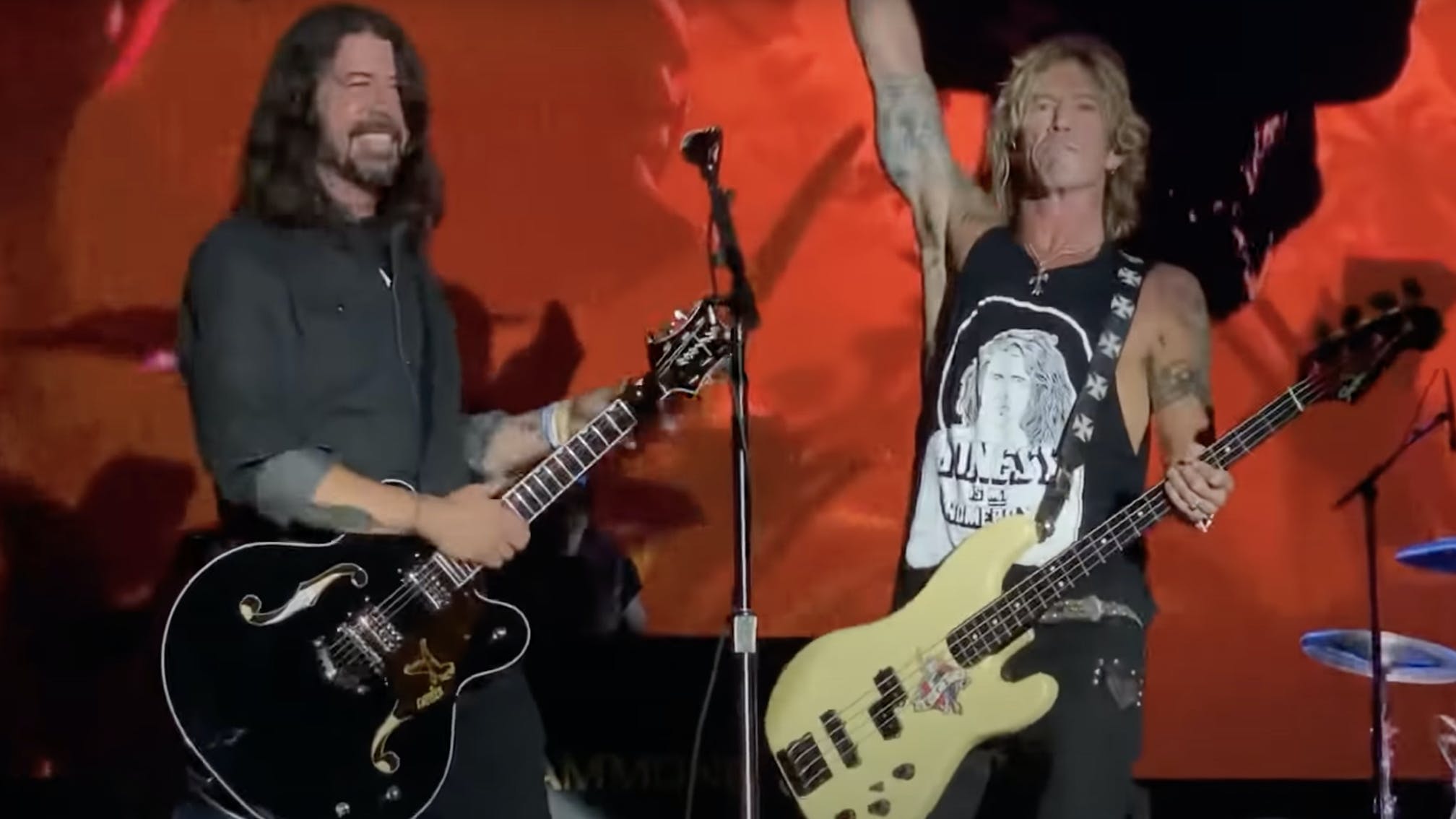 BottleRock reportedly has a particularly strict curfew of 10pm as it is held in a residential area of Napa Valley, and so they therefore pulled the plug on the epic rendition of Paradise City mid-way through the song. Fan footage of the performance shows that Dave and GN'R seemingly weren't fazed by the sound disappearing (or maybe they didn't even realise!), and so continued to tear through the track anyway. Total pros, eh?!

Read this: Foo Fighters’ Dave Grohl on the shows that made him

Dave has played live with Guns N' Roses before, of course, performing Paradise City with the band in Tulsa, Oklahoma on November 14, 2017 (where the song wasn't cut short).

Plus, a couple of years prior, Dave and GN'R crossed paths live after Axl Rose famously used Dave's broken-leg-inspired throne of guitars. "When Axl borrowed it, his management asked how much do you charge for the throne? You can’t charge anybody for the throne, it’s bad karma! So I let him have it,” the Foo Fighters frontman later told Radio X. "At the end of the tour, he gave me – as a thank you gift – the most incredible guitar, the best guitar I have ever had in my entire life."