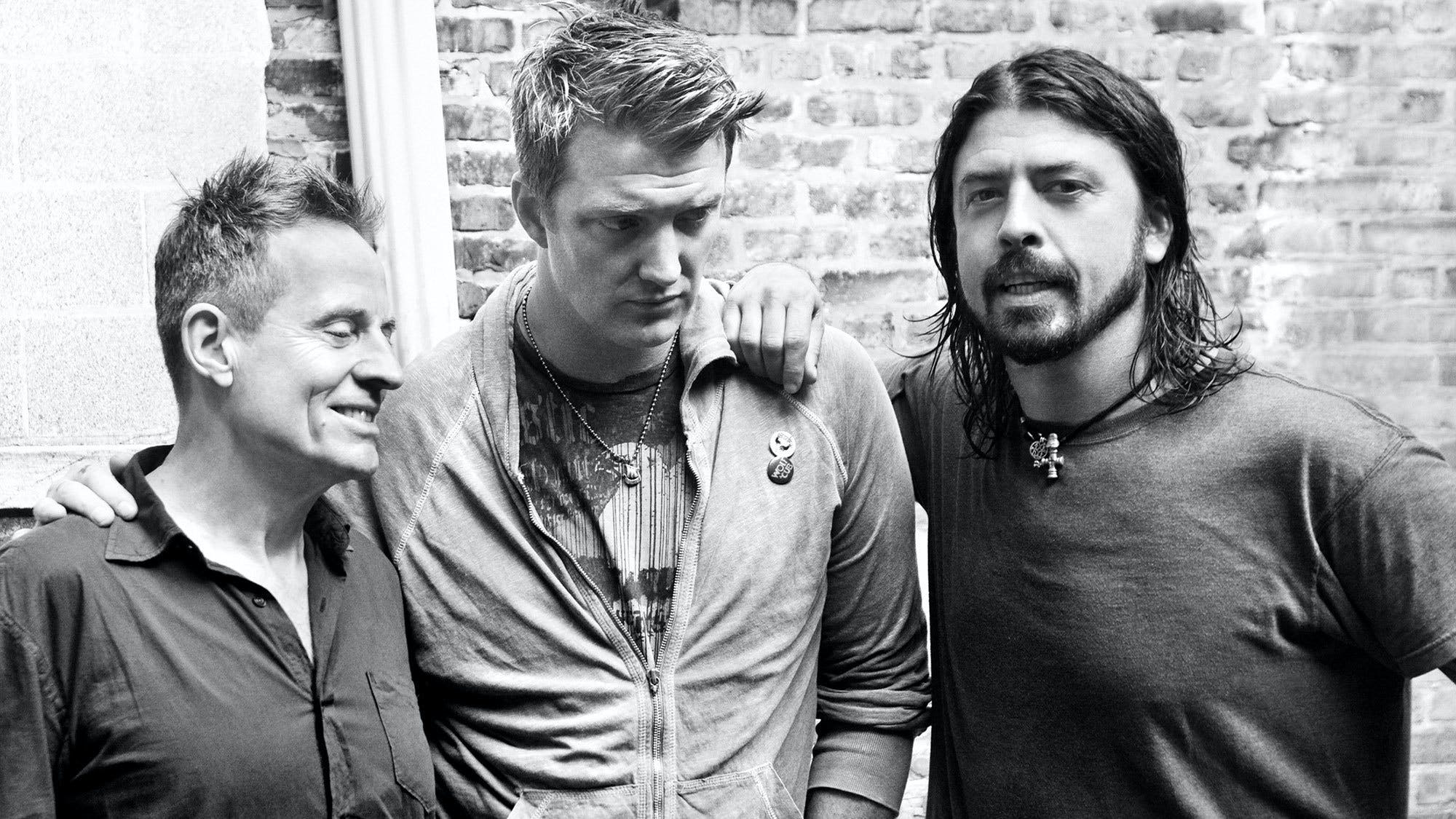 For a couple of years now, the members of supergroup Them Crooked Vultures – Dave Grohl, Josh Homme and John Paul Jones – have suggested that they'd like to see the band get back together again at some point. And in a new episode of Medicine At Midnight Radio on Apple Music Hits, Foo Fighters' Dave has told the story of the iconic trio coming together – and looked ahead to their potential future.

"I was invited to go to London to give an award to the members of Led Zeppelin," the frontman continues. "I had met John Paul Jones before the bass player of Led Zeppelin because he had performed on a Foo Fighters record and he had performed with us on the GRAMMYs once. John Paul Jones is one of the most wonderful, generous, kind people you've ever met. He's just a great guy. He's obviously brilliant, but he's just cool. He's fun to hang out with. I said to Josh, I'm like, 'Hey, I'm about to go give the Zeppelin guys this award. Do you want me to ask John Paul Jones if he'll play bass?' Josh was like, 'You know John Paul Jones?' I'm like, 'Well, not really, kind of. I've jammed with them before.' Josh said, 'Yeah, let me know how it goes.'"

Read this: The 14 best rock supergroups of all time

After Dave pitched the idea to John, he says bassist eventually agreed after sitting on it for a bit.

"I didn't take it as a yes," Foos' leader admits of John's initial reaction. "I just thought, 'Okay, well, there you go. I just asked the guy from Zeppelin to start a band.' Anyway, he emailed me not long after that and said, 'Yeah, I'd be into it. Let's do it.' I said to Josh, I'm like, 'Oh my God, Josh, John Paul Jones from Led Zeppelin, he wants to come over and jam.' We set up a time for him to come over and jam with us. I mean, the best part was that it was right around my birthday that he flew over. My 40th birthday.

"Them Crooked Vultures is a dream band for any drummer because I got to be a part of this three piece rhythm section because Josh isn't just a soloist," Dave concludes. "Josh plays the drums. He plays the guitar like a drummer and John Paul Jones is the greatest rock'n'roll bass player in the history of music. When we sat down to start playing, it was about 30 seconds to a minute and we realised this is a real band. This is the real deal. We would walk into the studio every day with no ideas. We would sit down, we'd have tea, we'd have coffee, we'd start jamming. By the end of that night, we'd have an eight-minute long opus. Just a rock masterpiece. It was incredibly inspiring. It was a really incredible time.

"I hope that someday we do it again."

Read this: "Music gives people hope. And we desperately need that now": Foo Fighters take us inside Medicine At Midnight