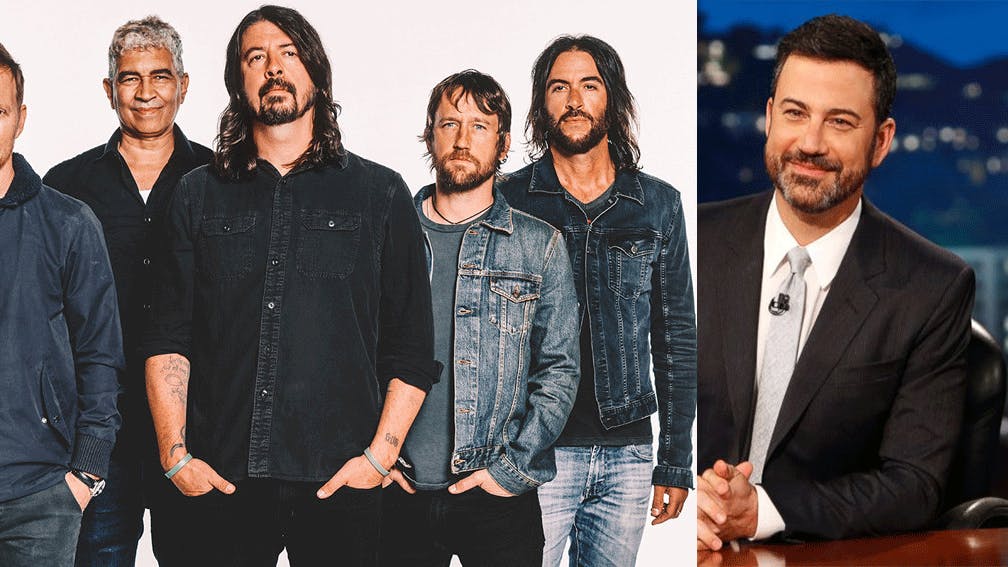 Dave Grohl is a talented musician, and has also applied himself to acting - appearing in The Muppets film from 2011 - and tonight he's giving TV presenting a go.

The Foo Fighters frontman is set to host tonight's version of Jimmy Kimmel Live, as Jimmy Kimmel has taken the week off to be with his son, who is due to have heart surgery.

He'll be joined by actress Kirsten Bell and there will be music from the OG king of Halloween, Alice Cooper.

The band tweeted out the following below:

While you're here, watch a video of Dave Grohl having a drum battle with Animal from The Muppets on Jimmy Kimmel Live a few years back.