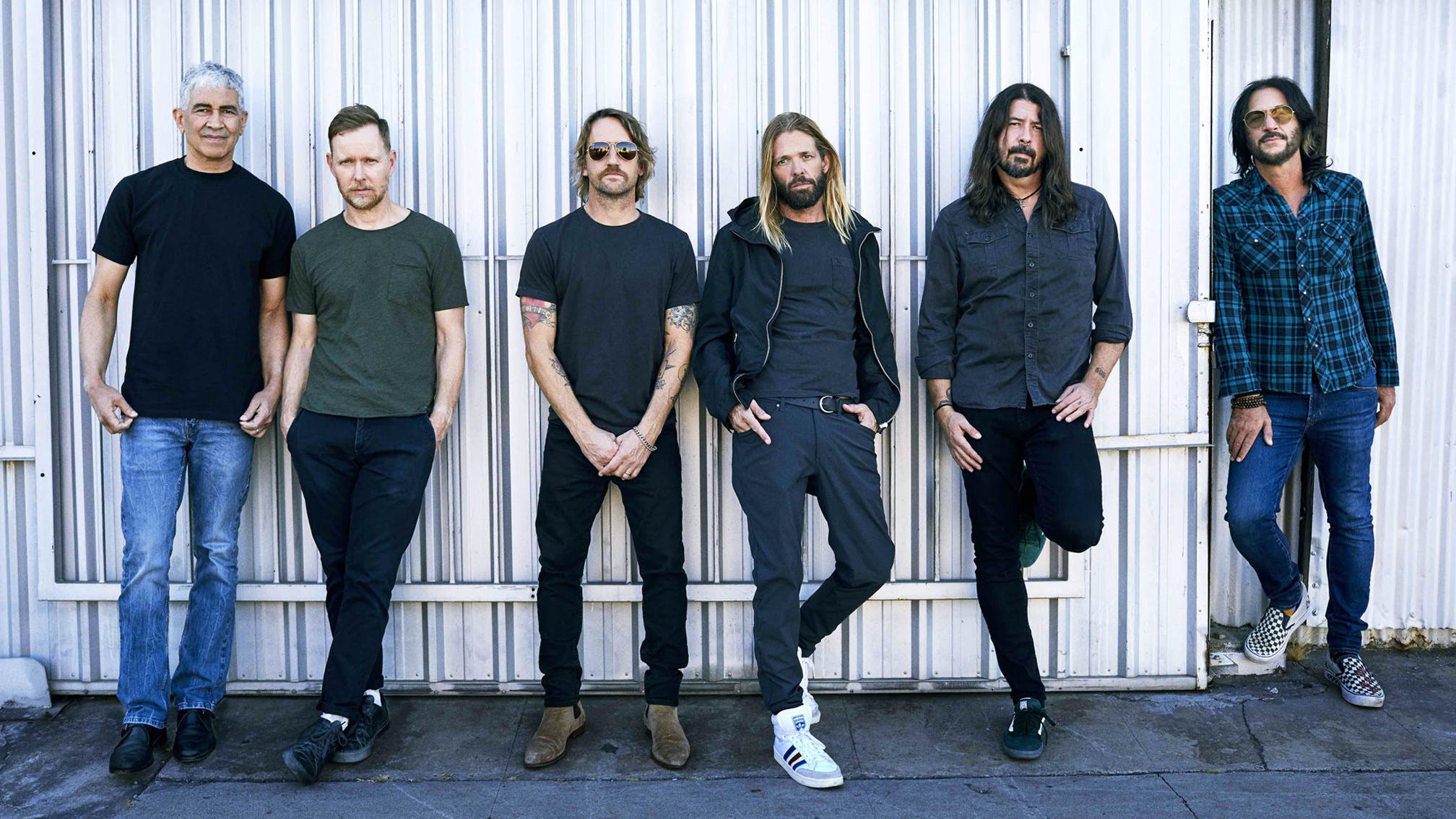 Dave Grohl has confirmed that he very much likes being in his band, and has no plans to go it alone – unlike the plot for Foo Fighters' awesome new horror-comedy movie Studio 666. Phew!

In a new interview with Sky News, the frontman explains the "rock'n'roll clichés and stereotypes" explored in Foos' entertaining new film, which was released on Friday. "The premise is based on a lot of really hilarious rock'n'roll clichés and stereotypes, right?" Dave says. "The lead singer that wants to go solo and is at a creative war with his own band – and some lead singers do exactly that. That's something I would never wish to do because I actually like being in the Foo Fighters."

He continues: "In the movie, I have writer's block and I start losing my mind and we have these crazy, screaming, murderous arguments while we're making the album. And when we make Foo Fighters records, honestly, we stroll into the studio, we usually have too much material and we spend a couple of weeks, a couple of months, just kind of playing our instruments and laughing hysterically… we still enjoy what we do and each other."

As Dave mentioned, in Studio 666 things do indeed get very "murderous", and in an interview with Kerrang! last week he revealed his favourite band death in the movie: “It has to be Rami’s," he laughed. "The person who did special effects for the film was a man named Tony Gardner; Tony’s been around for decades and is a special effects legend. He invented Chucky, he was in the Thriller video, he’s been around and is no stranger to grisly gore at all. When it was time to come up with these deathly scenarios we basically walked around the house with a notepad and said, ‘Oh you know what you could do? Smash Chris’ head into a fucking grill then stab him 50 times in the back!’ ‘Oh you know what you could do? Rami will be having sex with Whitney Cummings then we just fucking splay them with a chainsaw so they fall to the side.’

"We didn’t sit around with a team of writers thinking about how everyone should be killed, we just walked around laughing with a notepad coming up with the most ridiculous and inventive ways to kill everybody. But I only say Rami’s [is my favourite] because it’s so bloody, closely rivalled by Taylor’s death."

Read this: Dave Grohl: “You really have to let your guard down and show everybody your true dork”