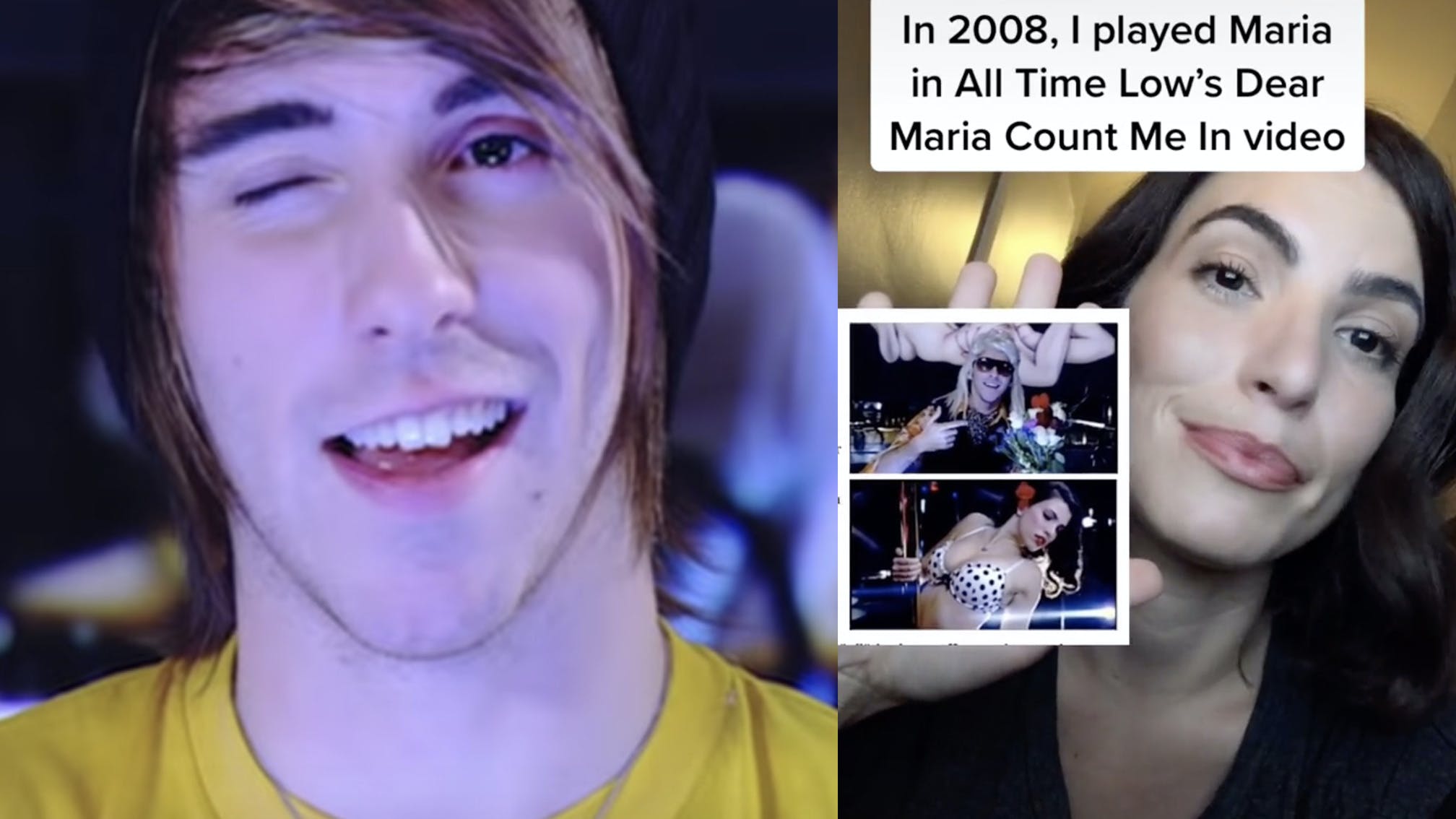 The actress who played Maria in All Time Low's video for Dear Maria, Count Me In has taken to TikTok to throw things back to the iconic 2008 promo, revealing that she still has one of the props from the shoot.

Gilli Messer took to TikTok to tell her followers that, "In 2008, I played Maria in All Time Low's Dear Maria, Count Me In video," sharing an on-set photo of herself snuggling up to the chimp who starred in the video, as well as offering further proof that it's really her by holding up the black-and-white polka dot bra that she wore.

After All Time Low fans saw the initial video and started asking her questions about this pop-punk classic, Gilli posted in another TikTok that it was "very fun" to work with the band, adding, "We were all so young. But I think the best part for all of us was working with the chimp!"

Discussing the Dear Maria… video back in April, frontman Alex Gaskarth told NME: "That video was an interesting shoot because we only wanted to hang out with the chimp [who features in the video].

"He was great the whole shoot, but there was one point where he got over what he was doing and threw a chimpanzee temper tantrum and went tearing off around the club where we were filming. This is a baby chimp, but those things are strong as hell! So we couldn’t do anything until we was done having his little diva moment, but he was cute. All was forgiven!"

Check out Gilli's throwback TikToks below:

Amazing. BRB while we watch this video on repeat for the rest of the day.

All together now: Coughs…

Read this: 12 ‘new’ tracks that are classics for young fans today