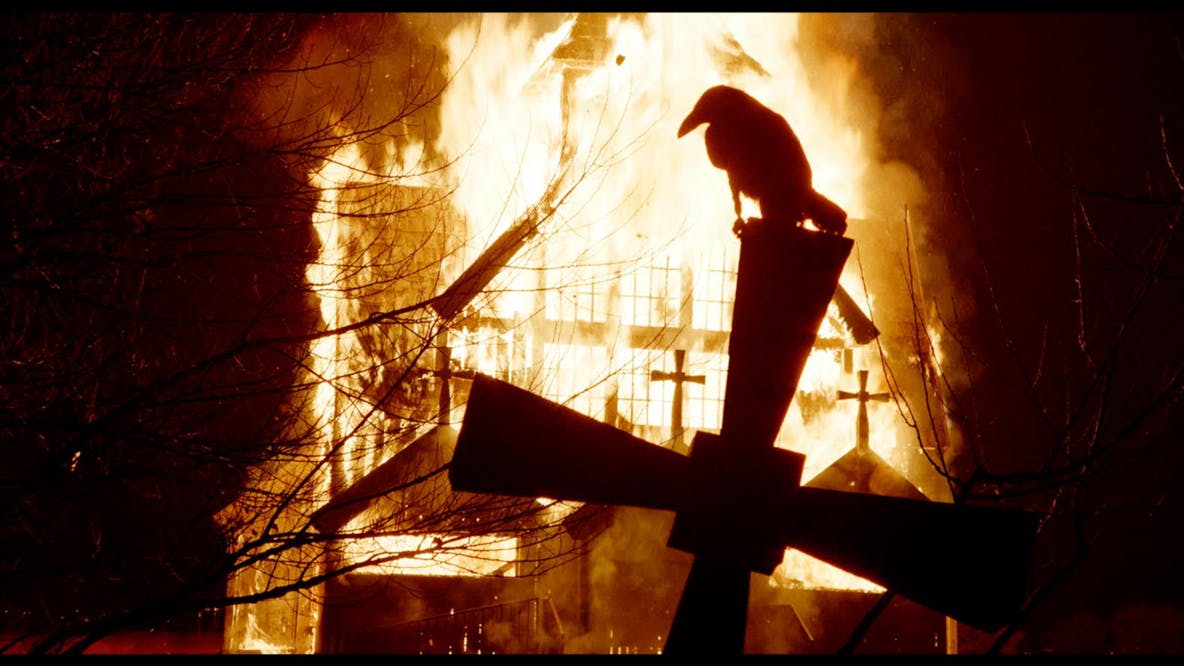 According to the New Zealand Herald, death metal drummer Jacob Lowenstein, 28, has been charged with setting fire to two Mormon churches.

Lowenstein, who drums for the bands Igni, Oblivion Dawn, and Secularity, set fire to two Mormon churches, one in Upper Riccarton and one in Christchurch. Lowenstein was arrested and appeared in court via audio visual link, where he was charged with two counts of arson and one of unlawfully taking a vehicle.

Both churches were damaged, with the one in upper Riccarton suffering significant damage to a building used as a study center, and the one in Greymouth going up entirely in flames.

Above: Arsonist Jacob Lowenstein. Photo via the NZ Herald.

This is not the first time in the recent past a Mormon church has been targeted by arsonists; the Daily Herald reported this weekend that two churches in Orem, Utah, were set ablaze by Jillian Nicole Robinson, 18, who also wrote 'SATAN LIVES' on the door of at least one church. However, Robinson was quick to admit that her crimes were a reaction to a troubled personal life, saying, "I was angry and all I wanted to do was set a small fire and it got out of control. I fled the scene and didn’t look back. I felt like playing with fire because of my crazy life at home. This was not a hate crime."

The crimes obviously echo the famous church burnings committed in Norway by the musicians leading the famous second wave of black metal, as depicted in the recent film version of the book Lords Of Chaos.

"Churches had all the power here back then, and we paid a lot of tax to the state church," said Mayhem bassist Jørn "Necrobutcher" Stubberud when discussing the motives behind black metal's dark rebelliousness. "They were making rules, and we had to pay for it. I was already rebelling against the idea of Christianity and I thought it was a lot of bollocks – anyone with any sense would know it’s just a stupid fairytale and that religion is a tool for control, nothing else. People are so pathetic that they still believe this shit down to the literal word – the walking on water, all that kind of stuff. That was a natural thing to rebel against, because we saw something wrong in society – wake up, this is stupid! Everyone was getting worked up about it, and we were thinking, ‘This is awesome!’ From there, the scene grew and it spiralled completely out of control – 50 churches burned up here.”