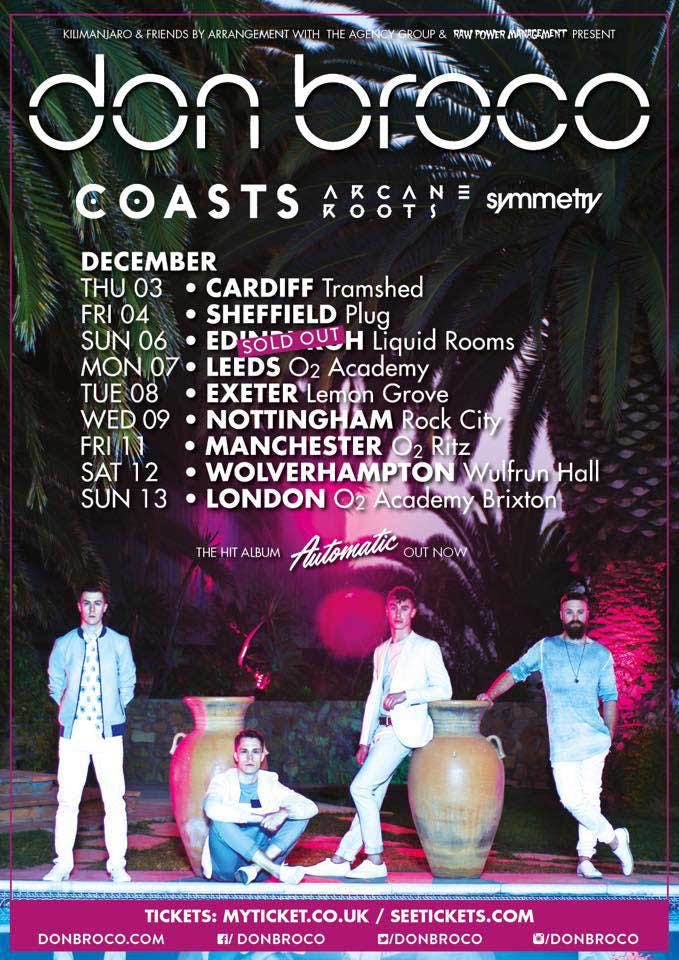 Don Broco have announced their support acts for their massive UK tour.

Joining the Bedford boys in December are Brit-rockers Coasts, alternative trio Arcane Roots and American pop-rockers Symmetry. The tour kicks-off on December 3 in Cardiff and concludes on December 13 at Brixton Academy in London.

Grab your tickets from the Kerrang! Ticket Store and see below for the full tour dates.