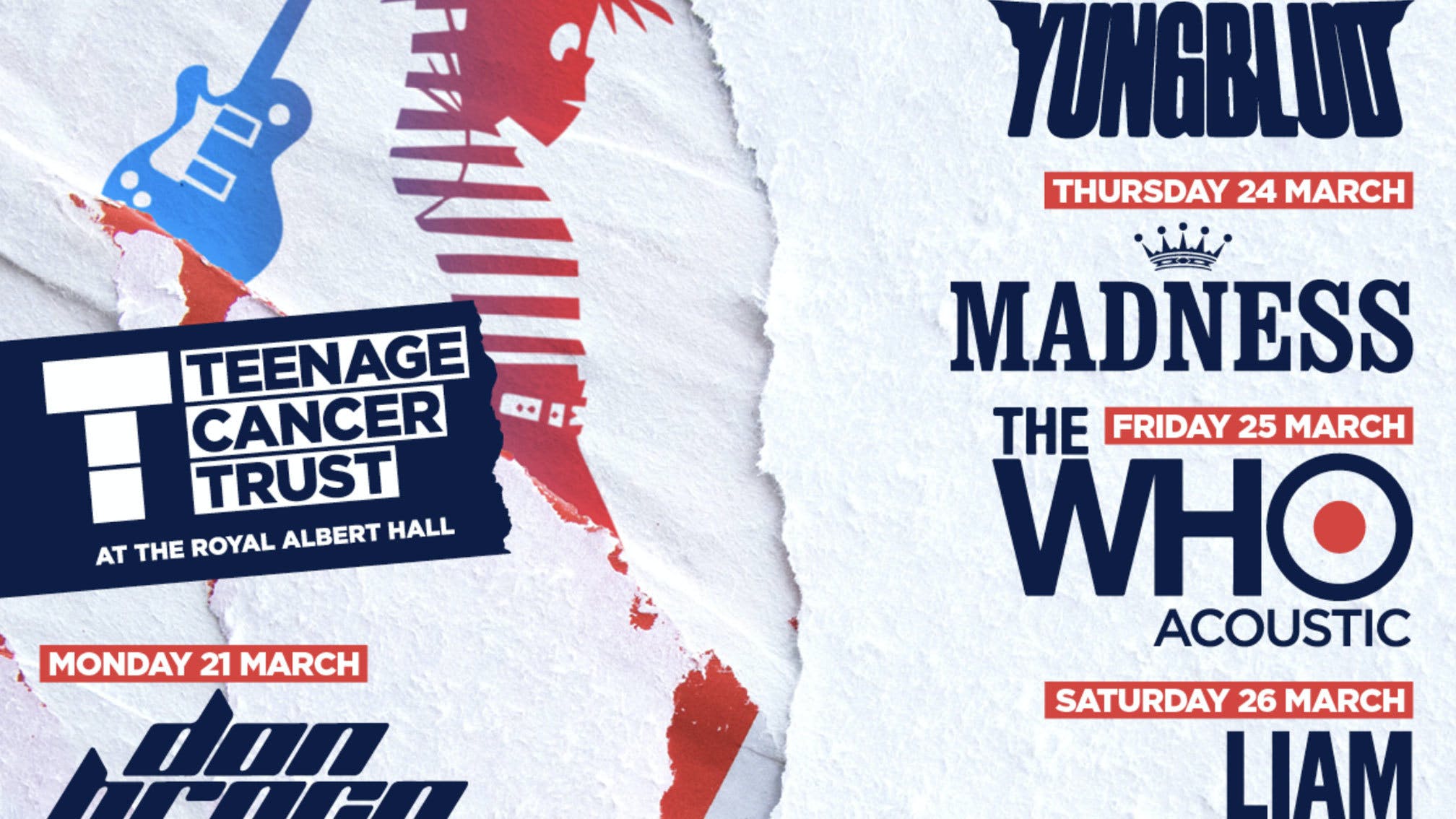 The line-up for this year’s very special Teenage Cancer Trust at the Royal Albert Hall concert series has been announced.

Returning next month for a number of very special charity shows, the series will feature performances by Don Broco, YUNGBLUD, The Who (acoustic), Ed Sheeran, Liam Gallagher and Madness on various nights, as well as an evening of comedy hosted by Joel Dommett and featuring Tom Allen, Rob Beckett, Rosie Jones, Romesh Ranganathan, Suzi Ruffell and Seann Walsh.

Roger Daltrey CBE, Teenage Cancer Trust Honorary Patron, says: “Live music has been hit hard by the pandemic and it has been particularly frustrating for me that we haven’t been able to get artists onstage to raise money for this vitally important cause.

“But we haven't given up. My wonderful team and I have pulled out all the stops to make this 20th series of shows for Teenage Cancer Trust the best ever. I am so grateful for the loyalty and continued support given to us by the music and comedy industries. The Who will be back onstage this year at the Hall alongside some wonderful talent. After the last two unbelievably difficult years, young people with cancer deserve everything we can do for them.”

Katie Collins, Chief Executive, Teenage Cancer Trust, continues: “We are so grateful to Roger and all the acts coming together to help us ensure that young people don’t have to face cancer alone. The past two years have been so tough for young people with cancer and their families. As well as being amazing gigs these vital fundraising shows going ahead will make the world of difference. Without the money raised at events like this – and people like Roger giving up their time to help others – our work would not happen and young people with cancer would go through treatment without the vital specialist care and support we provide.”

Check out the full schedule:

Tickets go on sale this Friday, February 25, at 9am.