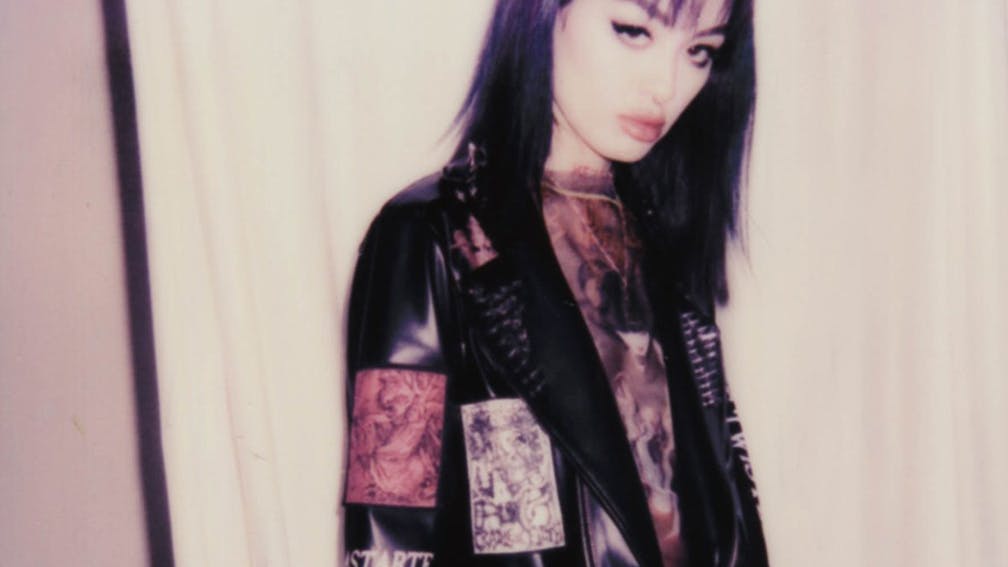 Following some huge collaborations with the likes of Game Of Thrones, Jurassic Park, The Simpsons and Sonic The Hedgehog, Oli Sykes' Drop Dead have announced another brilliant partnership – and this one's perhaps their most badass yet.

The Bring Me The Horizon frontman's iconic brand are working with Cradle Of Filth for a brand-new collection, launching on November 16 in Drop Dead's flagship Soho store in London, and online on November 18. On top of that, for the first time ever there's going to be a Drop Dead pop-up store in Tokyo between November 15-17 at the COMMON Gallery.

"Ever since I saw their infamous 'Jesus is a youknowwhat' shirt (widely regarded as the most controversial T-shirt of all time), I fell in love with the band," Oli says. "I love their approach to the uber serious clique they're in and their tongue-in-cheek designs and the fact that they don't give a monkeys about ruffling a few feathers."

READ THIS: 10 bands who wouldn't be here without Cradle Of Filth

The collaboration will reportedly consist of 20 pieces, including T-shirts, knitwear and outerwear garments – all constructed using cruelty-free materials.

Of course, this isn't the first time Horizon have worked with Cradle Of Filth this year; the band teamed up with frontman Dani Filth for an epic guest spot on amo song wonderful life.

“This is one of the heavier ones on the album," Jordan Fish told Kerrang! of the single. "It’s quite tongue-in-cheek and ridiculous in places. Not many people know that Oli and I went to LA last year to work with Limp Bizkit. We were going to produce their album and it… didn’t work, but that’s a whole other conversation. That’ll be my book some day, when this whole experience wraps up. Anyway, the main riff in this song is one we had for them that we ended up not using. It’s this really low-tuned, bouncy nu-metal riff and if we only got one thing out of that absolutely terrible experience, then at least we have this. Then one day Oli said, ‘Wouldn’t it be sick if we got Dani Filth on the middle eight?’ in one of his crazy creative brainwaves. Nice guy, by all accounts – I didn’t get to meet him. I don’t think he drinks the blood of virgins in real life.”

READ THIS: Oli Sykes and Sam Carter – It's time for rock music to step up

Bring Me The HorizonCradle Of Filth