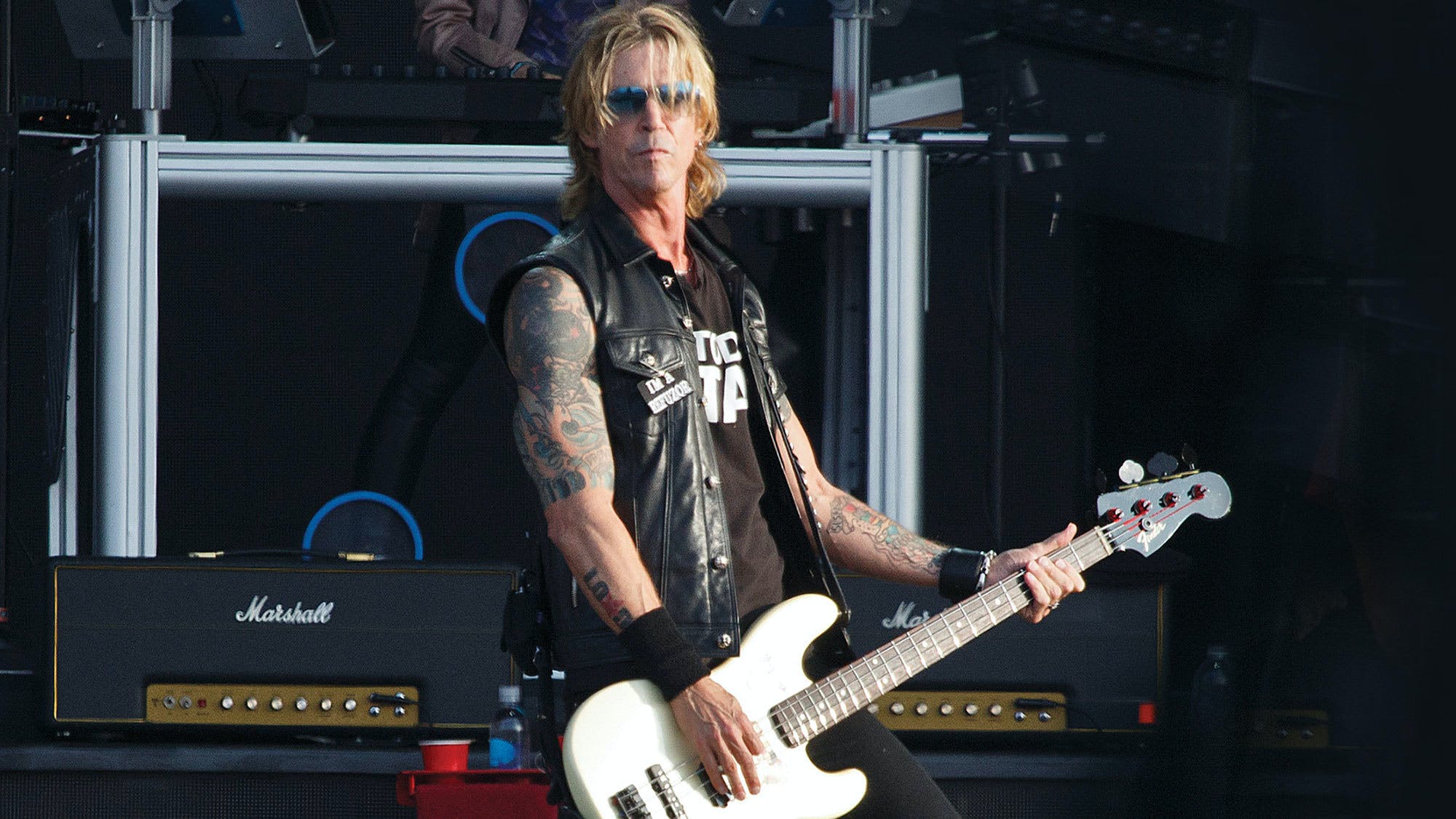 With Guns N’ Roses set to return to England on June 30 for a massive show at London’s Hyde Park, it looks like that’s not all they’ll be in the country for.

Bassist Duff McKagan has seemingly confirmed that GN’R will also feature on the Glastonbury 2023 line-up, with the legendary festival taking place from Wednesday, June 21 to Sunday, June 25… a few days before London.

So far, only Elton John has been announced for this year’s line-up, but Duff seemingly let plans slip on Three Chords & The Truth on SiriusXM radio (listen to the audio here). As shared by festival Twitter update account The Glasto Thingy, Duff was looking ahead to the band’s live dates and enthused that “Glastonbury is going to be iconic for us”, adding: “We’re going to be announcing some shows, you guys, at some point, we’ll be announcing a bunch of stuff.”

If that truly is the case (and we hope it is), then GN’R will be joining the one and only Rocket Man at the Worthy Farm event this summer. Organiser Emily Eavis previously shared of getting Elton for their Sunday night headline slot: “This will be the final UK show of Elton’s last-ever tour, so we will be closing the festival and marking this huge moment in both of our histories with the mother of all send offs. We are so very happy to finally bring the Rocket Man to Worthy Farm!”