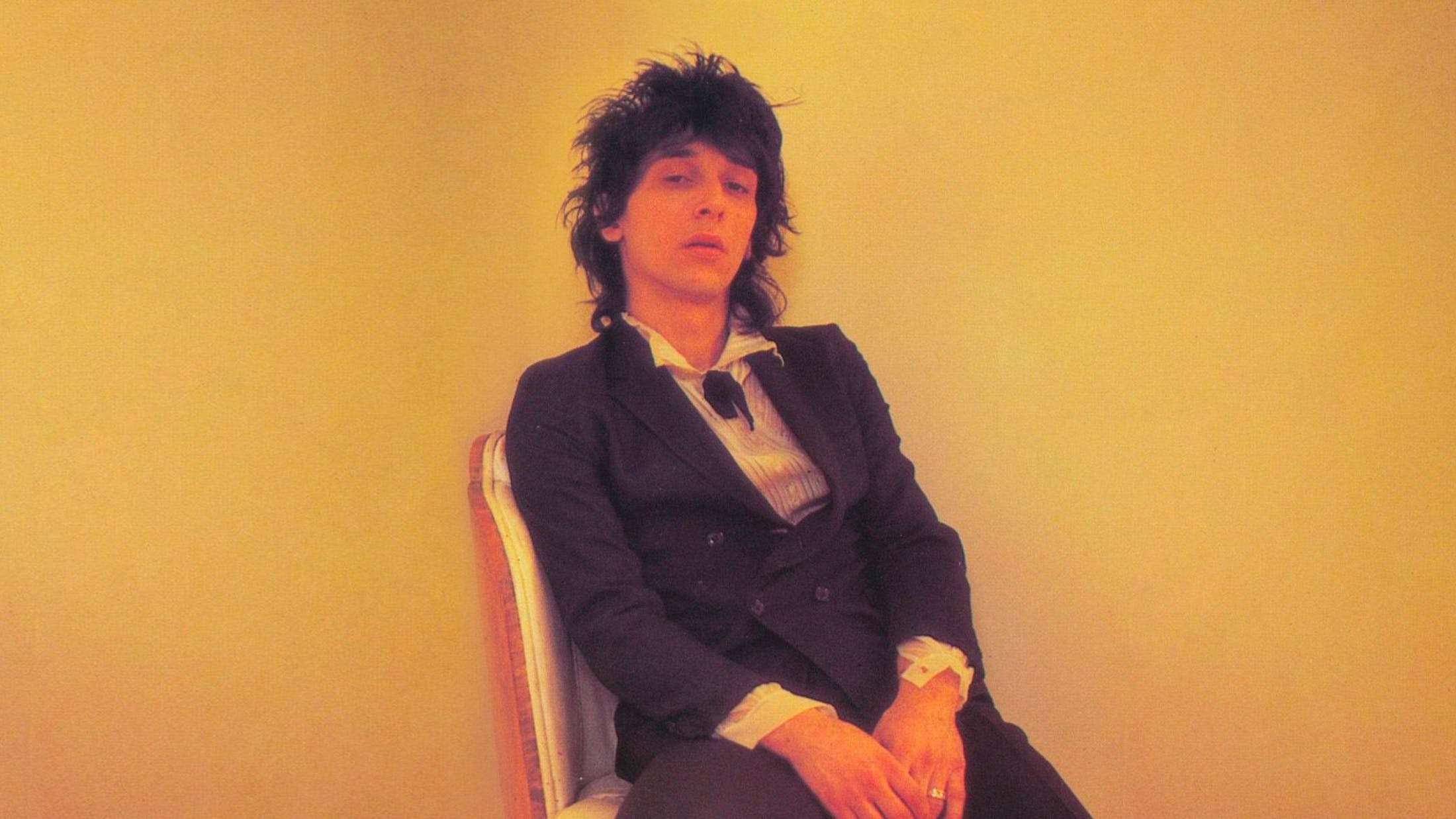 It was probably late ’78, I was 13 or 14, and I was getting turned on to this new music that was punk rock. I felt I was late to the party because ’77 was the year it had broken and, being a kid, I’d missed that. At that age, things move fast. I’d heard the Pistols and we had DOA from Vancouver BC and I had a single of theirs, The Prisoner, that I loved.

There were a couple of older punkers – Kurt Bloch and Kim Warnick from The Fastbacks – who started to turn me on to lots of different things. Kim would make these mixtape cassettes and Scott McCaughey from The Young Fresh Fellows was our record store guy. That whole time was so great!

You mowed lawns and did a paper round to save your money, so maybe you could buy a record. So I bought records by the Pistols, Vibrators, Generation X, DOA, UK Subs and some singles from weird little scenes. But the bands were all foreign, really. With a band like The Clash, when they sang White Riot we didn’t know about the economic struggles of England. We learnt about it, but it was still quite alien. Then I saw the cover of The Heartbreakers album L.A.M.F., and I thought, ‘That’s what I want to be!’ I could relate to it and to Johnny in particular.

I heard the music and I really drew a straight line from Johnny Thunders to Steve Jones [from the Pistols]. I’d worked out that Johnny’s previous band, the New York Dolls, had come before the Pistols, so I figured that Jonesy had been totally influenced by Johnny. I’d heard the Dolls by then, too, alongside Slade, Sweet, T Rex, The Stooges and The MC5, but Thunders rose to the top, for sure. I learnt to play Pirate Love [the first song on L.A.M.F.] and it’s still one of the greatest songs of all time.

L.A.M.F. is an incredible record because you can learn the songs, but it is complex in the way in which that band played together. You can’t just sit down and play drums like Jerry Nolan, there’s a kind of swing to that shit. The way Johnny sings is unique. It’s scratchy, it’s tinny, and it’s not the type of voice you think you want to hear again. And yet it is. It’s perfect. And the guitar tone he gets out of that Les Paul Junior – and whatever amp he happened to have to hand – sounds perfect too.

I started going to see Johnny live when he first came to Seattle, which I think was in ’79. I jammed at that age too, when I was 15 or so. Me and Paul Soldier – who was in 10 Minute Warning and The Fartz with me – jammed with him at a show in Portland. It was horrible!

Seattle had been a good show and I think Vancouver was too, but he had to keep on getting the drugs, right? So he just stopped the Portland show because his drug supply had arrived. He didn’t say as much at the time, but he just left the band out there playing, stopped to go fix, took 10 minutes, and came back out. But he was too high. That was the night I jammed with him and it was terrible. I guess he thought we were kids that might have some drugs for him.

Johnny’s first solo record, So Alone [released in 1978], was a step on from where he’d been before. Steve Jones – who I ended up playing with when I got sober – played on it, and he filled me in on some of the things that happened during the record and it was dark, as you can imagine. You look at some the figures that were coming in during those sessions and it starts to make sense. Phil Lynott and people like that. It’s a diary of who was doing heroin back then.

For me it was also a record that arrived at the perfect time. I heard it in 1980, just as my tastes were broadening as well. I discovered Motörhead, AC/DC and Prince around that same time. I was able to spread out a little bit and I started seeing different sides of life, too. I was 15 years of age and playing with people in their 20s, and seeing all sorts of new things. The punk rock scene was really cool at that time, full of freaks of every colour and every orientation. So Alone was part of that experience for me. It offered a more emotional element of music and it was more reflective. It was full of storytelling. It was maybe my generation’s equivalent of a Bob Dylan record.

Johnny had everything at that time. The look, the songs and the swagger. It wasn’t Motörhead. Lemmy had his own swagger, but that was different even if it was in the same neighbourhood, and they were both cool motherfuckers. But Johnny had the Dolls notch on his belt and you sensed that he knew he was in trouble. That was no secret.

Musically, he made it okay for us to start playing acoustic guitar, and to figure out some prettier chords that allowed us to take things to the next level. There are chords that you learn from Johnny that take you to the same chords that The Stones would use.

The last time I saw him live in Seattle was ’82 or ’83. It was at the Norwegian Hall and there was almost a riot. You couldn’t exactly call it a riot because there weren’t enough people there for that, but Johnny’s band and the audience got into a fight and there were mic stands flying everywhere. I just sat back and watched it all happen and I just thought, ‘This is a mess.’ The gig was over and I was starting to grow up, and I decided that I didn’t want to keep on going to see a guy who may or may not be able to finish the show. I decided that I’d rather go and see Iggy or Bad Brains.

So I didn’t see Johnny again until Guns N’ Roses were on our way. We started to get really good shows in LA opening for Cheap Trick and Social Distortion. And then the Johnny Thunders gig came up – so this must’ve been ’85 or ’86. We opened for him at Fender’s Ballroom down in Long Beach. And that’s when it all came crashing down…

Johnny was jonesing and waiting for a guy during soundcheck. He was also hitting on a girlfriend that belonged to one of our band members. Back then, we were like a gang and you didn’t fuck with us at all. So Axl went off on him. I heard this, ‘Motherfucker! I’m going to kick your ass!’ And Johnny locked himself in his dressing room and was terrified. The show wasn’t very good either and I decided I needed to move on from Johnny for a while all over again. Not that I really did. You don’t want to see your heroes like that. You don’t want to see them vulnerable.

Fast-forward to 1992 and I felt really vulnerable. Our band was huge and everything seemed all over the place. I had no experience of being in a huge band, none of us did. I was drinking a lot and taking drugs, trying to find something to hold on to. So I went into some studios on the Illusions tour and recorded some songs. They were either demos for Guns or songs for me. Looking back, they were awful songs, but they were a snapshot of my life at the time. I did a cover of Johnny’s You Can’t Put Your Arms Around A Memory. The guys in the band were thinking about starting to put together that punk rock covers record, The Spaghetti Incident?, and Axl loved that version of the song and said, ‘Let’s just use that.’ It was probably a mirror of my state of mind at the time.

People have said that So Fine [from Use Your Illusion II] was my tribute to Johnny, but it’s really about the use of his chords. I have an acoustic guitar which is within reach a lot of the time, and as soon as I pick it up, I go to a D chord – which is because of Johnny Thunders. That’s all because of So Alone. I use a lot of those chord choices of his. I use a lot of the passing chords. Listen to the end of Patience! That’s D, the barred F sharp with the thumb, to the G – which are just influenced by Johnny. I made that Tenderness record a few years a go and that full of Johnny Thunders chords. It’s all a nod to him and to Steve Jones because those were the key influences when I was forming. If you ask yourself, ’What would Jonesy do?’ you can never go wrong.

After Johnny died, I got to meet his son when we played Madison Square Gardens with Guns in ’93. His son looked like him. He was the spitting image of Johnny and I remember thinking, ‘You find a better path’. Johnny’s death in New Orleans [in 1991] is full of darkness and it’s horrible. But the legacy he's left is enormous – I literally saw it the other day. Susan and I have had our vaccine shots and we’re back in LA, so the other day we went down to The Great Frog, and we walked in and there were two kids in their 20s working in the store with their dyed black hair. They just looked like Johnny Thunders, they had the haircut and everything.

L.A.M.F. is a rock’n’roll classic – a fill-up-the-tank-and-let’s-go classic. But So Alone and [1985’s] Que Sera Sera have huge influence. Not just on me. His influence spans the generations and – think what you will of him – but his songwriting is emotive and powerful. Those songs are what it's all about. His music has risen to the top and it’s totally timeless.

As told to Phil Alexander.