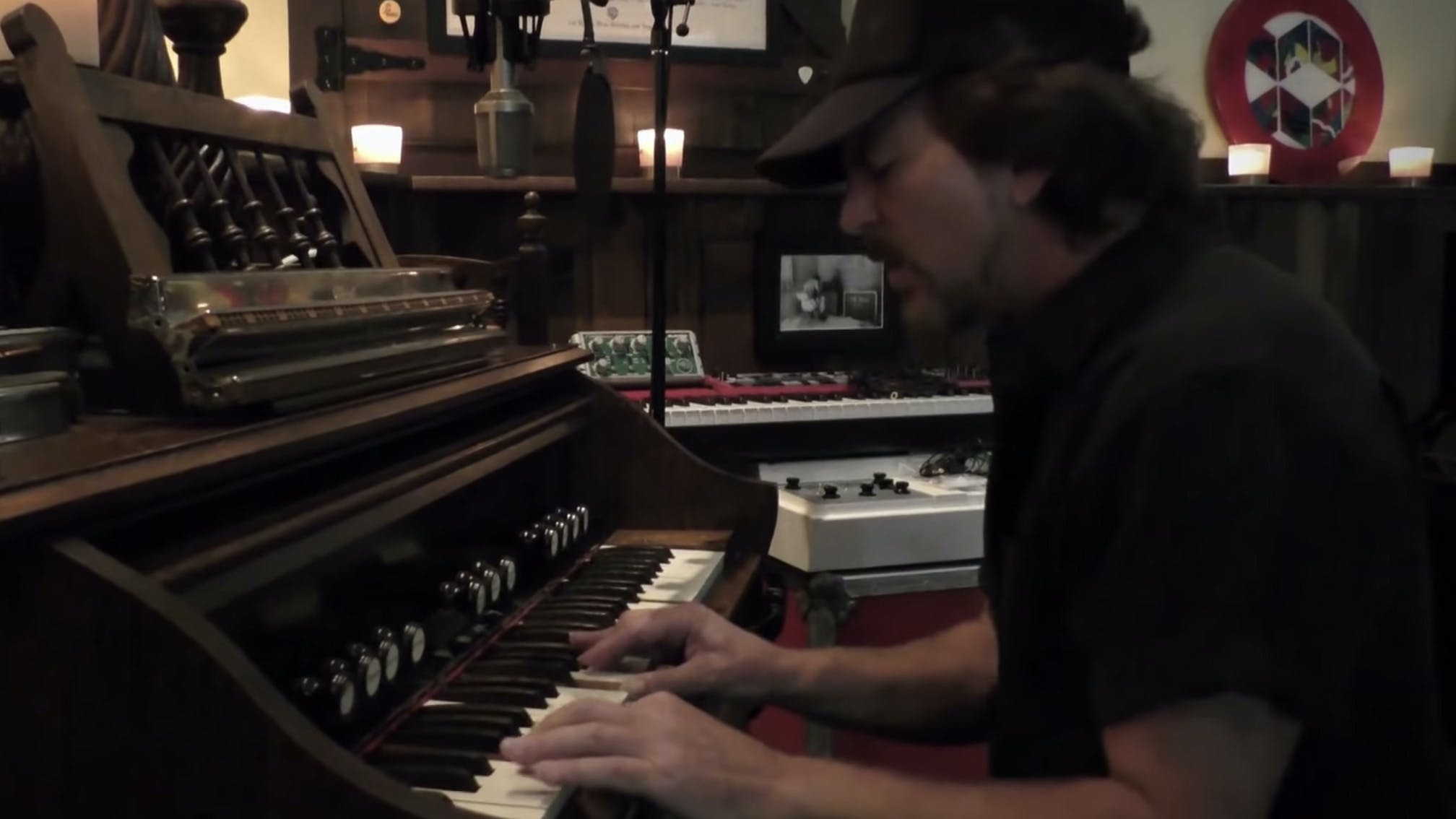 Joining the likes of Lady Gaga, Billie Eilish, Elton John and Taylor Swift, Pearl Jam frontman Eddie Vedder made an appearance on this weekend's One World: Together At Home coronavirus TV benefit.

The vocalist played an absolutely gorgeous rendition of Gigaton track River Cross on the organ while self-isolating at home, with the candles in Eddie's basement and closing lyrics of 'Share the light / Won't hold us down,' making for one of the most moving performances of the entire show.

Read this next: The 30 stages of Pearl Jam’s evolution

In a recent interview discussing the making of Gigaton, Eddie compared ordering the tracklist for the record to making a setlist for a show.

“We still make records to be listened to – not that everyone will listen to a record track one to 12 in a row or side A or Side B – but we still make ’em in case somebody does want to listen to it like that, that’s how we make ’em," he explained.

The frontman added of the seven-year wait between Gigaton and its predecessor, 2013's Lightning Bolt: “At some point, we had to finish. At some point, we zeroed in and thought, ‘Okay, I think we got this and now let’s nail these bits and pieces.’

“This last fall we really leaned in heavy and hard and gave ourselves a little bit of a deadline finally, which was cool, I thought it was very mature and grown-up of us to say, ‘Okay, now let’s actually finish!’ After all of that fun, now we have to set it down in concrete.”

In other Pearl Jam news, the Seattle legends were recently forced to postpone their 2020 European tour, with the cancellation of this summer's BST Hyde Park in London also announced.

"In light of the global COVID-19 pandemic, Pearl Jam's 2020 European tour dates have been postponed until June/July 2021," they said. "We are working with all of our partners to reschedule these dates and will release the new tour routing as soon as we are able.

"All tickets will be honoured for the rescheduled concert dates. Refunds are not being offered at this time. However, we are still reviewing specific ticketing policies with our partners in each country. Ticket holders will be notified of any changes."

The band added: "We look forward to returning to Europe in 2021!"

Pearl Jam's Ten and No Code (turning 30 and 25, respectively) have been redone in Dolby Atmos and Sony 360 Reality Audio by producer Josh Evans.