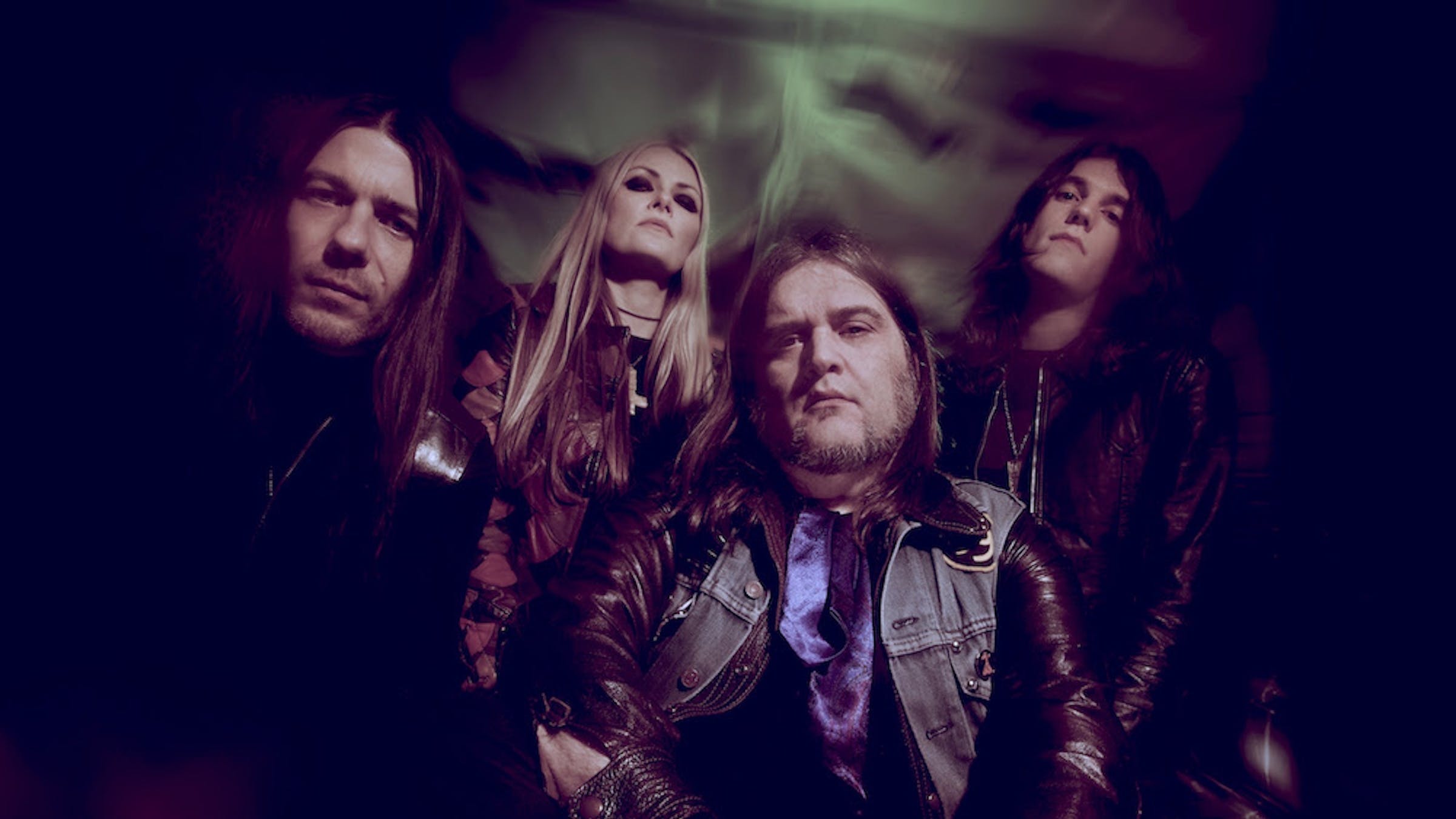 It's been a hot second since stoner doom metallers Electric Wizard have toured the U.S. Now, the band has announced a series of American dates, with blackened street-metallers Midnight coming along for the ride.

The shows focus entirely on major markets along the Eastern Seaboard, most likely because the weed isn't as good in, say, Minneapolis (we kid, there's primo bud in MN).

Get stoned in the name of Pan at one of the following dates:

The Wizard's had a solid year thus far, having blown minds at Psycho Las Vegas only a few weeks ago. Kerrang!'s own Morat described the singular experience as "not to be missed. Sure, they play pretty much in the dark, as do many bands this weekend, but with all the craziness on the huge projection screen it looks very atmospheric. And whatever is lacking in lights is more than made up for with volume. Good God, this is LOUD!"

Electric Wizard also got very high (ba-dum TSS) on our list of the best songs ever written about vampires. The band's inclusion on that ranking was for The Satanic Rites Of Drugula off of 2007's Witchcult Today. Describing the track, K! writer and self-professed vampire fanboy Chris Krovatin wrote, "In their eternal quest to mix old monster movies and pothead culture, stoner doom crew Electric Wizard created the greatest villain of all time: Drugula, a hellish shadow who craves dope-laced bloody. The weed vampire’s anthem is a crushing, regal doom epic that will have listeners hitting the bong and putting on a Christopher Lee movie in no time. Kudos for the inclusion of the lyric, 'Bloodlust! Druglust!'"

Midnight, meanwhile, came in at #11 on our list of the 50 best American metal bands of the past decade, which described them in flowery terms: "[Midnight's] grimy, nihilistic street thrash is the stuff out of every mother’s nightmare, while their songs about repugnant sex and switchblade justice somehow feel inclusive and welcoming. Leather, flames, and sweaty fucking — all of which are American dreams."

READ THIS: Psycho Las Vegas took me to Hell on Earth and back