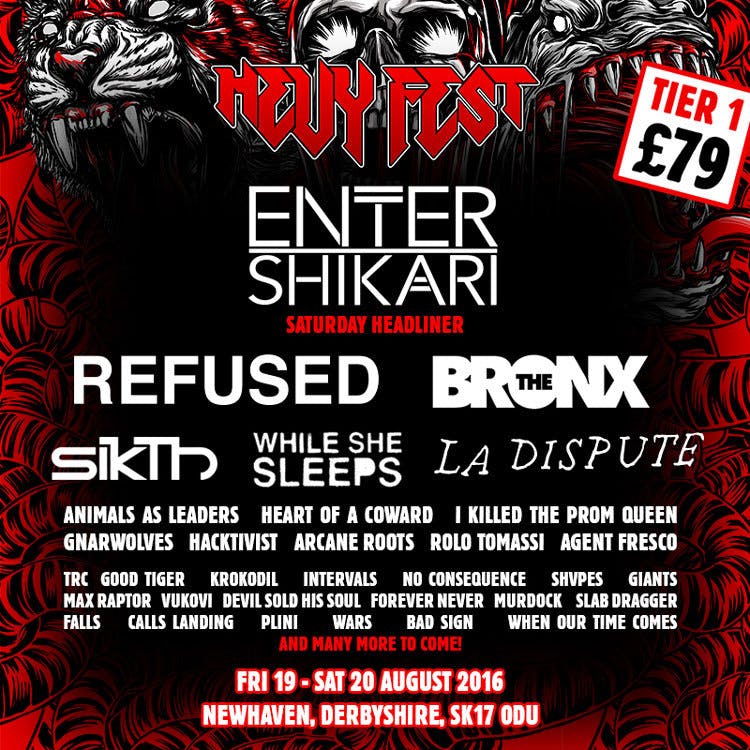 Enter Shikari have been confirmed as the first headliner for Hevy Fest 2016! Nice.

The St Albans mob will headline the Saturday night of the two day event which will take place at its new home of Newhaven, Derbyshire between 19 – 20 August. Tier 1 tickets on sale right now from the Kerrang! Ticket Store.

If that is not enough, the festival has also announced a further 19 bands to its already killer line-up. In this latest announcement we can confirm; The Bronx, La Dispute, Heart Of A Coward, I Killed The Prom Queen, Arcane Roots, Rolo Tomassi, Agent Fresco, TRC, Good Tiger, Intervals, SHVPES, Giant, Max Raptor, Bad Sign, Slabdragger, Falls, Calls Landing, Plini, and Wars as the new names to be added to the 2016 bash.

They join the likes of the already confirmed Refused, SiKth, While She Sleeps and Gnarwolves – Check out the latest line-up poster below!