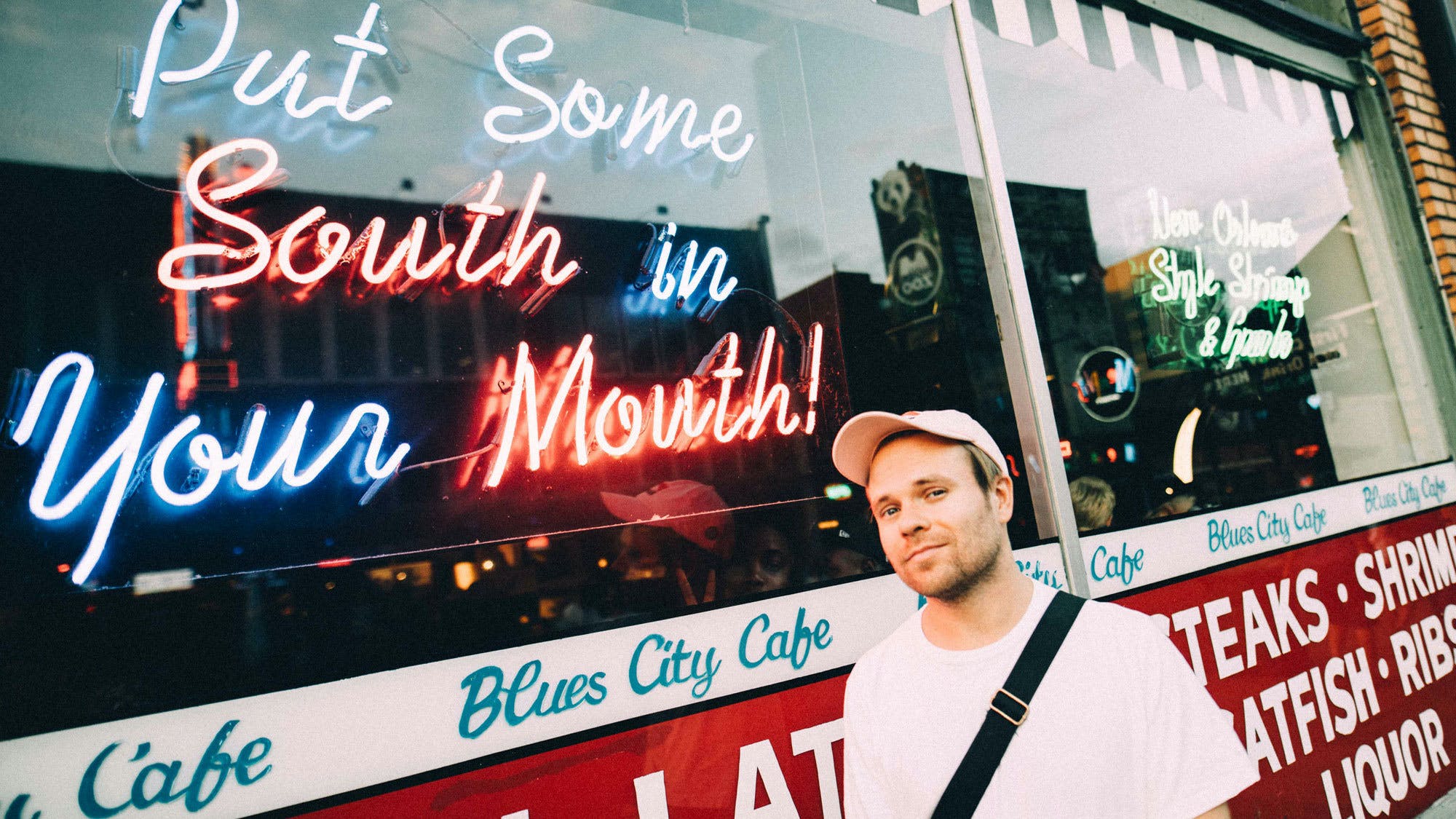 Texas has always felt a bit of a home away from home for us. It’s where we store our American gear, where we rehearse, where we start most tours… Hell, Rob is even married to a wonderful Texan! So there’s family and friends here, too.

With these attachments to the State in mind, we decided we wanted to embed a little Texas onto our next album.

After nursing the inevitable aches and bruises that a rowdy first show of tour brings, we set out to find a local studio to get some recording done.

While buying some essentials at a Guitar Center (America’s biggest musical equipment shop), we rather serendipitously meet a lad who not only turns out to know and dig our music, but also works at a studio near the venue we’ll later be playing. The spangled stars had aligned, and we decide to head down there to lay down some vocals on a track that will hopefully - though it is far too early to say - make it onto our next album.

It’s so much easier to get talking to people in North America. Sparking conversation with a stranger is complete normality here (compared to London, where we’re stereotypically a little more guarded and generally suspicious of people), so meeting people and starting friendships here seems to be easier. The general atmosphere on the street certainly doesn’t seem to reflect the hugely politically divided country we observe from overseas.

People are as kind and welcoming as ever, especially here in the south where ‘southern hospitality’ is a matter of pride for all who hail from these parts. For starters; we’re two days in and we’ve already been given a home-baked cherry pie, a tray of doughnuts, a big box of cookies… so when people ask us why we’re so energetic on stage, this is why! I’d be triple the size if I didn’t have that nightly exertion to burn it all off.

Walking down a bustling main street I see some neon text in a restaurant window reading 'Get some south in your mouth'. This to me, just seems naughty; and as a lover of the south I set off into the night to try to fit as much of it into my mouth as I can manage.