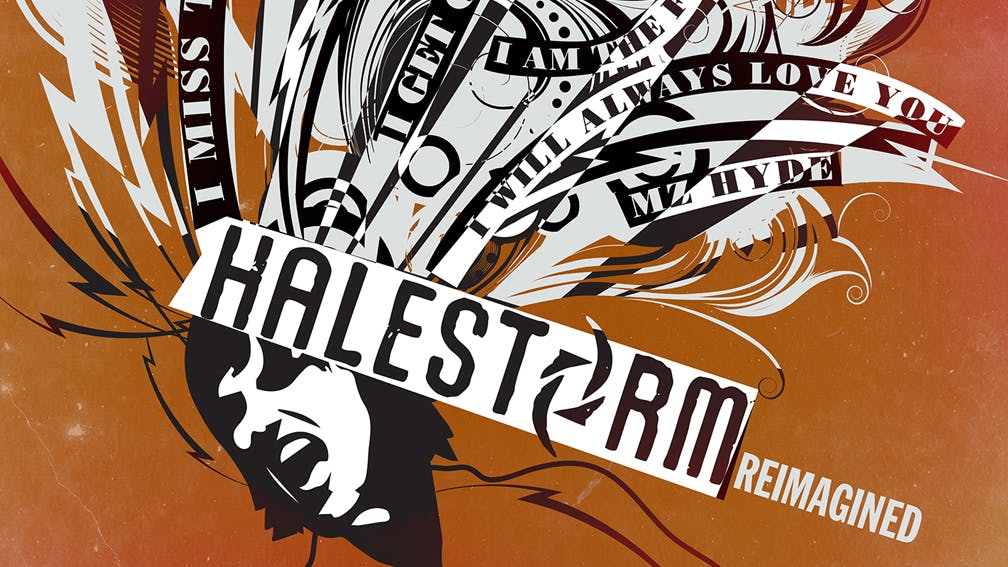 In recent years, Halestorm have become one of the most formidable rock’n’roll bands on the planet. Boosted by bona fide superstar Lzzy Hale at the helm, the Pennsylvanians have conquered thanks to a sharp skill with swaggering bombast, killer hooks and an everything-up-to-eleven attitude.

And now they’ve ditched it… well, at least for this EP of re-imaginings, as the name suggests. Here, Halestorm have stripped five of their biggest songs down to the bare bones, leaving them exposed and vulnerable, unable to hide behind a wall of amps. It’s a bold choice, but also one that doesn’t always pay off.

Opener I Get Off is the weakest of the reworked originals on the record, taking on a more R&B vibe with an undercurrent of rock trying its hardest to get out. It swings and croons, still with that Halestorm grit, but misses that electrified oomph. I Miss The Misery, on the other hand, is a real showcase of the power in Lzzy’s lungs, as her voice dances between dreamy ‘I like that kick in the face’ to the snarling ‘I don’t miss you, I miss the misery’ in this Americana version of the usually stomping track.

In fact, Lzzy’s voice is the centrepiece to the whole record. No matter what she’s put up against, her vocal dexterity holds each song down. I Am The Fire – usually a monstrous anthem – has become more delicate. Rather than the emphatic chorus being an empowering statement, it now feels like a yearning to have confidence in oneself, even if you don’t quite believe it. And the duet between Lzzy and Evanescence’s Amy Lee on Break In adds a luscious layer of warmth to the original, a perfecting meeting between two of rock’s most powerful voices. There’s a genuine tenderness there, a sonic connection between two friends. It’s something we hear often in Amy’s day job, but a side to Halestorm rarely seen amongst their braggadocio.

But it’s not all Halestorm originals. Instead they take the (slightly misguided) choice to cover I Will Always Love You, popularised by Whitney Houston. There’s no doubt this is more of a tribute to the song itself, rather than Lzzy thinking she can do it better, but when you’re up against one of music’s all-time greatest voices, what is the point in trying? Sure, Lzzy can muster the necessary key changes, but it’s so much like a weak copy of the original – rather than trying to ‘rock it up’ a bit – that it feels unnecessary and flawed as an idea.

They pull it back with Mz. Hyde, though. Closing on the most rock’n’roll of the six tracks, it’s the only one of these songs that is actually an improvement on the original. And, perhaps more importantly, it’s the most fun. With the huge bouncing chorus hook of ‘Welcome to the nightmare in my head’ fist-pumping against the thrum of the acoustic guitar, it adds a new dimension of witchcraft, replacing the original’s growl with a sinister croon.

In all, if you’re not a Halestorm fan, there’s probably not a lot for you here. But to those immersed in their realm, there’s some interesting curios to be found on Reimagined, and if nothing else, it stands as a testament to just how much of a killer voice Lzzy has.

For Fans Of: Joan Jett And The Blackhearts, The Pretty Reckless, Black Stone Cherry

Reimagined is out now via Atlantic.