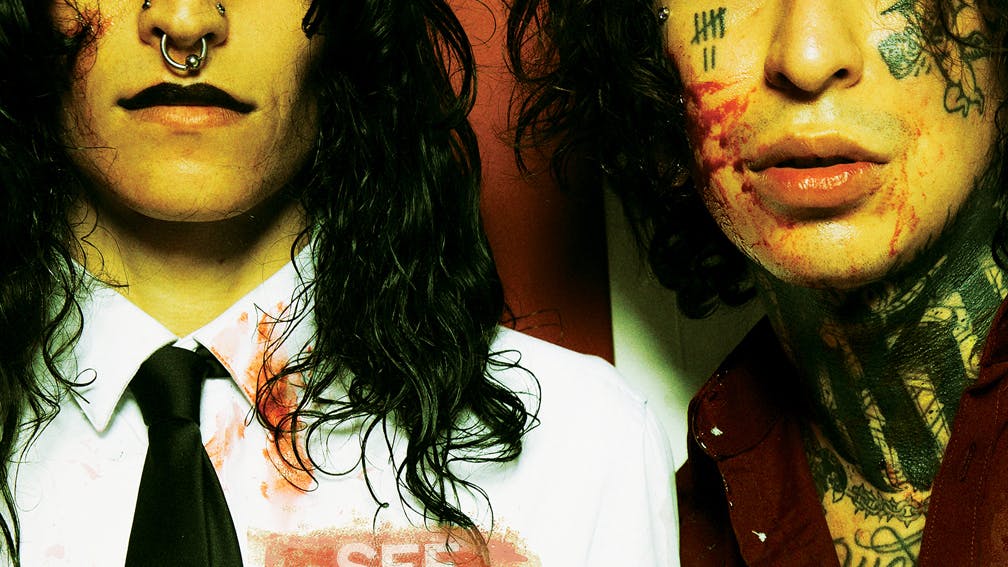 Split releases are strange beasts, with the right pairing of bands often making for a great record that is more than just a couple of random acts slammed together. In teaming up, self-styled ‘sasscore’ merchants SeeYouSpaceCowboy and post-hardcore crew If I Die First have played it safe, their sounds complimentary, and the format brings out the best in both of them. Throwing a twist into the mix, they also collaborate on the middle of the five tracks contained here, making for something unique for fans of the two bands.

SeeYouSpaceCowboy go first, their jagged, grisly riffing quite queasy, particularly on Painting A Clear Picture From An Unreliable Narrator, and there is some palpable melancholy in the melody that's also let loose. The brief Modernizing The Myth Of Sisyphus is affective too, having a surging quality to it, something that could also be said for If I Die First’s Mirror, Mirror This Is Nothing Like You Promised, which also proves they too can come up with unwieldy song titles. The best track is IIDF’s closing My Nightmares Would Do Numbers As Horror Movies, the way it switches between poignant picking and pulsating bursts of noise grabbing the listener.

The collaborative track, bloodstainedeyes clocks in at five minutes, the longest song by some stretch, and it packs a lot in. The bands’ multiple vocalists play well off each other as they sing, sneer, spit and snarl across ugly riffs and swathes of melody, leading into an affecting haunting break before exploding in a gigantic scream-fest. Taken altogether, the EP is just the right length, and is a decent addition to both bands’ discographies.

For fans of: Every Time I Die, Code Orange, Knocked Loose

A Sure Disaster is out now via Pure Noise.

SeeYouSpaceCowboy will hit the road with Static Dress and Cauldron for a UK and European run this June.