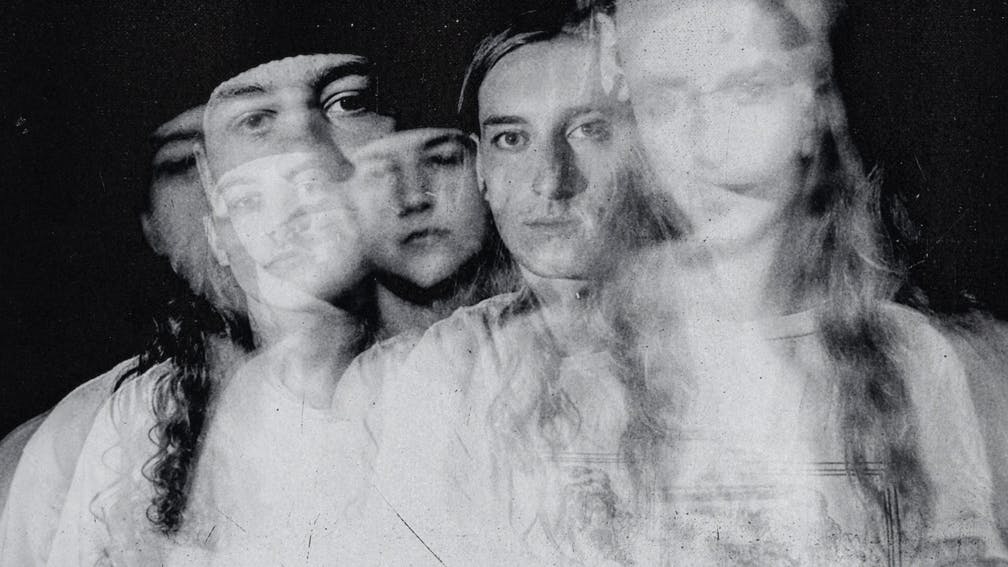 Torus don’t so much wear their influences on their sleeves as stitch them boldly across the rippling fabric of debut EP Sail. From the paradigm-shifting populist rock of early Foo Fighters and Queens Of The Stone Age, to the more emotionally complex sounds of Kyuss, Smashing Pumpkins and Alice In Chains, you're taken on a gleefully fuzzed-up tour of the late-’90s alt. landscape across four tracks that feel like they could be forgotten relics of the era.

Where many outfits would get caught up in tipping hats to their heroes, however, the Milton Keynes lads unapologetically repurpose those well-worn sounds to tell a story all their own.

Bandleader Alfie Glass seems to be tapping into the spirit of vintage Dave Grohl with his raspy, faintly-melancholic vocals and angular, anthemic guitar on the opening title-track, for instance, but it’s his own discontent that bleeds through the song’s repeated lament: ‘You won’t stop lying’. The banging Did It Again, meanwhile, sees him more in thrall of Dave’s old mucker Josh Homme, packing in all the hip-swivelling riffage and borderline falsetto of classic QOTSA, while eschewing any sense of real regret in favour of mischievous swagger.

Lead-single Clone is tantalisingly harder to pin down. Between its deliberately-paced guitar and drums, Alfie weaves a hypnotically cyclical line of questioning, laced with authentic grit and anguished uncertainty: ‘How long, will it haunt me / How low, inside our minds?’ It’s the goosebump-inducing highlight of the record, and a clear indication of the direction Torus would be best-served heading in next. After which, the spring-loaded stoner-rock of closer Hurt You can’t help but feel a little insubstantial. Fortunately, Sail has long-since ensured that we’ll be eagerly checking in at Torus’ next port of call.

For fans of: Queens Of The Stone Age, Foo Fighters, Smashing Pumpkins

Torus is out now via MNRK

5 reasons why you need to check out Torus

Milton Keynes trio Torus are one of the UK’s hottest new bands. As they strike out properly with debut EP Sail, it’s high time they were on your radar. So here’s everything you need to know…