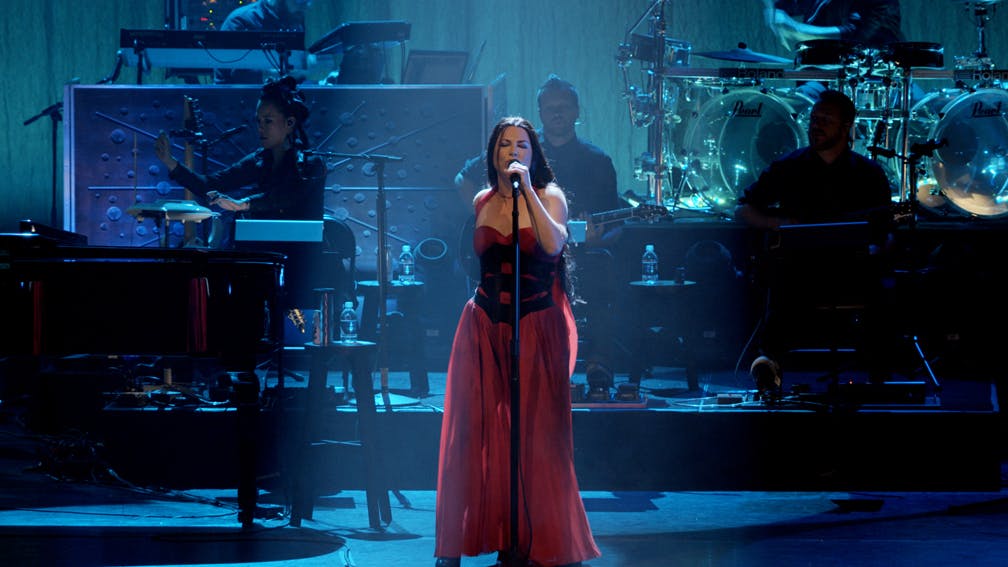 Evanescence vocalist Amy Lee has revealed that the success of the band's 2003 debut Fallen was overshadowed by fears for the health of her brother.

In an exclusive interview with Kerrang!, Lee opens up about her personal life during the upswing of her band's popularity following the release of the single Bring Me To Life.

“My life has been so full of extremes," says Amy. "It’s hard to sum up what it was like when it was all happening because it was happening fast, but there was so much else happening at the same time. I’ve had major tragedies in my life and major victories, too. But at the time the first song, Bring Me To Life, made it to Number One in the UK, and the next song [Going Under, which charted at eight in the UK]… It was all happening and we were at the GRAMMYs."

"That whole year, as much as it was wonderful, at the same time, my brother Robby was having brain surgery and facing the fact that he might not ever be okay," she continues. "And my family was so happy and so excited for me, and I realised there was a lot of turmoil within the band behind the scenes at that time. There was so much going on. It was wonderful and also terrifying, and a lot of learning happened. I’m grateful for it all. In some ways, I’m a lot happier to be where I am now than where I was then.”

Evanescence's Synthesis is out now on DVD and Blu-ray.

You can read the full interview in this week's Kerrang!, on sale now.