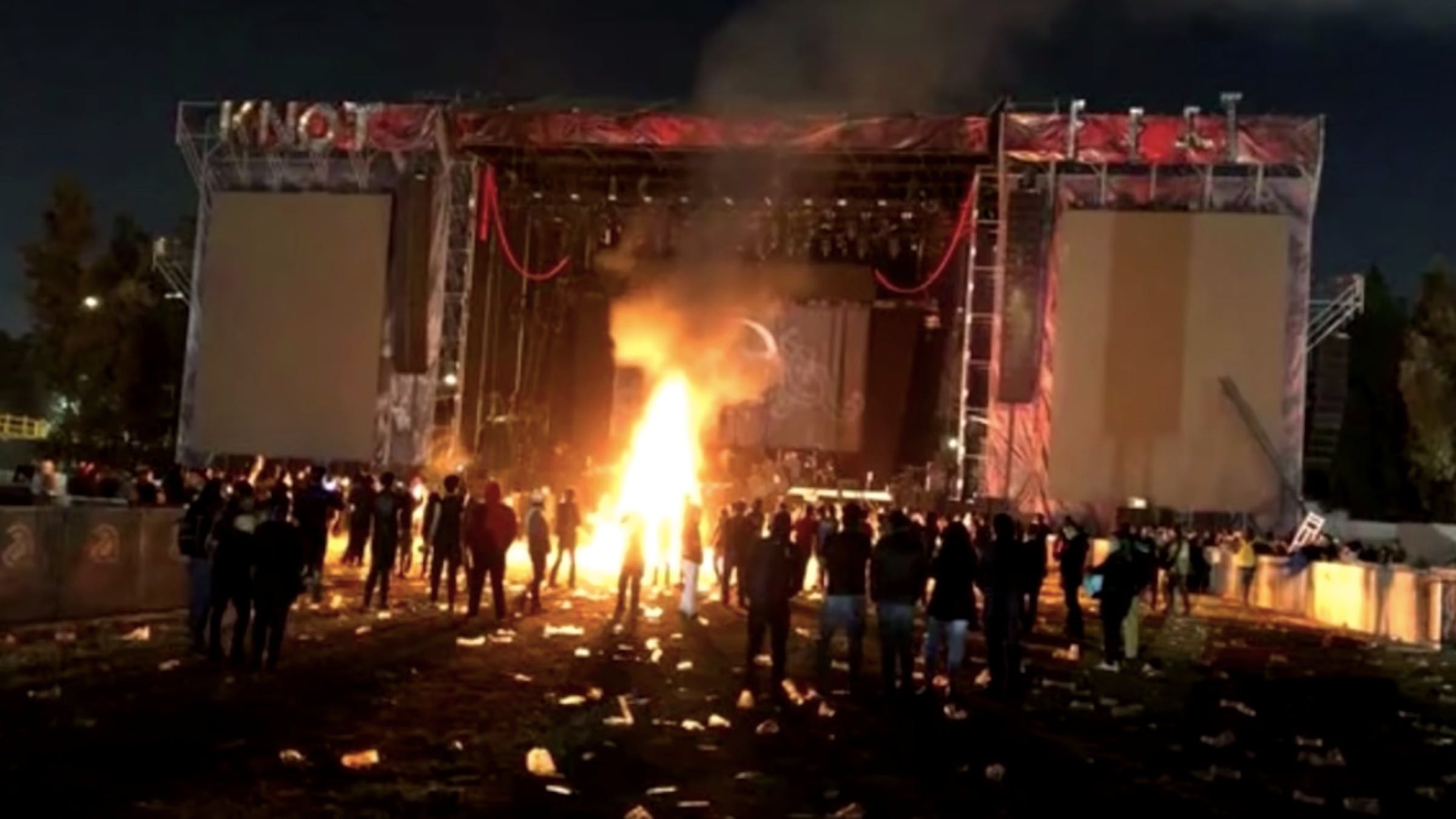 This weekend, Slipknot and Evanescence were forced to cancel their appearances at Knotfest Meets Forcefest in Mexico City after a broken barrier put the bands in harm's way. In return, festival attendees stormed the stage and caused wanton destruction, including burning the drums of Evanescence's Will Hunt. Now, the drummer has released a video and statement that both apologizes to his Mexican fans and calls out the rioters for ruining everything.

“So, a lot of questions about this. First and foremost everyone is ok. We love Mexico and as a whole the fans are incredible. The riot that happened was a small group of morons and they WILL NOT change my love for the Mexican people or our fans in Mexico. As for the rest of it, here are my (somewhat comical) take aways.

“1st- Do you even riot bruh?! I mean, hell, if you’re gonna do it, REALLY do it!! Burn the whole fuckin’ thing down!!! What you pack of [email protected]$ies did was weak and stupid- JUST LIKE YOU. 2nd. If you’re gonna torch my beautiful @pearl_drums kit that meant the world to me (second video), at least cook some meat or marshmallows over the fire!! Fuckin’ weak ass [email protected]$y AMATEURS!! Again- weak and stupid JUST LIKE YOU. And 3rd- to the kind worker trying to clean up the mess- before you cart off my still smoldering kit (third video and because it used to rock so hard it’s still on fire!!) you should probably make sure the embers are out because IT CAUGHT BACK ON FIRE SMOKEY!!!

“So there ya go……… Moral of the story is don’t half ass anything…… least of which, your fucking riot, which again was WEAK AND STUPID JUST LIKE YOU FUCKING MORONS….”

Here's the video that came with the commentary:

READ THIS: A deep dive into Evanescence's Bring Me To Life video

If you were unable to see Evanescence in Mexico but find yourself in Europe next spring, you can watch the band live with Within Temptation at one of the following dates: