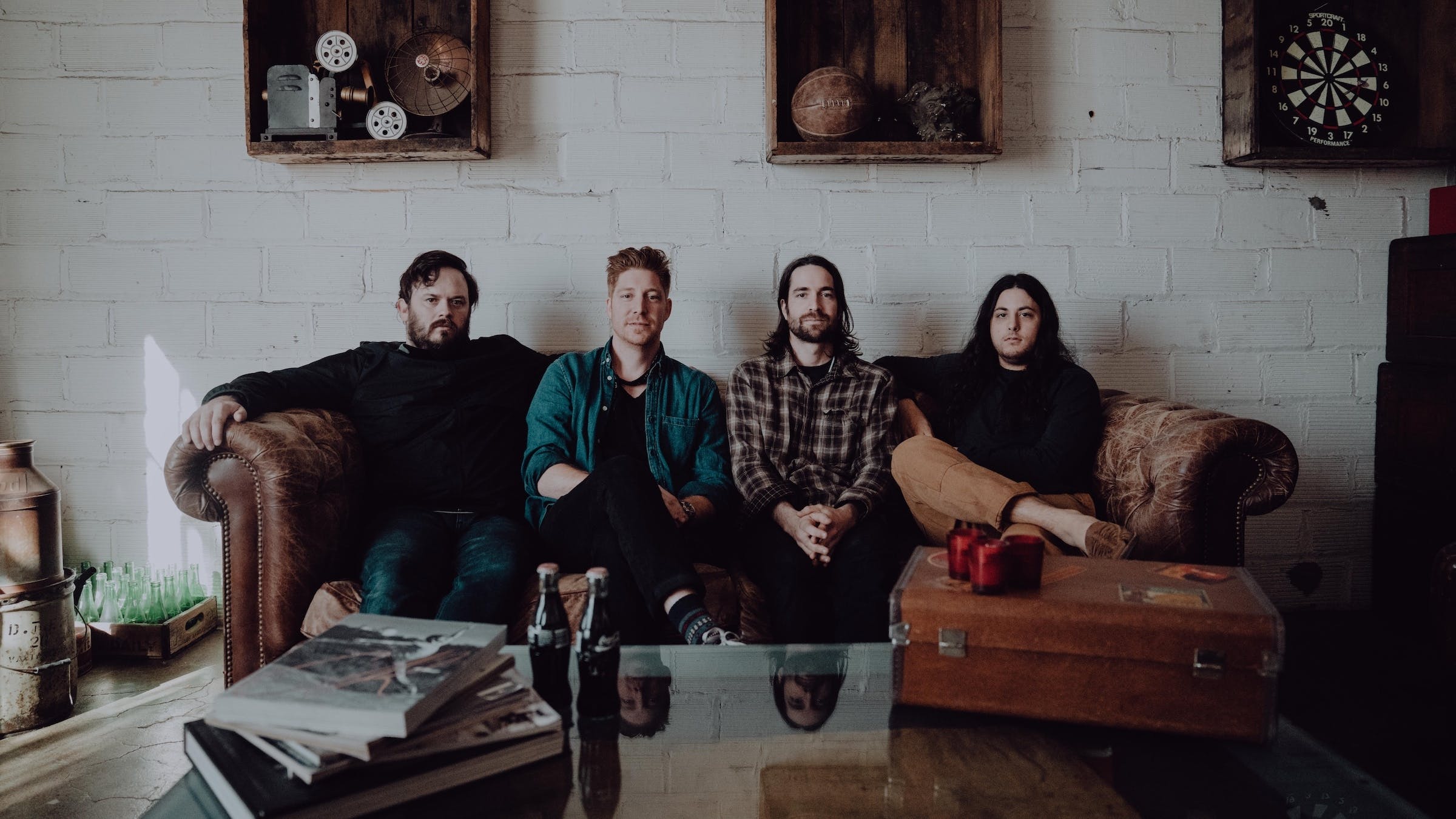 That As Cities Burn continue to make music is a testament to their dedication. No one would have blamed the post-hardcore four-piece for calling it quits when screaming vocalist TJ Bonnette quit the band to raise a family in 2007, leaving his co-vocalist, guitarist, and brother Cody to soldier on without him. Though the band made albums without TJ, their fans were taken aback by the lack of harsh vocals, and when the band officially broke up in 2009, most assumed that theirs was just a promising career cut short.

But the dream never truly died, and 2019 sees As Cities Burn releasing Scream Through The Walls, their first album in 10 years, via Equal Vision Records. Brimming with angst but streamlined through a mature lens, Scream Through The Walls trades some of dreamier moments of the band's early material for more kinetic, to-the-point emotional expressions. Hollowed Out, the album's latest single, feels like a heartfelt gush from the Bonnettes about what they mean to one another. When Cody and TJ cry out, “If you find you always do/Gravitate to isolation/Move into this empty room next to mine/And we’ll scream through the walls,” it sounds like two brothers pledging that no matter where life takes them, they’re always just down the hall from each other.

Speaking to Cody is like splashing your face with cold water -- he is emotionally succinct, thoughtful but sharp. When asked about his brother returning to the band, he is real as hell. “TJ coming back was like an old dream that died, that just fell right into our lap again,” he says, adding, “He’s a lot of the glue of the band -- just the perfect middleman to communicate everything.”

Did you approach TJ about coming back to As Cities Burn, or were you always talking about it, and then one day decided it was time?

The latter for sure. We were definitely waiting for the right time, but there was one moment where we thought we missed the right time, and just gave up. Drummer Aaron [Lunsford] and myself were living in Nashville, and we talked about playing music again. We were discussing that it would be under a different name at first, but soon it seemed to make more sense to just bring the band back. Then TJ, for other reasons, moved to Nashville. We lived together for a few months, without even talking about the idea of making music, but then it came out and we just got very excited. So then we got together with a few other musicians --Stephen Keech from Haste the Day playing bass; and Hunter Walls on guitar, who’s played in bands like Better Off and Mychildren Mybride.

Was it hard getting back into the swing of things? Were you trying to capture your old sound, or do something new?

Back when TJ left, we put out our second record, Come Now Sleep, and we had people telling us that if TJ had stayed, we would be so much bigger. I always laughed at the idea, but it was always in the back of our minds. Now, we’ve recorded something that will answer that question. That said, I am certain we haven’t found the sound we would have had back then if [TJ had] stayed, because it’s been so many years, and we’ve all grown from that. This is just what it is now. This is what we’re doing now. The sound would be different even if TJ didn’t come back.

For many, being in a band with their sibling sounds exhausting. Has your relationship with TJ been strengthened through the band?

I have a good relationship with my both my brothers -- TJ’s the oldest, I’m the middle, and our little brother isn’t involved in music. I really like having TJ in our music, and am genuinely a fan of what he does. Live, he does so much to just entertain. Singing and playing guitar gets very hard for me, but TJ runs around and puts on a great show. He’s a peacemaker, and he’s just fun to be around. I feel like tours are such a great time to spend with my brother. I tend to overcomplicate some of the writing, but he’ll remind me to bring it back down so we can catch it on the first listen. That’s been super important to this writing process.

Do you feel like there’s anything on the new album that old fans might be surprised or impressed by?

On the first record, we kept constantly changing things up. Now, I want to create a sound and groove that doesn’t take as many listens as before. We have some stuff that calls back to the first record, but now it’s a bit straight-forward. We tried making it more interesting on top of the foundation. Also, my faith has changed a lot since then. It’s not that I don’t believe anymore, but lyrically, we’re looking around at the culture and wondering if what we’re teaching is going the wrong way. It goes through a bit of a spiritual lens sometimes, but it's not so in-your-face that if you don’t believe in God, you won’t enjoy it. It’s funny, because around the time of our second record, a lot of people were telling us that because of the album, they stopped believing in God. And that’s fine and all. Maybe what you believed in before was just a shack that’s fallen down, and needed to be pushed over anyway.

Listen to Hollowed Out below:

As Cities Burn's new album Scream Through The Walls comes out June 7th via Equal Vision Records, and is available for pre-order.

Alternative hardcore crew As Cities Burn will hit the road with All Get Out and Many Rooms later this year.