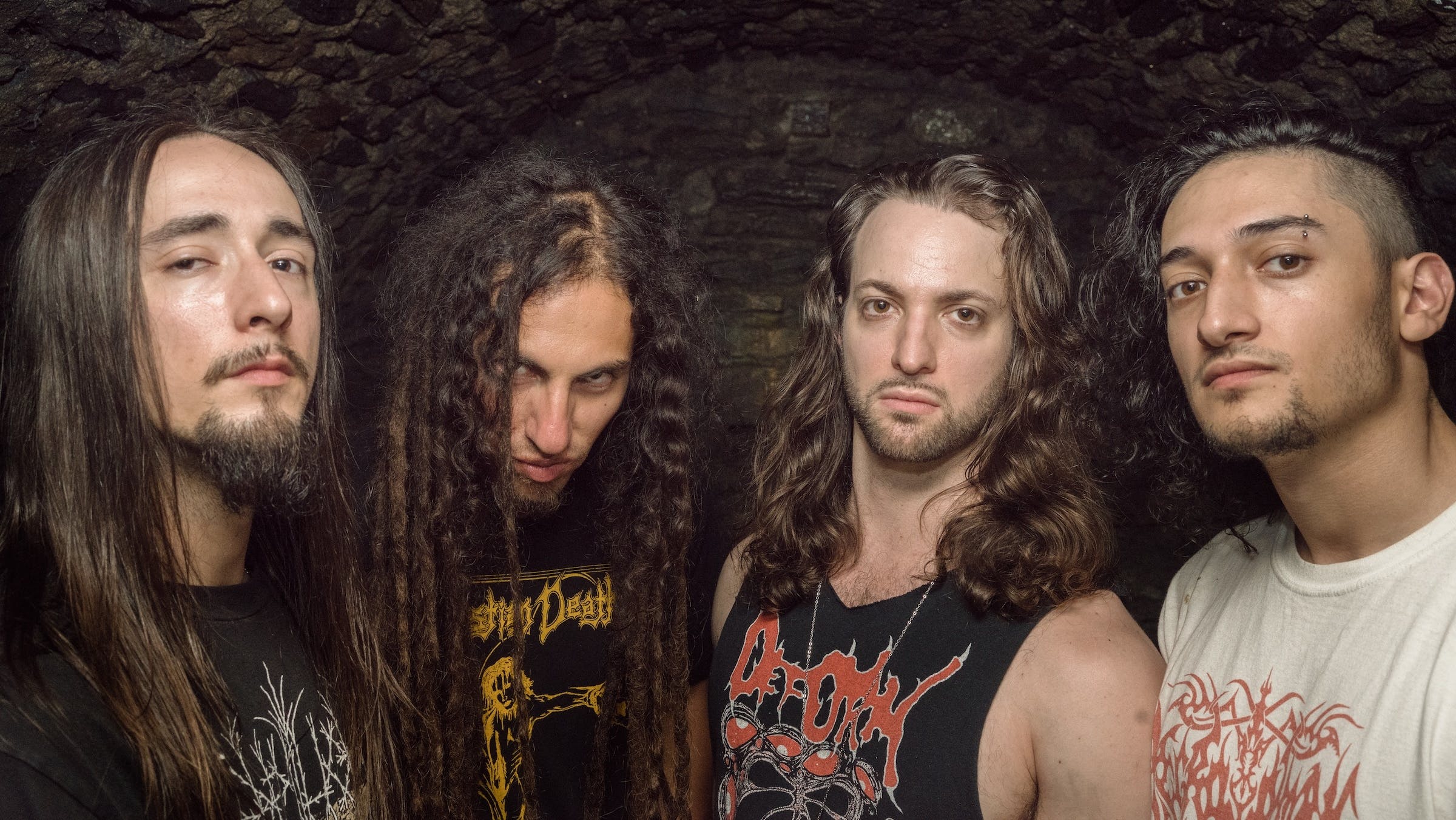 Of the recent crop of black thrash bands appearing in the United States, Philadelphia's Basilysk stand out. This is in part because the four-piece is one of the newest of the bunch, with their debut album Emergence dropping this Friday. But more important is the band's exciting sound, which combines the speed and fury of thrash, the all-at-once power of death metal, and the contemptuous arch-evil of black metal. The result is exciting, momentum-fueled tracks that scratch the itch for every extreme metal subgenre, total overkill that's dedicated to both the underground's roots and the trials and tribulations of being a hesher in 2019.

All this can be heard on the band's new track, Sad State Of The Art. The song's unhinged rhythms, killer riffs, and over-the-top gang vocals are excitingly old-school, but the song's production is more akin to refined sophomore albums than lo-fi debuts. The track itself references the current metal scene and what it sorely lacks--first and foremost, Basilysk's music!

"The songs on our Emergence album often deal with the trials, tribulations, and occasional triumphs, of being a metal head and a musician," says the band. "Sad State Of The Art is our bite at the music business from our perspective as hungry outsiders. Basilysk is here. Our teeth are sharp. We've only just begun to carve our name into the flesh of posers and wimps, with the release of this album.

That said, we're lucky to play music in a renaissance age, when there are so many gnarly death metal bands emerging from the underground. We are especially excited to share the stage with Dead Congregation and The Ruins of Beverast at the Stardust VII Festival on July 5th at Brooklyn Bazaar. See you on the road (and hopefully, in the pit) this summer!"

Bang your fucking head to Sad State Of The Art below:

Check out the insane front cover to Basilysk's Emergence:

Make sure to buy a copy of Emergence when Basilysk self-release it this Friday, February 22nd.