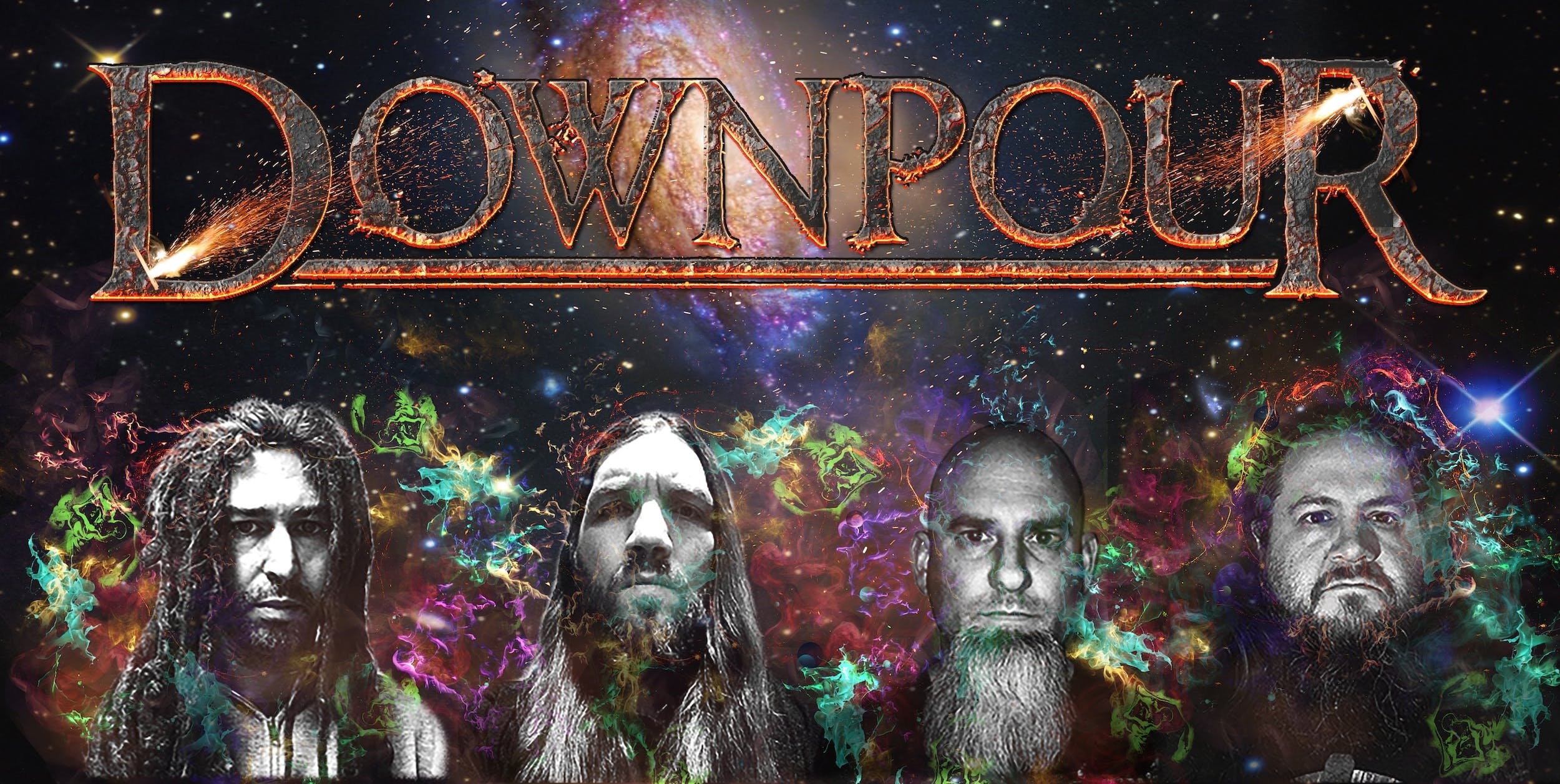 If you've been staring longingly at your Shadows Fall albums and sighing wistfully since the band's last release in 2012, today is your lucky day. Brian Fair – vocalist of the Massachusetts metalcore act that came up in the New England metal scene with titans such as Killswitch Engage, All That Remains, and Unearth – has a new project called Downpour, and Kerrang! have the exclusive premiere of the band's kickass self-titled debut album right here.

Formed by Fair and drummer Derek Kerswill (Unearth, Seemless) over a decade after the two had played together in Shadows Fall for a short stint, Downpour was rounded out by guitarist Matt LeBreton and bassist Pete Gelles in 2015. And though their album is only seeing the light of day now, the band got right to recording upon their formation.

“We wanted to make a unique metal record that represented our varied influences, unrestrained by sub-genre or any other restrictions,” Brian says.

Listen to the result for yourself below, before the album is officially released tomorrow, September 7, on all major digital platforms.

While you're jamming on that, check out our conversation with Brian Fair, during which he answered some questions we were dying to ask him after hearing this blistering new work.

Kerrang!: So what have you been up to in the last three years since the the dissolving of Shadows Fall and the recording of this new album in 2015?

Brian Fair: It's been quite the drastic change for me, lifestyle-wise, since Shadows Fall stopped touring full time. I've been in full on dad mode, hanging out with my amazing wife, working full time for a guitar company, and teaching my daughter and son the subtle differences between thrash metal and crossover. I've still been making music with the guys in Downpour, and am singing for a sludgy punk rock band from St. Louis called Hell Night.

Why did you guys consciously decide to sit on the record for a few years, not releasing it until 2018?

BF: It really came down to life getting in the way for the most part. When we started working on the album, I was living in St. Louis, and the rest of the guys were in Massachusetts – so distance was an issue. Once tracking was completed, I had my second kid, Derek started a new career… just a lot of things came up, so we couldn't really give it the attention it deserved at the time. We had put so much heart and soul into these songs that we wanted to wait until we could find the right team to help us unleash the album on an unsuspecting world.

What about this release would you say you're most proud of?

BF: I truly pushed myself vocally on this album. I tried to step outside of my comfort zone and sing in a natural way that was agenda free and non-contrived. The lyrics for these songs came from a very personal and honest head-space, as well. Shadows Fall lyrics tended to have a philosophical or spiritual slant to them and there is some of that in the Downpour songs – but they are much more about personal experiences and sorting through my own thoughts. I'm also really proud of the way our cover of the song Mountain by the amazing band Great Northern came out. The original is a very sparse and somber song with brilliant female vocals and when I originally came up with the idea of creating our own version, I wasn't sure how it was all going to end up. The final result really exceeded all of my expectations.

Do you think Shadows Fall fans will get a lot out of this record? Any major differences they should be prepared for?

BF: There is enough heaviness and shred to appeal to any Shadows Fall fan. Matt is a beast on the leads and these riffs hit super hard and heavy. Lots of subtle technical moments as well that should appeal to them. Some of the differences would be our focus on groove and atmosphere. We are not afraid to slow things down let the songs breathe before pummeling you once again. Also, vocally I really tried to extend my range into places I had not gone to before.

Are any live dates in the works for the near future?

BF: No shows planned at the moment. We've only played a couple in our existence and they were both amazing, so I do hope we can get back onstage soon. ’Til then just put on the record and vibe out!