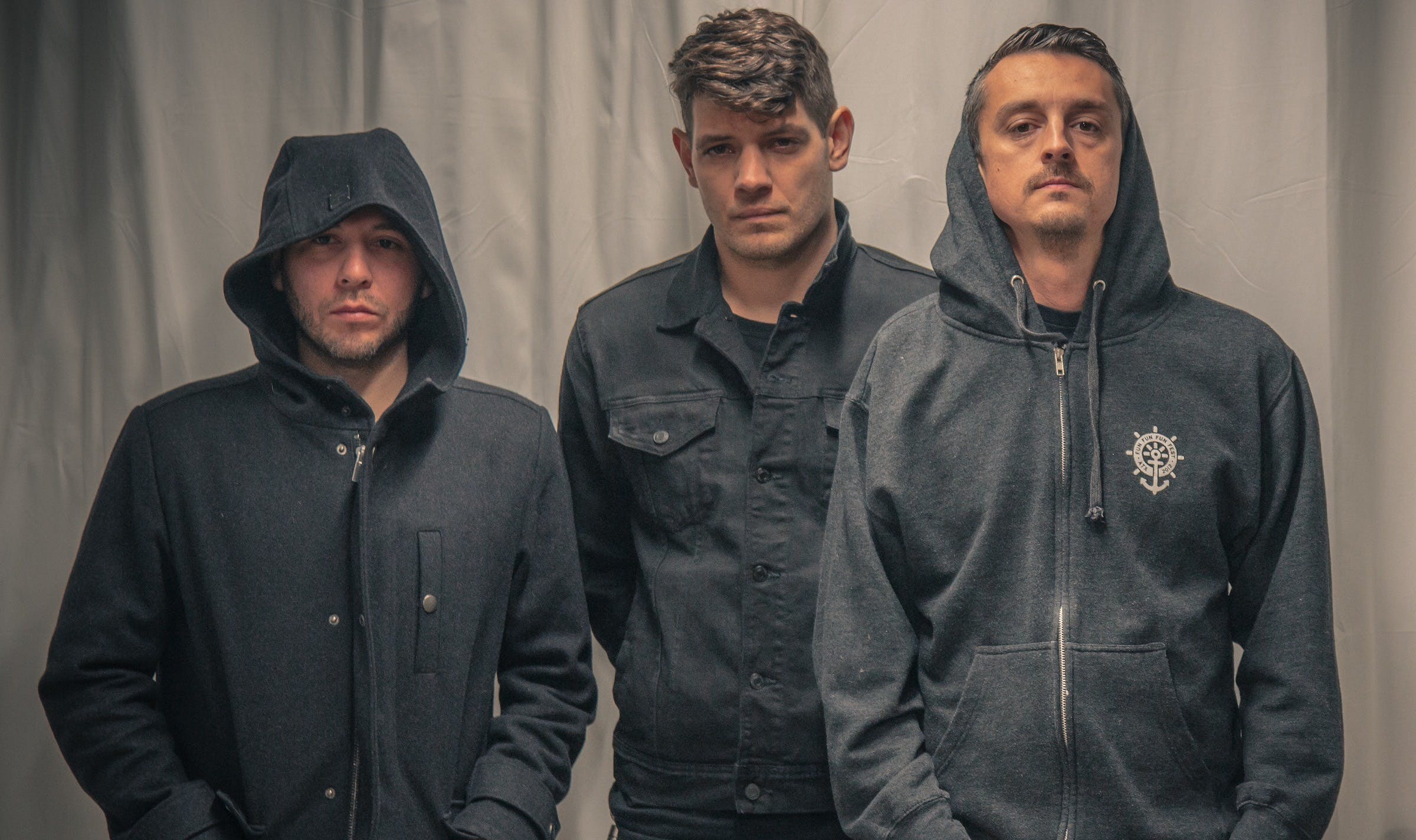 It's safe to say that Glassing make a beautiful whole from the sum of their differences. The Austin, Texas-based post-rock trio is made up of three musicians from very different backgrounds, and yet their combined talents result in violent, emotionally-charged music that cuts straight to the chorus. From their wailing guitars to their staccato rhythms to their hollered vocals, Glassing find the sweet spot between Deftones, Dillinger Escape Plan, and Big Black, and drive a spike deep into it so that fans can hear the raw sonic substance that bubbles forth.

The band's new single, Lobe, streamlines this approach with admirable power. Though less than two minutes long, the track -- which the band describes as "about endurance", and is inspired by "listening to a whole harsh noise album" -- takes the listener on a journey, traveling between frantic emotional flourishes and thick, crushing breakdowns. If it's indicative of their upcoming new album Spotted Horse, then fans of post-hardcore and noise rock are in for a lush, refreshing blast.

We reached out to guitarist Cory Brim to learn a little more about the band's ethos and what went into Spotted Horse's creation.

Glassing has a unique, multifaceted sound, with a lot of different influences involved. Where'd your specific take come from?

I don’t think we go out of the way to try and do anything different. I think it’s just that our bass player is a math-rock guitarist, our drummer comes from the noise-punk world, and I’ve always been better at pedals and tone and gear than technically proficient at guitar. I think when you throw all that into the mix, you can hear where we’re coming from, and the different kinds of music we like the most, this tornado of influences that we all sort of meet in the middle. It’s a Venn diagram, with the center being, What can we all agree upon?

Is that approach ever difficult? Do you guys ever fight over parts?

We basically bring scissors to practice and just cut out every part someone has brought, ALL the time. It will take us months to write a song sometimes. We’re definitely not perfectionists by any means, but we all have such different visions of where a song’s going to go that we will take parts out two months after we thought it was done. Sometimes, we’re rewriting to the point where we’re in the studio. So yeah, there’s fights. We fight, and then we always hug each other at the end of practice.

What are you most excited for people to hear on the new album?

It’s probably the range that we have on this record. On the first one, those were songs. On this one, it’s an album. It starts with chimes ringing, and then it gets dark, it gets rowdy, there are some introspective parts and then the energy comes back up. Towards the end, there’s a kind of song that we’ve never written. There’s a wider range of tones, and we just put so much more work in the arrangements.

Did you ever feel stretched thin, trying to find that range? Were you ever forced to step your game up, even if it was hard?

We definitely pushed ourselves, but the growth came naturally. We’ve been together for four years now, so we felt compelled to push ourselves. When we wrote it, we went to this ranch -- it’s a place that our friend runs -- and we literally had to get up in the morning and feed sheep and goats. We got groceries, went to the liquor store, and holed up for four days. Sometimes we come back to our weekly practice, and we’ve forgotten the part we were working on. It helped us to be together for four days straight.

Was there one moment on the farm that left its mark on the album?? Can we hear, say, a lot of the chickens on this album?

There was! There were these goats, man, and they would smash their heads against the wall every morning. And that energy, that power, that frustration, that urge to get something out of you...we talked abotu that a lot while we were writing. We asked ourselves, ‘What would that goat do during this part?’

Glassing's Spotted Horse comes out May 17th on Brutal Panda Records, and is available for preorder.

The Lunar Year – The Vamps’ Connor Ball and drummer Sasa Macek – have shared their self-titled debut, and are currently on the road in the UK…