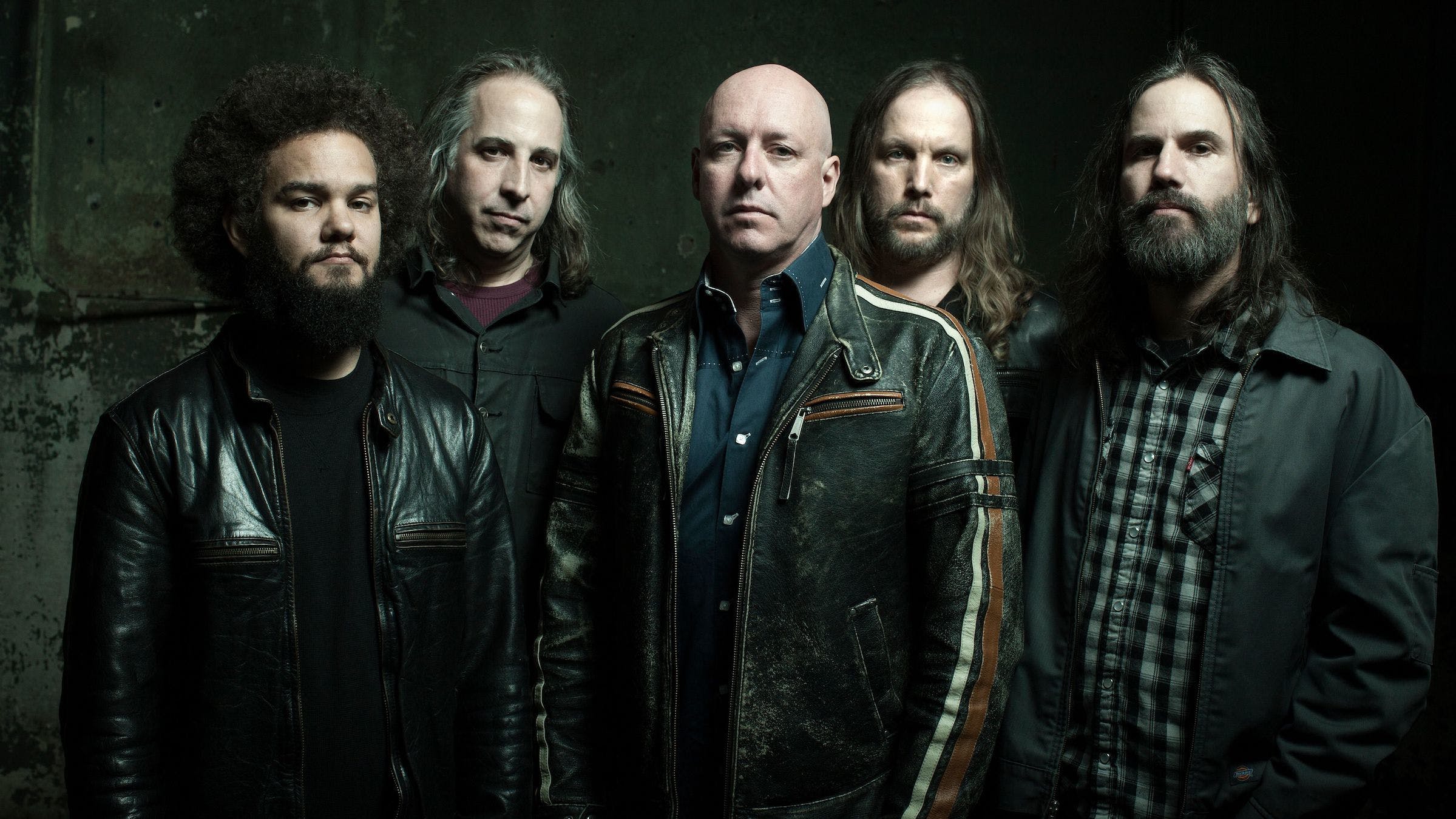 Brooklyn’s Kings Destroy have done what many bands try to do but fall short: For the past nine years, they have been mastering the type of dirgy, distorted, yet completely straightforward and fun rock ‘n’ roll that can appeal to everyone from the underground sludge fan to listeners of top-40 rock hits. Their fifth LP, Fantasma Nera, which arrives on Svart Records next Friday March 8, is no exception to this rule: It’s heavy as hell, completely headbangable, full of thoughtful lyrics, and generally makes you feel really good to listen to. Kerrang! Is proud to exclusively premiere the latest single from the new record, Seven Billion Drones, below:

Guitarist Carl Porcaro comments, “This is a song about isolation and hatred in the connected age and its effect on the human psyche. The lyrics are very straightforward and the music was meant to be as well. The song's chorus and verse are based on the same theme, but as it developed we felt the need to take a left turn and added a proto-thrash inspired part with a data corrupter blast riding over the top.”

Catch Kings Destroy on their US tour:

Fantasma Nera is out on March 8 via Svart Records, but you can preorder it right here.