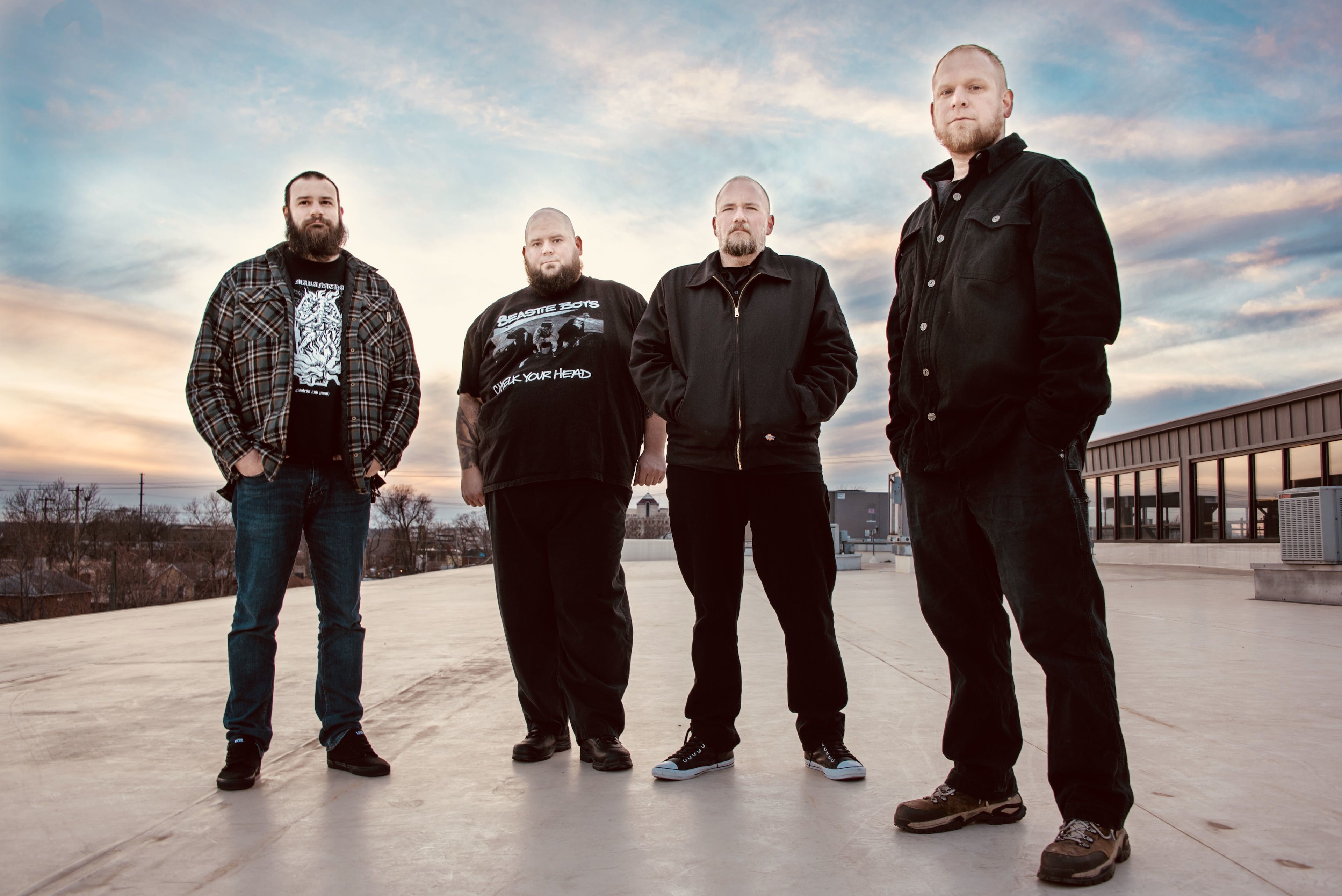 Named for the evil Chinese character in John Carpenter’s cult classic movie, Big Trouble In Little China, Columbus, Ohio’s Lo-Pan have been churning out hypnotic stoner rock since 2005. Five years after the band’s last record—2014’s Colossus—and two years after their In Tensions EP, the four-piece are back with their fifth full-length, Subtle. Their first record with new guitarist Chris Thompson, its 11 songs see the band—completed by vocalist Jeff Martin, drummer Jesse Bartz and bassist Skot Thompson—continue to evolve their sound, crafting intense, swirling tunes that float with both an otherworldly grace and a devastating menace. But don’t just take our word for it—you can listen to an exclusive premiere of the album right now below, followed by a chat with Jeff.

We live in an era where the idea of subtlety tends to get lost. Can you tell us a little about the decision to call the album that?

The album title Subtle started out as a joke in the studio. Really just because there is nothing subtle about this band at all. We play loud. We are all pretty opinionated. And none of us, with the exception of Chris, are very shy about sharing those opinions. But there is nuance in the music we make together. There are dynamics. There is a conversation taking place between us when we play together. There is a give and take. There is an unspoken thing that happens when this band plays that I feel in my heart. It's a feeling that I can only describe as 'more than the sum of our parts.' It's pretty special to me and it's not something I have ever felt at any other time in my life. I think it's pretty cool.

It's been almost 5 years since Lo-Pan released an album. What's been going on with you guys in the meantime?

A whole bunch of things. We did release an EP in 2017 called In Tensions but our last full length was 5 years ago. Right after our last full length, Colossus, was released, Skot, Jesse, and I decided we just couldn't be in a band with our first guitarist Brian anymore. It was one of the hardest things I have ever gone through. Brian was like a brother to us for a long time.

I think our transition to having Adrian was just too fast in hindsight. We did the EP with [a new guitarist] Adrien. But I honestly don't think we took enough time to prepare him for what it was going to be like doing heavy touring. We did some pretty long runs with him pretty quickly. Month long stints. Then six weeks. Just kinda relentlessly. And we did those things because it's what we had always done. We should have made sure he was going to be able to take all that before we did it. In the end it was too much for him. And he bowed out before the EP even got released.

After that I think we needed to take some time to not make the same mistake. So it took a little time to find someone new. I already knew Chris and I knew he was talented. But I spent a good while talking to him about the touring aspect. And the mental aspect. And made sure he took the time to think it over. I wanted him to be absolutely certain before he even showed up to play. After he joined the band we decided to hang back and really just spend some time becoming good friends with Chris. Learning how to play music with him. Learning how to write music with him. Realizing just how awesome he is. All that before we even started writing new material or started talking about touring. I'm so happy we took that time. Because honestly we should've had Chris all along.

When you play live, you tend to stand behind the other band members. What's the reason for that?

Honestly it started out as a pragmatic decision with regard to volume. We are a pretty loud live band. And when we first started playing shows, most of them were in venues with smaller PA systems. So getting the vocals over the amps and the drums (and the cymbals) was a challenge. Especially if I was standing in front of those full stacks of speakers and all of that stuff was going straight into the vocal mic. Switching the classic drummer/vox positioning was an attempt to maximize vocals through the vocal mic. After that I think I just got used to it even when we started playing larger venues with better PA systems. We switch it up now when the stage allows. Sometimes we line up four across the front of the stages and sometimes we still do it the other way. Everyone seems to think it's some esoteric decision or that I'm trying to copy Maynard from Tool. But nah. I just want to make sure I am heard as much as possible.

Subtle is out this Friday, but you can preorder it now.