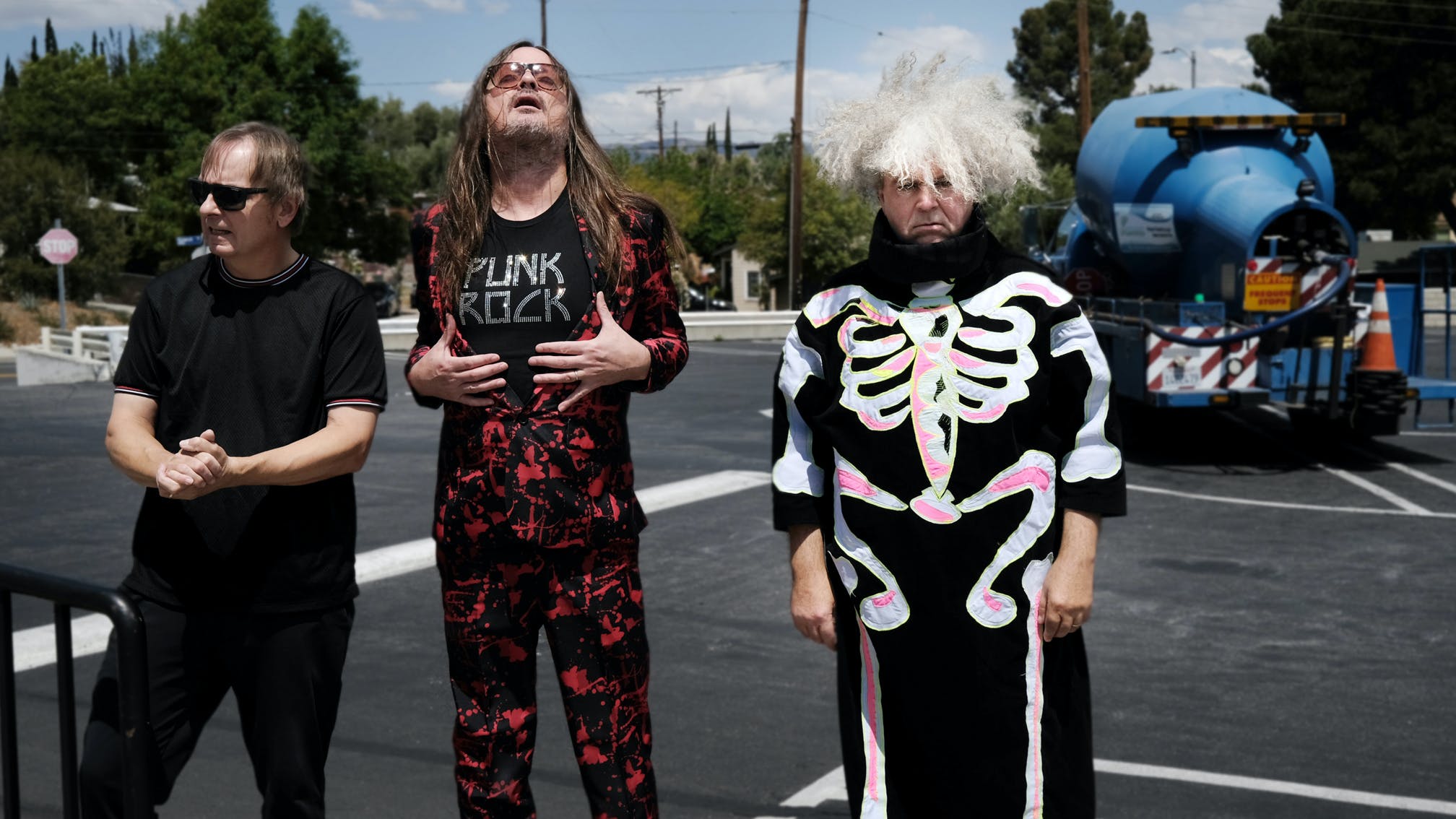 Ahead of the release of their first-ever acoustic album, Five Legged Dog, on October 15, the Melvins are premiering an awesome new rendition of Revolve exclusively with Kerrang!.

Frontman Buzz Osborne explains of the (seemingly very natural) reworking of the Stoner Witch track: "I wrote Revolve on an unplugged electric guitar in a hotel room in San Francisco and it sounded great! Obviously then it wasn't hard to make an all acoustic version of Revolve work. It's a great riff."

It's just one of a whopping 36 songs that sit on the career-spanning Five Legged Dog – from 1987’s Gluey Porch Treatments to 2017’s A Walk With Love & Death. And Buzz reveals of the motives behind the whole undertaking: "I knew I wanted to do something ridiculously big. Thirty-six songs reimagined by us acoustically is certainly ridiculous but it works.

Read this: 12 bands who succeeded by never selling out

"The magic of the songs is still there regardless of it being acoustic. Since we weren’t touring we had the time to do something of this size. I’m very excited about this record. Dale and Steven did a fantastic job on this. I think it’s a very special record. I can’t think of anyone else who’s done something like this.” Incredible effort, guys!

Listen to Revolve below:

Sludgy alt.rock legends Melvins keep it heavy as they revamp their original line-up.