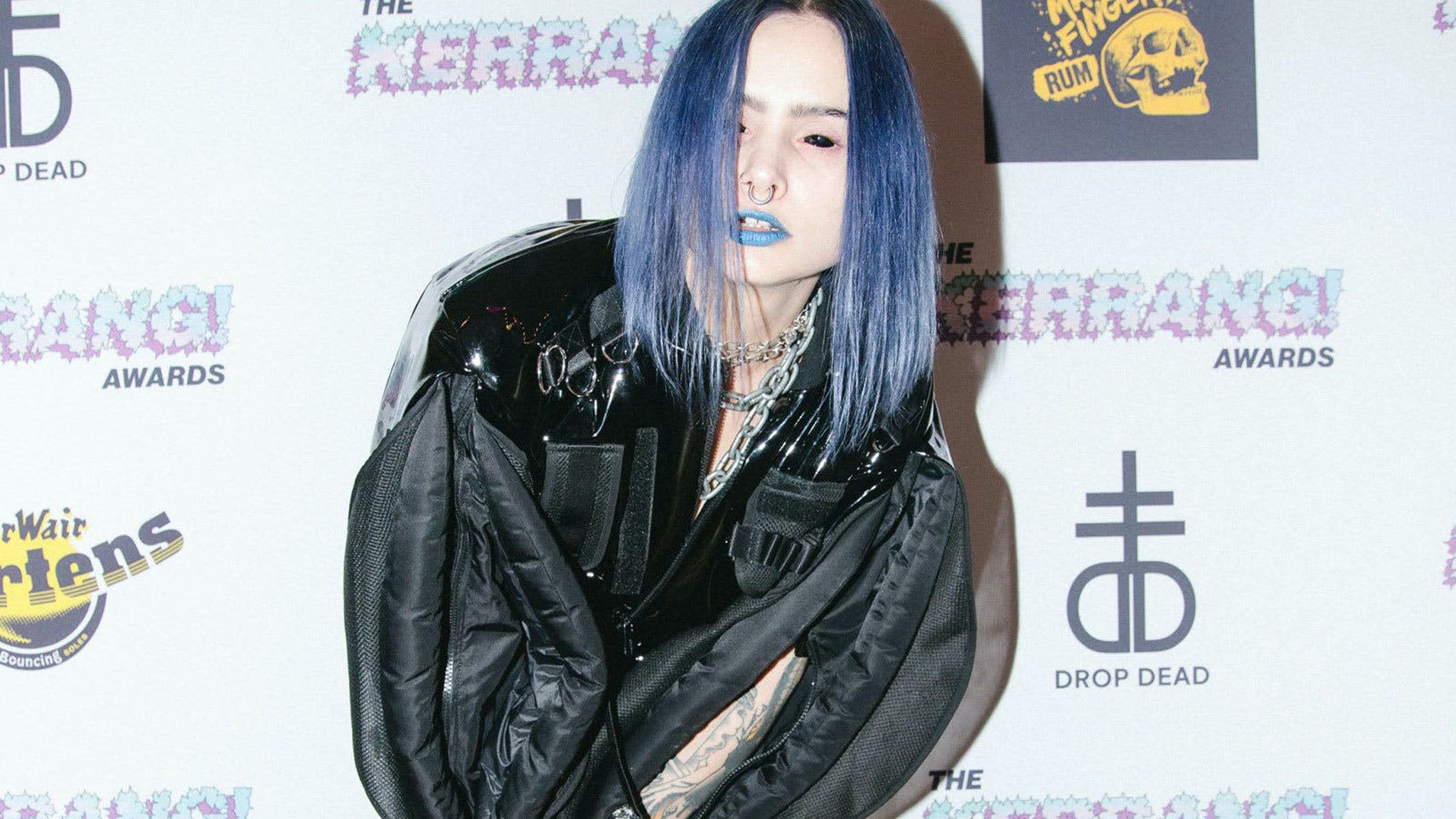 Exciting news! Fresh from picking up the first-ever Disruptor Award at the Kerrang! Awards in June, the incredible Mimi Barks has teased that new music is on the way.

Performing at London’s Islington Assembly Hall earlier in the week, the musician paused to tell those in attendance – who were the first people in the world to hear the news – that she would be dropping a brand-new mixtape in December. Of course, we’ve already had some great tunes from the doom-trap star in 2022, from DEADGIRL to RAD, and we can’t wait to hear what else she’s been cooking up.

A couple of months ago, after handing Mimi her K! trophy, backstage at the event she told us of her plans to shake up the system. “Apparently my music irritated people,” Mimi enthused. “That’s all I ever wanted. I feel like my music has left people with a question mark. It’s amazing to be a part of the new generation of heavy music: different artists, different styles and sounds, but we are all part of the one generation, taking metal in a whole different direction.”

Hell yeah. Watch the moment Mimi told the crowd about her new mixtape below: