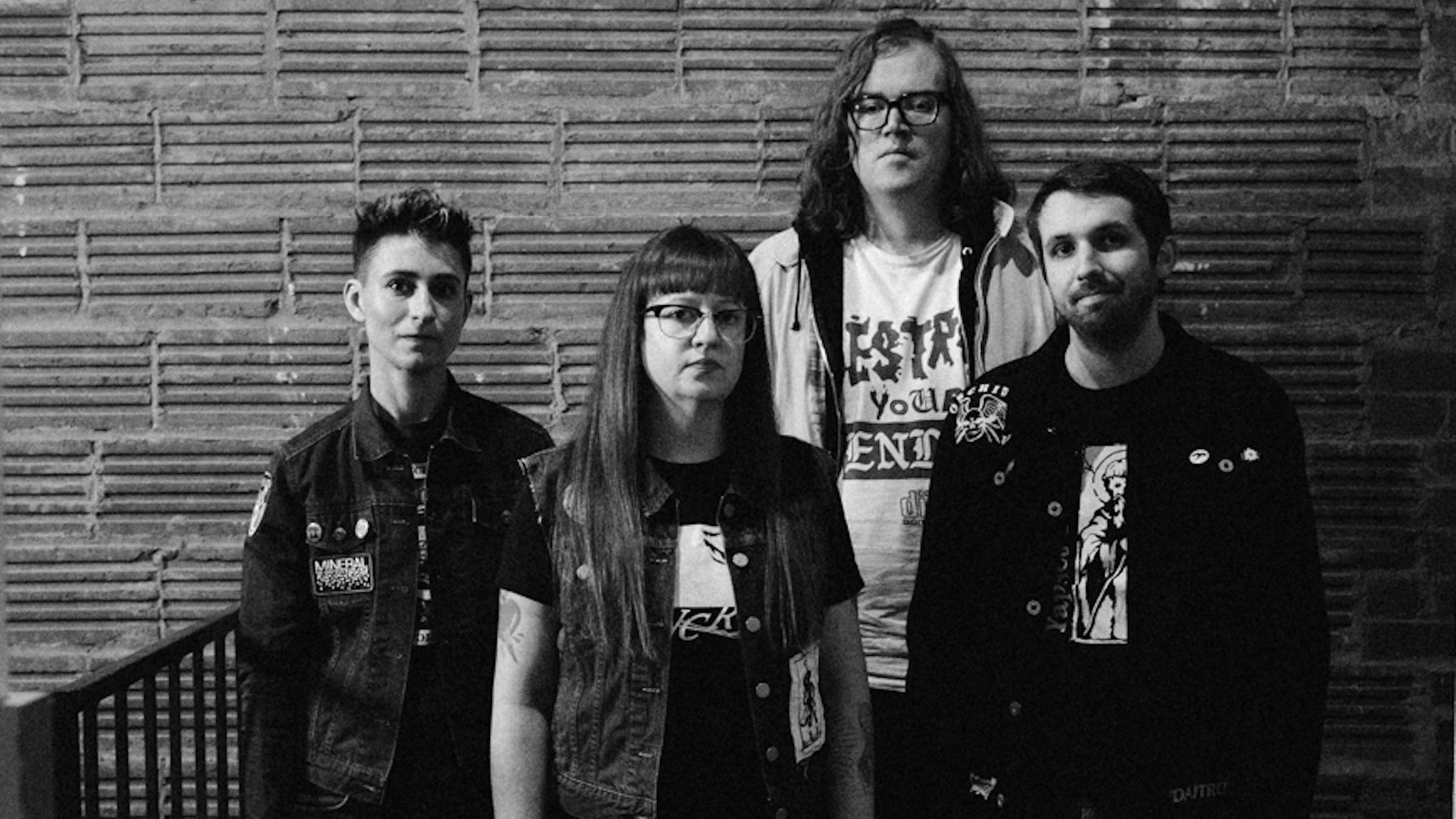 Sometimes, you hear a record that immediately burrows itself into your skin. It flows through your veins, bubbles in your blood, and fills you with a wealth of conflicting emotions that make you feel happy to be alive -- even in your darkest moments. Overo’s debut full-length is one such album. Comprised of members of football, etc.(guitarist/vocalist Lindsay Minton, bassist Mercy Harper) and Perfect Future (guitarist/vocalist Brendan Stephens) alongside musical maverick and drummer John Baldwin, the Houston, TX-based band only formed in November 2018, but took no time in getting to work and writing these songs.

“Lindsay and I knew Brendan from our time on Count Your Lucky Stars Records,” explains Mercy. “We were labelmates with his band Perfect Future. He moved to Houston recently and reconnected with John -- a mainstay in the scene who’s played in a lot of bands, booked shows, and owns a record shop -- and they talked about starting a band. Lindsay and I were on a bit of a break with our band football, etc., and decided to try jamming with them. Everything seemed to click right away.”

“I wouldn’t call it a rush,” adds Lindsay, “but things really have come together quite quickly. We started practicing in November, and even with the holidays and such, we managed to record a demo and full length by March. We are all very excited about this project, and want to keep moving with the momentum."

A dark record both musically and lyrically, Overo’s self-titled debut is full of loss and death, regret and faded youth, yet tempers that existential gloominess with a sense of wistful nostalgia and a defiance that inspires you to keep going, no matter what. A mix of emo and hardcore with a few shades of post-rock texture thrown in for good measure, the album was recorded by Chris Ryan in Houston on March 23 and 24 this year, and is both raw and accomplished, beautiful and visceral. In fact, it sounds just like the favorite band from your youth that you never had -- until now.

“Honestly,” says Brendan, “this record means a lot to me because when I left Perfect Future to go to grad school four years ago, I had assumed that I’d never have the opportunity to be in a band like this again. This might not really be the answer you were looking for, but when I think about this record, I’m mostly just unbelievably pumped to have this opportunity again. It feels like I’m 21 again.”

Listen to Overo's self-titled album below:

Check out the cover art below:

Overo's self-titled album comes out on vinyl later this year from Middle-Man Records, and is available for preorder.